What Are Your Dreams Trying to Tell You? 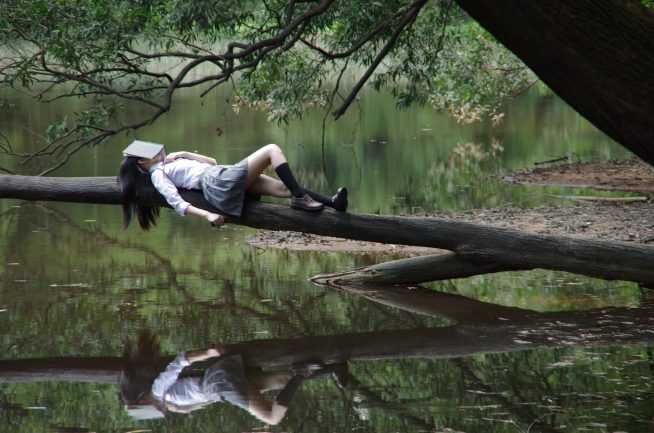 My dreams are often startling in their ability to predict, reflect and inform me of my next steps, blind spots and vivid aspirations in waking life.

Before I was laid off from Lyft and given the “I want space card” from a now ex, I had an eerie dream where I was in a small, enclosed courtyard of sorts — similar to a tiny, NYC brownstone backyard.

There stood my three, recién fallecidas, female elders. Crones in their own right, they hovered, silent and powerfully expressionless.

It was dark and everything was monochromatic.

Resting in my hands was a black burlap sack of sorts. It was known to me in the dream to put the bag over my head and that when I did, I would die. Not a physical death but a spiritual one.

I didn’t want to let go.

In waking life, they’d been dead for only a few months, but they stood there, ominously, waiting until I finally put the sack over my head and committed to what would be a massive departure of identity or as its referred to in Women Who Run With the Wolves, “the gathering of bones”.

This dream predicted the emotional journey I was to embark on, one that would endure almost three years. One that led me to change my name, heal from sexual abuse, move to another country and reinvent my career.

Dreams bring you into other realms.

It was a Friday.

My first night on my college campus and I was in Monique’s room as she was flat ironing my hair. You know… doing girl shit.

I remember looking at the clock and thinking that I should call Tom.

Tom was my cousin’s best friend. A Georgia-bred marine, he’d fought in Iraq, liked his liquor and laughed with the entirety of his smile.

He developed a crush on me and earlier that summer, invited me to visit him in North Carolina.

We die and are reborn countless times in our lives.

Hair now straightened, I retired to bed to be met with a profound dream, one I would remember over a decade later.

I was in a blank room with no walls. I’m not even sure if there was a floor. Diagonally and to the left of me stood a line of people I’d gone to high school with — all of which had died tragically, mostly from car accidents.

There in front was a friend named Dan Otremba. Dan had died in a freak car accident by my house freshman year of high school. It was obvious to me that they were welcoming someone new and that I was separate from them.

But I couldn’t see who they were welcoming, though. Their back was to me.

I woke up from the dream feeling uneasy.

I glanced at the clock. It was late. I fell back asleep only to awake again later that night. I squinted at the alarm clock from across the room before I rolled over, destined to wake up one more time before morning.

While sitting at Subway post workout, barely one day into college, my flip phone rang. It was my cousin, Sara. She wanted to let me know that something terrible had happened.

Tom had been in a car accident the night before.

It was a hit and run.

He nor his friend survived.

I’m so sorry, she mumbled through tears.

He was hit by the car while I was getting my hair straightened.

Tom died shortly before I awoke from my first dream. His friend, around the second time I restlessly glanced at the clock.

My dreams tell of death, shifting winds, growing tides, and of things unseen.

Some are hard to translate and others still, hard to forget.

It makes me wonder what lay in the way of death and dreaming.

Are they not in fact two sides of the same coin?

Are they not inextricable parts of the same mystical puzzle?

For a long time, dreams symbolized death for me. Dreams fulfilled meant that things would change, people would leave, and I would be left alone.

Is it possible that the link between both is a form of spiritual symbiosis? That to birth our dreams we must first shed and even destroy that which stands in the way of our highest evolution?

What do you dream of at night and in your waking life? What do your dreams tell you? Share in the comment section below.