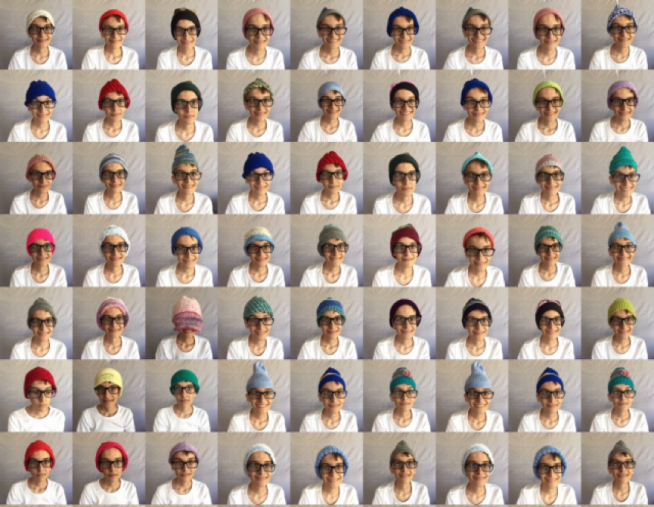 “Josh has just gone through to ICU. It’ll take them a little time to connect all the monitors. They’ll call you in a few minutes,” the doctor slipped off his surgical cap and rubbed at his face. It was early on a Sunday morning and I could see a dusting of sandy stubble on his cheek.

Shannon and I leant as far forward as we could in the saggy waiting room chairs. A florescent light winked and stammered above us. The surgeon nudged a forgotten magazine to one side and sat on the couch next to us. He leant forward, resting his elbows on his knees.

“It’s not good news, I’m afraid,” he said, “the liver is filled with tumours and I found evidence of inflammation in the lymph nodes.” My ears began buzzing and I could feel my heart pounding in my chest.

“The oncologist said there was a chance he could be a transplant candidate?” Shannon asked. Shannon’s voice still contained a chord of hope. I already knew that all hope was gone. I’d known the moment the surgeon sat down.

“The cancer has spread outside the liver. To do a transplant I’d need to supress his immune system and then the cancer would grow unchecked. I’m sorry.”

“Is there a chance the inflammation in the lymph node isn’t cancer?” I was clutching at straws. We all knew it.

“I can’t be sure.” He paused and then said, “I know the liver is gone and I know the cancer has spread. He’s not a transplant candidate. I’m so sorry.”

“Without treatment?” Tears gathered in the surgeon’s eyes. He swiped them away as if worried that this glimpse of humanity would somehow be deemed unprofessional. “With such an aggressive cancer? A couple of months. Maybe.”

Shannon and I sucked in air simultaneously. Shannon reached for my hand. “I thought we’d have longer,” my husband said. I didn’t recognise his voice.

“I’m not an oncologist. Perhaps with chemotherapy…” The surgeon shrugged.

Shannon and I already knew that the oncologists had declined to offer chemotherapy to our son based on the invasiveness of the treatment and the poor prognosis. Transplant was our last hope.

Yesterday that same young man told me he had signed up to swim the Midmar Mile – a mile long swim across a local dam.

“Don’t worry,” he laughed at my shocked expression, “Nadia says she’ll swim by my side.” Nadia is his swimming coach and an accomplished long-distance swimmer in her own right. I shouldn’t be surprised because this is only the latest in a long line of challenges Josh has set himself since diagnosis. They run the gamut from getting back to school, to getting out of a wheel chair, to starting a technology club, to organising a “not-dead-yet” party for the medical team who’ve been treating him.

Josh was lucky. A second oncologist didn’t have the same view on treatment and began palliative chemotherapy back in March. There is still no cure for Cholangiocarcinoma – a rare cancer of the biliary ducts that is usually confined to geriatric patients. As the days became weeks and the weeks have become months Joshua’s oncologist has also, hesitantly, begun planning for a future she initially gave him a one percent chance of attaining.

You would think that being given an ‘expiry date’ for your child would be the end of happiness in a family. Certainly we have had moments when I thought my body must surely be too small to contain so much grief but, eight months later, we find ourselves….happier.

Cancer is a cruel but effective teacher. We have learnt more than we cared to about medicine and doctors and hospitals and scans and blood tests. It has also taught us invaluable lessons on how to be happier. Here are two:

When the possibility of a ‘future’ was taken away from our family, so were all the plans for the things we would do ‘then’. Instead we had to focus on making now happier.

How do you make today a happier day when your kid is crippled with pain and sick from medication? We focused on tiny things. Was the food good? What about what we were reading or watching? Were the right people in the room? Were the “wrong people” out of the room? We focused on enjoying the warmth of early morning sun, sitting with our pets, talking about not-very-much. Little moments that added up to a happy day.

The lesson: Happiness is small. It creeps up from a foundation of a thousand tiny moments.

Ask yourself this: If all the things you plan to do in the future were cancelled what would you do, today, that would bring you joy? Think about the smallest thing you can do right now that will make you happier. Now do it.

Lesson two: Happiness is in the doing. Your intentions don’t count.

I had always said I am a “family-first” person. Usually I said this from an airport on my way out of town to help a client. Sure, I worried and fussed over my children but from hundreds of miles away. I did this whilst always telling them, “family first”.  I was successful and “doing it all” but I wasn’t actually putting my family first. As a consequence, I didn’t always feel very happy.

When Josh got sick the only thing that seemed important was being physically present. It didn’t take more than a second’s thought to suspend my business. Eight months later we don’t really miss the extra income but I know I’d regret not having the time to connect. We’ve had a thousand conversations (big and small) that have left us closer than I thought possible between a teenager and his mom. Even just thinking our talks makes me smile.

The lesson: Forget about your espoused values. Do what’s important.

The things that really make you happy with rarely appear on a motivational poster. “Team work” wont make you happy but playing nicely with your colleagues just might.

Stop talking about your values and do the things that are really important. @pennycastle (Click to Tweet!)

For me that means being with my family but for you it could be learning or cooking or caring for small animals.

Ask yourself this: What is the thing you’ve done recently that made you feel like you were best version of yourself? Whatever it was, make time to do it everyday. Don’t talk about it. Do it. Today.

When I look back on the last eight months I have only one regret. I wish we hadn’t waited for cancer before we made each day the happiest it could be.

Here’s what you need to remember:

Talk to me! What the small actions you could take today that would make you feel happier?

Penny Castle is a writer and happiness expert. In January 2017 everything she thought she knew about happiness was turned on its head when her teenage son was diagnosed with a rare and aggressive cancer. Click here to get access to her articles on cancer and despair and happiness and gardening.