Laughter is the F U T U R E 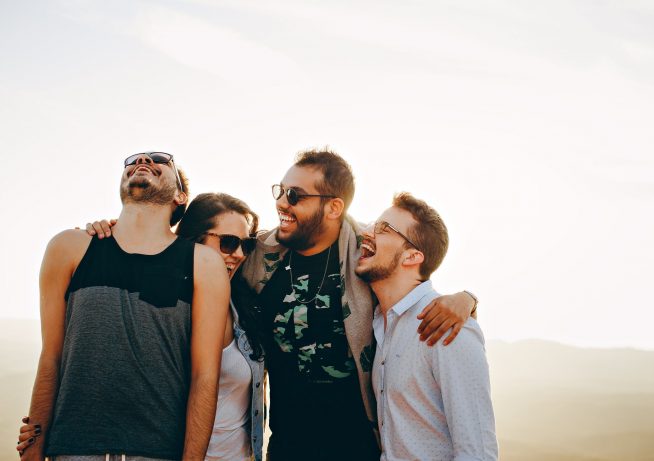 How comedy saved me from political hell on social media.

What is creativity? What is self-realization? How important is laughter in the context of our daily lives?

About two years ago, I decided to honor the call of laughter that was foraging from within me. It felt uncertain. Tempting. Like death.

In fact, I was certain I was committing career and identity suicide. I’ve written about this frequently. Eliminating the suffocating elements of my life ultimately became a ticket to greater creative freedom, but it wasn’t without suffering.

Creativity is a birthright, one that we often forgo in an effort to be liked, to feel safe, and to find certainty in a life that is inherently uncertain.

The overwhelming pain on social media led me to seek refuge in laughter.

In the late spring of 2016, Philando Castile was killed in Falcon Heights, Minnesota by the police. It felt like every time I looked at Facebook, another black man had been killed by the cops.

Black, white, purple or gay, we’re human before all else. We all have a right to live and thrive.

I cried for two days in my bedroom. I’m crying now as I write this. I feared for the lives of my friends and was terrified of American authority figures. The grief so great it weighed on my chest and heart like a prison of impossibility.

“How are we to move forward,” I bellowed.

How am I to get out of this bed?

What about my friends in the states? Are we safe?

In 2016, we still leverage differences — such as our sexuality, our upbringing, the color of our skin, and even the foods we eat — as a point of division and discrimination rather than a catalyst to connect more deeply.

The President of this country hates us, I thought. I can feel it. I don’t need to hear him say it.

I can feel it.

A year later, I realized that true change starts with me.

I turned off social media. I turned off the sounds, sensations, and sorrow pouring at me from the human collective and started to listen, intently, to the songs coming from within.

I think there’s a very real remedy that lay in the hands of creation, of untethered imagination, regardless of how we self-identify.

The song was faint but present.

I found safety in creativity and a foreign sense of understanding and protection in laughter.

Do I want laughter? Awesome. Let it begin with me. I get to be, spark and find laughter, first.

Do I want to comment on social issues in a way that feels profound and light, crossing the chasm of the human experience to hopefully evoke a sense balance, peace, and wonder?

To be an artist is selfish and with good reason.

These videos and stories — like the one above — were born of the desire to rise up from the ashes and fire I felt around me.

I had to go higher.

So I found my way to the heaven-on-earth through laughter and the challenge of telling stories rooted in human truth that felt both relevant and funny.

They are, in fact, often born of my own truth.

The video above, Boyfriend Montage, speaks to my own delusions as a love-struck Latinx woman in the context of former lovers who didn’t accept me.

Originally composed of three skits, each part speaks to elements of my own delusion, pain, and desire. The person I was and tried to be for the people who I hoped would love me.

More than anything, though, it was fun to make. It’s in these stories that I transcend the pain of my ego, of my own unconsciousness, and connect to something deeper.

Laughter is a blazing star in the night sky.

Where has creativity helped you in your own life? Introduce yourself and share your story in the comment section below! I’d love to meet you.