How Are Your Reactions Creating Your Experiences? 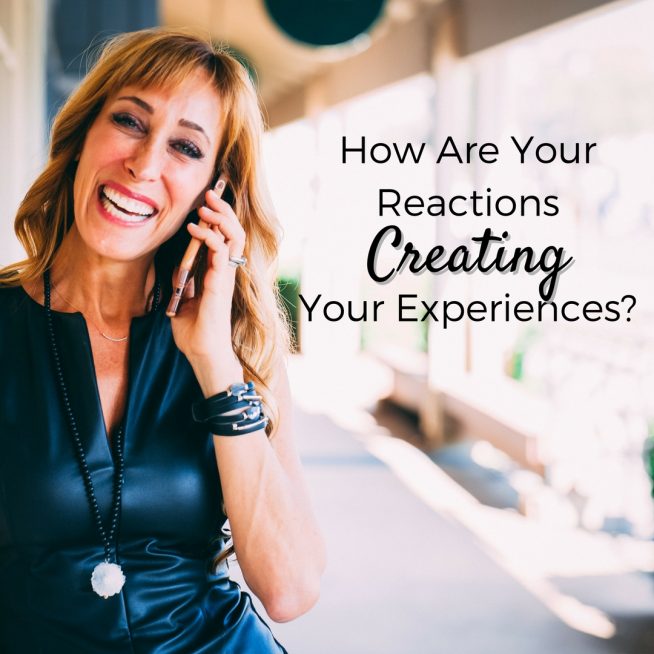 Last month I turned off my computer, closed my office door behind me and put my life on a semi-hold for a week. If you know me, you know that was no easy task. But … I did it so I could attend a yoga retreat with my hubby in San Miguel, Mexico.

Was I stressing to not be as “present” online as I normally am—and during a launch no less?

It was divine. My body soaked up every ounce of energy and it was fun meeting other humans who also committed to their own healthy lifestyles.

We were all raising our vibrations.

One morning as my husband and I were lying on a sticky mat and talking, I asked him if he had taken a shower that day.

He turned and looked at me. OMG, I wish I could describe the look on his face. And he got super defensive.

That came out of left field.

After I worked through my confusion about his response, I realized he might have assumed I was implying something else.

What was he choosing to think that prompted his defensiveness?

Was he thinking I was saying he smelled?

Did he think I was thinking he looked crappy?

Seriously, I was only asking because there had been no hot water for my shower that morning and I was wondering if he was able to snag some before it was used up. No “charge.” No hidden meaning.

Sometimes we are preprogrammed to respond in certain ways. Our thoughts lead to interpretations and automatic reactions that in a split-second set the pace for how we feel.

And then our emotions determine our actions.

In this case, maybe my husband interpreted my question about whether he took a shower to be some kind of insult instead of what it actually was – my curiosity about whether he had hot water.

It could be that his interpretation of what I said brought about an anger reaction.

I don’t know. Now it’s just me projecting my thoughts.

When we allow our reactions to have power over our thoughts we can create circumstances that don’t even exist. @hayleyhobson (Click to Tweet!)

The beauty of this is that you can turn yourself around anytime you want – just by changing your thoughts and managing your reactions.

Can you think of someplace you like to start?