Change the Way You See Yourself 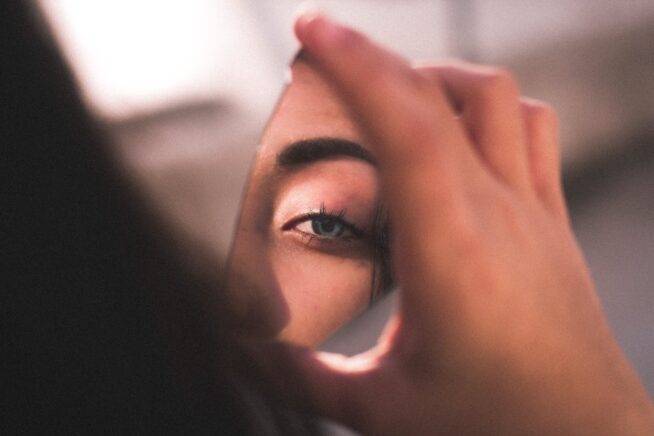 “Remember, you have been criticizing yourself for years and it hasn’t worked. Try approving of yourself and see what happens.”―Louise L. Hay

“Why do you think that about yourself?”

I’ve pondered that question from my therapist for quite some time, and it’s one I could never answer fully. Unpacking the complete answer is a bit too complex for this space, however, as it involves a lifetime of issues. From childhood to now, my life has been a continuation of not feeling good enough, and the people I’ve encountered and my experiences hammered that point home. I’ve let others determine my worth, and I’ve not been kind to myself.

I don’t blame others or my experiences. Regardless of what has happened in my life, I’m the only person responsible for fixing what’s wrong. The problem is, I know what’s wrong and I know what I need to fix. I just don’t know how to do it or exactly where to start most of the time. But I’m figuring it out a little, and it’s time to focus on a solution instead of the problem.

Although I’m not a huge believer in signs or fate, I heard a song by Billie Eilish that helped point me toward an answer to the question from my therapist. I’ve heard the song many times, but it didn’t click until recently. In everything i wanted, Eilish says, “If I could change the way that you see yourself,” and that lyric hit me in a spot where it brought a little clarity. It also brought quite a bit of pain.

I see myself a certain way, and most of the time, it’s negative. I let all those experiences and people determine who I am rather than allowing myself to do it. But that’s on me. It’s not anyone else’s fault, it’s my own — it’s my people-pleasing tendencies and my co-dependent nature.

Those lyrics helped me figure out that I can’t be myself because OF myself.

And the hardest part of it all is I realized I don’t let people in because I’m afraid they will see me the way I see myself; ugly, awkward, damaged, broken, and not enough. I am the worst self-critic.

In her book, Self-Compassion: The Proven Power of Being Kind to Yourself, Dr. Kristen Neff explains how self-critics can often be their own worst enemy:

“Because self-critics often come from unsupportive family backgrounds, they tend not to trust others and assume that those they care about will eventually try to hurt them. This creates a steady state of fear that causes problems in interpersonal interactions. For instance, research shows that highly self-critical people tend to be dissatisfied in their romantic relationships because they assume their partners are judging them as harshly as they judge themselves. The misperception of even fairly neutral statements as disparaging often leads to oversensitive reactions and unnecessary conflicts. This means that self-critics often undermine the closeness and supportiveness in relationships that they so desperately seek.”

The above quote explains me better than anything I’ve ever read. Because of that self-criticism, I am walled off. I have many barriers, obstacles, and traps before someone can even get to the wall. I so desperately seek connection, but also undermine it in every way possible. I know this, but I always believed it was for my protection. That need for protection stems from childhood, when I learned that the people you should trust the most are actually the ones you need protection from.

I don’t trust anyone. I’m afraid people will see all those negative traits I believe I have, so it’s easy to not let others in. I’m safe that way.

By seeing myself how I do, I’m protected.

But in reality, it hasn’t kept me safe at all; it’s kept me isolated, mostly alone, and beating myself up for all my perceived flaws. I’ve internalized everything negative while ignoring all aspects of the positive. I’ve held on to my right to remain miserable, and dearly. I’ve needed to be saved from myself.

I don’t know exactly how this will work, and I’m not sure I have the answer to the puzzle of me yet. But I’m getting closer, and years of therapy have helped. However, change comes from within first, and I no longer want to be this way. The puzzle is becoming clearer, and I’m finding the lost pieces and slowly putting them together.

I’m giving up my right to remain miserable.

I’m changing the way I see myself.

Maybe it’s time you do that too.

“Let yourself be gutted. Let it open you. Start here.” ― Cheryl Strayed