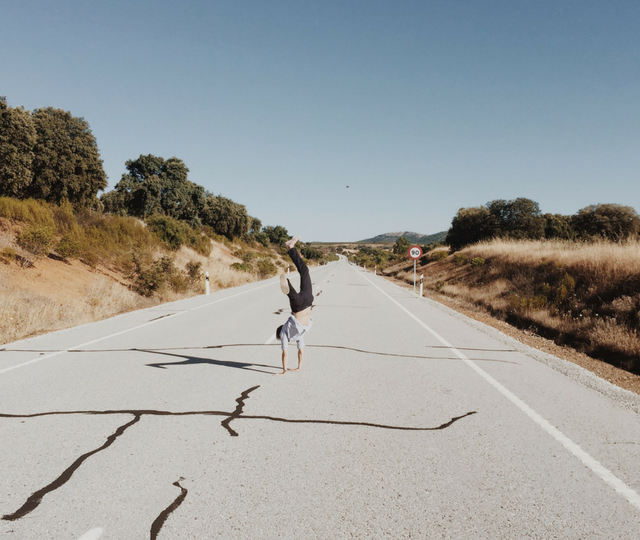 I teach all my clients to dream—to be bold and go after what they really want in their lives. I’m not talking about having one or two dreams. I ask people to create dreams in all areas of their lives. Inevitably, there is one issue that arises when going after a dream: failure.

To quote my favorite writer, Tom Robbins: “So you think that you’re a failure, do you? Well, you probably are.

And what’s wrong with that?”

“So you think that you’re a failure, do you? Well, you probably are. What’s wrong with that? In the first place, if you’ve any sense at all you must have learned by now that we pay just as dearly for our triumphs as we do for our defeats. Go ahead and fail. But fail with wit, fail with grace, fail with style. A mediocre failure is as insufferable as a mediocre success. Embrace failure! Seek it out. Learn to love it. That may be the only way any of us will ever be free.”  Tom Robbins

It’s guaranteed that you will fail at some point while pursuing a dream in your life. But when you fail, will you misunderstand your failure’s lessons like most people usually do? Or will you relate powerfully to the failure and grow from the struggle?

Most people are so afraid of failing that they never face it directly, thinking that admitting failure will prevent success. It’s critical to understand that the opposite is true:

Failure is not a dirty word, yet most of us have a dirty relationship with it. Failure is smart, brilliant, and painful; that pain is honest. Most people do everything to avoid real pain, but this is a mistake.

The first thing you should do is admit defeat. Whether it’s in your love life, how you handle money, or your career, there really is a point at which you should do yourself a favor and admit you’ve hit a wall. Stop trying to keep going or jumping to blame yourself or others for what isn’t working. Blaming yourself is not the same as taking responsibility. Blaming yourself leads nowhere.

Next, I help my clients really see that they have landed facedown in a sloppy mess that needs to be figured out and cleaned up. Knowing this helps them develop a more powerful relationship to failure. I advise them to “tee-up” a good cry, in the context of facing it once and for all. In this stage, you’re going to surrender, cry, and then “get back on the horse” much smarter and stronger. It’s important to feel whatever you’re feeling, so you can move through it, but you can’t fake this part. Mourn so you can let it go and start to understand the failure. Once you admit you’re sitting in a wreck of your own making, you’re closer to success than you’ve probably been in a long time.

This is when you need to come to terms with the truth that you failed, and it’s time to use hindsight to figure out what you would have done differently. Often, people don’t think they actually failed. Instead, they blame other people and situations, never taking responsibility. “It’s the economy.” “He did it.” “I didn’t have enough time.” And on and on. When you blame others, you can’t see what exactly happened or the impact of your choices, and so you can’t embrace the lesson you need to learn in order to later succeed.

To see just how you failed, you must break it down honestly. How did you fail? What happened? What did you do wrong? What could you have done differently? Any honest regrets? In each failure, there’s a reason why and it’s usually a pattern in your life you must break. If you look back over your life, you’ll see that you repeated many of the same mistakes over and over. It’s because you never learned the lesson. Looking at the specifics of your failure and understanding what happened is the only way to move forward.

I’ve had clients who’ve been divorced several times because they didn’t do the right work to learn the right lesson. When I got them to really look deeply at their broken marriages and tell the truth about what went wrong, they could see the mistakes they repeated and lessons they missed in all their marriages.

A former client called me, upset that she had regained the 20 pounds she lost. She felt like a failure. When I asked her what she thought happened, she explained that a work project at her job had distracted her from taking care of herself. With a few more questions, she could see the real reason for the failure: She had changed her rules. Instead of having one “free” meal per week, she had decided on free weekends, every weekend. Once she understood the real failure, she got the right lesson: Keep the rules that worked for losing the weight. You may want to check your assessment of why you failed with someone who can smartly “sniff” your logic.

Once you know the lesson, it’s time to put rules into place so you don’t make the same mistakes. Every failure demands different actions as soon as possible. Rules really do diminish the chance of future failures. If you fail again in the same way, just know that you didn’t learn the right lesson the first time and whatever rules you put in place were not the right ones. Make your next honest adjustment to your actions and move on, wiser, and now closer this time to succeeding.

Learn to respect and study your past failures. They will provide you with a deeper level of understanding of who you are and what you need to change in your life. With each failure, if you surrender to it, own it, find the lesson, and change your actions, you will get closer to achieving what you really want.

P.S. Ready to declare “I’VE FAILED!” and learn to laugh about it? Take the Current Reality Quiz! It’s a quick, easy, and fun (we swear) way to self-assess and get a better idea (or at least an honest one) on what areas of your life you need to work on.