No Need to Reply 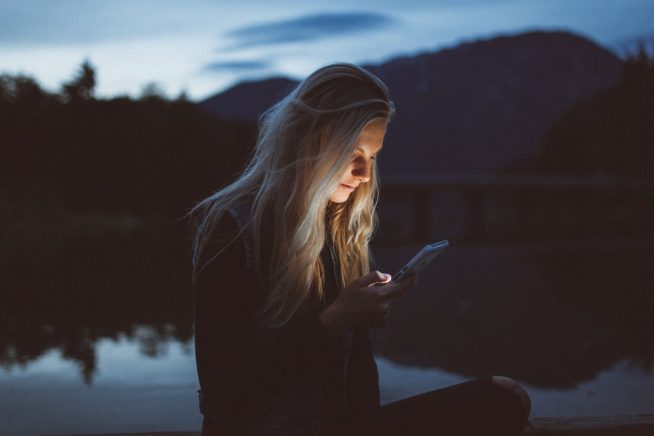 My friend Mady lost her 15-year old brother Parker to cancer in 2015.

As her circle of friends learned of his passing, her I-Phone blew up. She was literally overwhelmed with electronic support.

Of all the messages, the most meaningful had what is, perhaps, a surprising common theme. Though she was humbled by her friends’ heartfelt words of sympathy and love, what resonated with her the most was a simple phrase.

No need to reply – just wanted to make sure you know that I am thinking of you and your family. That my heart is broken for you. That, even though I can’t do anything about it, I’m here if you need me.

Removing the expectation of a response released both the sender, and more importantly the recipient, from any further action. It redirected the focus from the message itself and the act of sending it to acknowledging the very real pain Mady was experiencing.

Nobody had to be validated because that wasn’t the point. At all.

Mady told me that, ironically, the messages she felt most inclined to respond to were the ones that indicated that a reply wasn’t necessary.

She sensed that these were the sincerest.

It’s a powerful message in the culture of instantaneous communication, where everyone knows a text has been received by the “delivered” notification under every blurb we send. Even more aggressive is the option to have a sender notified of precisely when you’ve read their text.

It’s no wonder that so many people disable this feature.

Old school letters, and even email to a lesser degree, carry a level of reduced expectations that allow us to naively assume that all our intentions were met with full understanding and delight. Even better, anticipating a long delay in receiving a response means that, at some point, we’ll likely forget we were waiting to hear back at all.

Texting and messaging is a whole different ball game.

After Mady shared her story, I spent the next several weeks wondering what it would be like if I attempted to live in the alternate universe of “No need to reply.”

What if I was willing to send supportive, or just normal every day texts, and not expect to receive anything in return?

What if I hit “send,” put my phone down and in my heart of hearts was prepared not to hold a grudge if I NEVER received a response. Never.

The truth is, we can’t and won’t ever fully know the impact of our well-intended words or actions. It’s true even if someone does reply.

Many people don’t know how to respond, aren’t good at it, or could be overwhelmed about how to express themselves. So, they don’t. And then they feel bad about it. And hope you don’t remember. And that it won’t be awkward.

I know that because I’ve experienced it. Repeatedly. And it’s not me in the role the well-meaning sender. I’m the careless recipient. The non-responder. And I’m also one of those people who gets my feelings hurt if I don’t get reply when I initiate communication.

Does our attempt at kindness, or humor, or whatever our text was meant to do, require validation?

Or, instead, could it be “enough” to sit back and say, “yeah, I totally did that in a loving way, and that’s good enough for me.”

Or, “I hope that did some good, but I don’t need the recipient to provide written proof of it.”

No need to reply.

It’s an approach that I wish I could adopt. Not just in words but deep down, in that mysterious place where I decide stuff without thinking about it.

Sorry about your brother, Mady. My heart breaks for you and your family. I know there is nothing I can do, but I’m here. Don’t feel like you need reply to this, just know that I’m thinking of you. And love you.

And then you put the phone down.

And wait for nothing.

You don’t even check it.

And, without even knowing it, you’ve gotten Mady one step closer to surviving today. And maybe even tomorrow.

Amy W. Daughters is a native Houstonian and a graduate of The Texas Tech University. She has been a freelance writer for the past decade. Mostly covering college football and sometimes sharing her feelings, she currently writes a weekly column for FBSchedules.com. Amy lives in Centerville, Ohio – a suburb of Dayton – is married to a computer person and is the proud mother of two sons.