The Easiest Way to Avoid Mediocrity and Be a Superstar 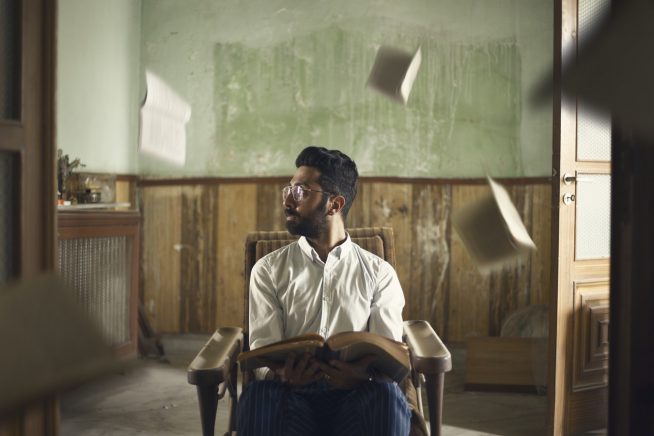 The average office worker works for two hours and 53 minutes in an eight-hour work day. About 180 minutes.

And another 44 minutes on social media.

What do they do on social media? I guess they argue with people who are around the world also sitting in their cubicles.

Everyone typing: “I hate this X because of Y and you are an htlr if you BELIEVE the opposite of me!!!!”

Or they “like” dog photos. “Chi-chi might die today. He was born with no legs. I have to check on him.”

The world is run by people working, on average, slightly less than three hours a day.

If you want to shine and change the planet then the answer is very simple.

(Read the FAQ below if you think you will be less informed.)

There’s never anything in the news that will change your life.

That might change my life but there’s nothing I can do about it at all. Zero.

None of these things will change my life or make me a better person.

In fact, some of these things might make me a worse person.

I might decide to argue with someone. And during the 20 minutes we might argue, neither of us are doing anything to better ourselves or the world. We’re just fighting for the enormous privilege to say, “I was RIGHT” to argue with that other air-conditioned cubicle dweller.

This will change your life:

Stay on social media those 44 minutes if you want.

But stop the news.

That’s 65 minutes a day you can do something else.

Take 20 minutes of that and work.

Now, instead of working 180 minutes a day, you’ll work on average 200 minutes a day. Not so bad. Just three hours and 20 minutes in an 8-hour work day.

But it’s 10% more output per day than the average worker.

What does that mean?

With the laws of compounding, 10% per day means your output, your productivity, your contribution to work will be double that of your co-workers every seven days.

That’s enormous! Everyone will ask, “How is he so productive?”

What magic is he doing?

I know this because I don’t read the news and people ask me this question. I used to think I was fooling people.

But just 20 more minutes of work per day and if you are a freelancer you can:

(I love doing my podcast)

And with 20 more minutes a day if you are a cubicle dweller, you can:

Just 20 minutes a day and you dominate your world.

FAQ on this “obvious life hack”:

A) BUT WON’T I BE LESS INFORMED?

OK, about what? I’m going to look at CNN – Breaking News, Latest News and Videos right now and see what I will be less informed about if I don’t look at the news today:

People say, “Don’t you care who the Supreme Court Justice is?”

I do. But reading the news won’t allow me to have a voice one way or the other unless I was in Congress.

Better to create the news than to read the news.

I create the news by bettering myself, making myself more productive and having a real voice earned by my efforts at getting better at my craft and the things I am passionate about.

Then I can have a voice.

B) BUT HOW CAN YOU GET BETTER IF YOU ARE NOT INFORMED?

Remember, I said only 20 minutes of extra work out of the 65 minutes.

But I still don’t look at the news.

This morning I spent my extra time (45 minutes + the average of 44 minutes people spend on social media) reading books.

A book is written by someone who has spent years of his or her life accumulating life experience and then spending another year writing and crafting it into a form we can learn from.

A news article is mostly second-hand gossip written in a half hour by someone straight out of college.

This morning I read from:

“The Dichotomy of Leadership” by my friend and one of my favorite writers on leadership, Jocko Willink. Jocko has been a leader in life and death situations and has used those experiences to understand and explain leadership in corporate environments.

I benefit a lot from reading his experiences and how he’s distilled them into general principles.

“The Art of the Good Life” by Rolf Dobelli who presents 52 interesting ways to live a better life. This morning I read a chapter on “the authenticity myth”. That we are always striving to be authentic but perhaps there is no such thing as “authenticity” and we just need to do our best to be kind and honest.

And I’m re-reading for the 5th time “A Million Little Pieces” by James Frey, also a friend, and one of my favorite writers. I read that book to improve my writing.

So in that 45 minutes (or more) I’m actually getting more informed about things that are important to me and the people around me and I’m becoming a better writer.

Reading books helps you become a better person, helps you create the news instead of just read the news.

1) An editor gathering everyone around for the morning meeting: “OK how can we best scare people?”

2) A TV news producer saying to me in the middle of a broadcast,“We’re just trying to fill the space between ads.”

The news is bad entertainment. Books and life experience are how you better yourself.

Ditto for Tiger Woods winning a golf tournament. Best case there is that I will get bored if we talk about it.

The past few days, with my extra time, I’ve also been writing down my “24 Rules of Wealth”. (A friend of mine asked me “what is money?” and I made this list and I’ve been posting it on Instagram.)

Here’s a taste of it:

(Here are six of the 24 rules and I explain each one in the notes. Posting bit by bit)

And in those 20 extra minutes (or 65) I just might have time to kiss someone a little more than the average person kisses.

We ONLY spend two hours, 53 minutes a day actually working in an eight-hour work day.

We spend on average 44 minutes a day on social media.

If we spent 20 minutes of that news time doing just 20 minutes more work you will have double the productivity of everyone else every seven days. That adds up to amazing career success. (The math: 10% per day compounded is 100% in seven days.)

If we spend the other 45 minutes reading books instead of news you will experience drastic life improvement.

The news almost NEVER actually makes you more informed or betters your life.

I’m a lazy guy. I don’t want to be a billionaire. I don’t create new companies that will build rockets to Mars. Or drone robots. Or stem cell hamburgers. I like to sleep. I like to spend time with my kids, friends and loved ones.

But for some reason everyone asks me, “How come you are so productive?”

I’ve written 19 books (I have two more coming out soon) and I do a podcast twice a week.

I do stand-up comedy three–five times a week and I help run a very profitable business that will do over 50 million in revenues this year. Plus I’m an investor in over a dozen companies that I keep regular track of and I’m involved in many charities.

I’m only productive because I don’t spend 65 minutes a day reading news and another 44 minutes a day (which is the average) arguing with people on social media.