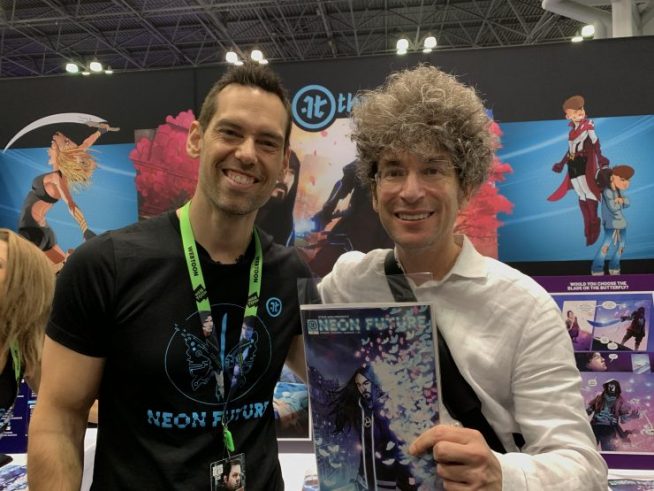 This is the dream of every company: growth.

But there’s going to be a price to pay. Imagine this:

You’re wearing new pants. Then you grow. The pants rip. You’re still in them. Now you’re out in public with ripped pants, and you’re running around looking for new pants, meanwhile, you’re STILL growing. And the pants are splitting up more and more.

Finally, you get to the store.

You put them on and you’re too big.

Over and over again. You outgrow yourself.

This is what happens in a company. The company outgrows the solutions you built to old problems.

Tom Bilyeu grew his company 57,000% in just two years. He made protein bars. You’ve probably heard of them, Quest Nutrition.

He sold the business. And became massively wealthy.

He was used to going to work everyday. Like most people.

He’d even work in the factories on the weekends. (That was one mistake he made.) He got too involved IN the business.

He quoted Michael E. Gerber who wrote “The E Myth Revisited.” He says, “If you’re working IN your business, you’re not working on it.”

That was one hurdle. But you can hear that in the podcast.

Instead, I want to get back to his money, the growth, the reincarnation, his wife, relationship, and now, his new media company “Impact Theory.” Which has huge numbers on YouTube. The set is incredible. And Tom has this motivational delivery that makes you want to see things differently.

Part of that is because he has a set focus. It’s the same focus he had for Quest Nutrition: grow.

And there’s proof of this. When millions of dollars showed up in Tom’s bank account, he didn’t celebrate.

He went to work.

“The money hit the bank account at 8 in the morning. My wife and I were in the gym. And we’re hitting refresh, refresh, refresh… It was so bizarre,” he said. “It literally happened in a moment.”

Some background: Tom didn’t know anything about the food industry. Or business.

“I’m not a born entrepreneur in any way shape or form,” he said. “I’ll say this as neutrally as I can, I’m just not that bright.”

“Is that false humility?”

“No no, for real. I’ll walk you through it. I got a 990 on my SATs. I took it twice. That’s my combined score. My own mother quietly assumed I was going to fail when I went away to college.”

He said there are minimum requirements to be successful.

“Once you’re smart enough, you can learn anything you want,” he said.

I don’t know where the myth came from that you can do nothing and be successful, but it’s a lie.

Tom said that he always tells people, “You have to work long, hard, and smart.”

And then people say, “Well, if I’m working hard and I’m working smart, why do I have to work long hours?”

C) Turn your desires into a need.

This one is hard. But not impossible. A lot of us want something. But we don’t fight for it because it’s not a burning need.

Tom takes his wants and makes them needs. (That’s how he sets his focus.)

I’ll break it down:

Tom starts with “I’m interested.” And then turns it into “an all consuming blaze of desire.”

He does this by choice.

But it starts with just deciding “I want X.”

– TURN IT INTO A NEED

I don’t know if this is healthy. I think I would fall into a pit of despair if I turned all my wants into needs.

But Tom has a different energy. He has a fire that propels him forward. Plus he’s selective about WHICH wants become needs. And that’s key.

– HAVE THE WILL TO WORK

“Humans are the ultimate adaptation machine,” Tom said. “More than any other species, we can adapt to our environment. We can adapt to stressors. So you can put yourself in any environment and get good at it, if you have the will to do the work.”

Try this exercise: “I’d like to start my own company, but…”

Everything that comes after “but” are your excuses. Those are your story up to this point.

The “I’d like to” isn’t part of your story yet. First you have to get rid of your excuses.

Then get rid of them.

How do you get rid of them? Try the “I’d like to.” And be prepared to be horrible at it. Sucking is part of trying.

Tom didn’t say “I’d like to get rich but I don’t know how.” If he did, he wouldn’t be here today.

That’s what makes his podcast so great. He shows you that there are no excuses. And anyone can create impact.

I’m breaking this interview into two parts. Because some people don’t have 90 minutes to listen to an interview. So I hope if I release it in doses, you’ll get more out of it.

In part one, we talk about:

You don’t have to listen in order. Both halves are great.

My interview with Ray Dalio

“The 4-Hour Workweek” by Tim Ferriss