Being Nice VS. Being Honest 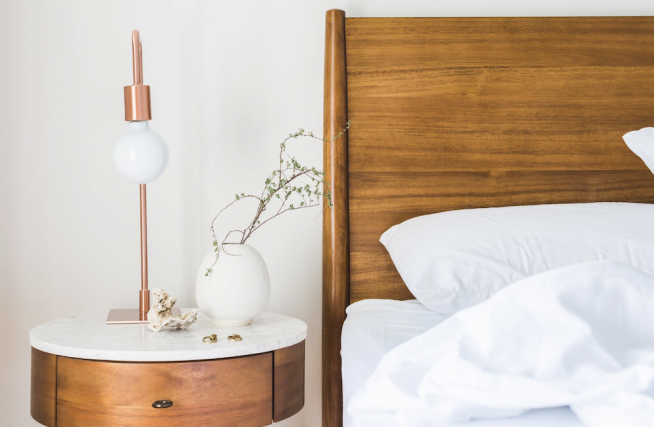 How many of you have ever told your friend that you loved her new outfit, crush, or book recommendation…when really, you couldn’t believe she’d go for such a thing?

How many of you have faked an orgasm? Or lied to your (play or permanent) mate that you don’t even care about having one?

Forget frogs, vermin, locusts, darkness, blood, and even Seders themselves. I’ve discovered another plague on humanity. And it’s an even bigger problem than, say, lice.

What’s snice, you wonder? Snice is when you’re being fake nice. And a little slithery, like a snake. And, well, SNAKE + NICE = SNICE. It’s a personality trait I’ve coached thousands of people to dial down because, truth is, there’s no truth to it, and it’s costing us our happiness, our trust in ourselves, and our personal pride.

You might be saying: “Not me! I’m not snice.” Eh, not so fast. Think about it. It’s when you smile, shake hands, and say ‘nice to meet you’, when you’ve actually met them before and you didn’t like them then, either! It’s when you tell your friend you love her new Bob (her boyfriend and new hairdo) because 1) you know it’s going to take at least a year for her hair to grow back and she can’t do anything about it now, and 2) Bob, the new guy, is the first guy in eons she’s dug. And just because he ghosted your other friend, doesn’t necessarily mean he’ll do it to her…

Yes. Welcome to the Snice Age.

The Snice Age: (noun) The Snice Age denotes a period in time where both the earth’s surface and its inhabitants are unseasonably warm. Where, in the name of niceness, loyalty, and our own comfort level, we quiet our true voice, without realizing that our sniceness not only undercuts our relationships with the people we care most about, but our relationship to ourselves.

Let’s be honest. Most of us suffer from bouts of snice-aholism. At the very least, we certainly know someone that does, and even someone that doesn’t–you know, the ruthlessly honest kind. And, no doubt, your inner snice-aholic is chiming in right now, thinking I’m making a play for you to go rogue and be brutally honest with people. But who said that honesty has anything to do with brutality?

I mean, why isn’t telling someone your truth, in a graceful manner, actually the nicest thing you could do for someone?

Guess what! It is.

But, boy oh boy, do we humans feel strongly about defending our sniceness. In fact, most of the world believes in it, fights for it, and defends it. We even think not telling the truth (a.k.a. lying) in the name of niceness and obligation has integrity to it.

Most of us aren’t even conscious of the price our inauthenticity costs us. We miss the fact that our hypocrisy leaves us stuck appeasing people. So much so, that other people’s feelings (or, better yet, what we ass-u-me others will think and feel) are more important to us than our own ACTUAL thoughts, opinions, and feelings.

We lie, in the name of being “nice”. We let our inner-chicken predict how other people will react, and let those predictions matter more to us than our honesty, our own true happiness and yes–our true orgasms. Uh-huh, I went there!

Come on, how many of you have ever made a snice comment in the bedroom? Faked an orgasm? Or lied to your (play or permanent) mate that you don’t care about having one? You think it’s okay. Even, that you didn’t need one. But is it really? And for the men out there, yes, she might be faking.

Remind me again, how faking or foregoing is nicer than nicely put honestly?

I have a client who recently saw the impact of her sniceness in the sack. You see, as of late, she was a bit bored in bed with her husband. She felt that he’d become more disconnected during sex, and well, she wished he had bigger muscles. Yep. But, come on, how could she tell him THAT? It would devastate him, and the last thing on earth she’d want to do, besides not have sex with him, is hurt him. He was one of those guys. Oh, you know the kind: kind. He’s appreciative, unassuming, generous, terribly sensitive, sweet, and sure, slightly passive aggressive.

So, she avoided sex (and telling him her feelings). In her mind her ONLY choices were:

Sadly, sneakily, and snakely, us snice folks think door #2 is the only viable option and #3, though not so pretty, is an acceptable emergency s-exit plan.

But what about door #1? Yeah, right. Snice try.

The more my client stayed snice in bed, kept her mouth shut and picked door #3, the less sex they actually had, the more disconnected she felt, and the more it felt like her thoughts were the end-all truth.

So, I sat my snice-in-bed client down and together we went sniffing for what really was going on with her and her man. And what we uncovered was awesome! After all, it’s not like he used to be Popeye and now he’s Olive(r) Oil.

Here are the snooping steps I took:

Step 1: Find the Truth. First, I needed her to believe that the truth—once spoken and dealt with—is actually sexy. It’s where intimacy lives. As this was not her first rodeo with me, she took a deep breath and agreed to believe.

Step 2: Integrity Check. We went through her weekly promises, making sure she was keeping them: no smoking cigarettes, keeping to her food and exercise regimen, date night, sex once a week – Uh oh.

Step 4: Find the Fault. You see. She had a promise to have sex once a week with her husband and was not keeping it. And, instead of dealing with her lack of integrity, she was busy trying to blame it on him.

Step 5: Realize It’s Okay. Take a deep breath. Cause, yes, if you are human, especially a partnered-up one, you can certainly relate to #4.

Step 6: Admit and Accept. Once my client admitted to #4, she could see that the more she sniced her man and lied, the more disconnected SHE was in bed and the more SHE was ruining their sex life.

Step 7: Fess Up. She fessed everything to him, and, yes, big time apologized. It’s true she had the plague—snice, and as a result, in her mind’s eye (a scary place) his muscles atrophied.

Step 8: Forgiveness. He forgave her.

Step 9: Refocus on Reality. Once her words hit the air and she saw his sweet, slightly hurt, forgiving face, and actual hot body, her once seemingly very real thoughts about his lack of muscles, disappeared.

Step 10: Orgasm. They had the best sex of their life.

You see, if you keep your thoughts locked up in the darkness of your mind, like my client did, they have no place to go. They fester, feel like the truth, and spread like cancer. They F with your sex life. They let your sneaky, snice, and stingy inner-chicken and inner-brat get away with not having sex with the person you love most. They advise you to lie to your partner so you don’t hurt them and then they blame them for it. However, once you turn the light on to your dark thoughts—in the name of love and truth—those thoughts have the chance to disappear and dissipate in the light of day and/or get dealt with.

So, you see, Jack Nicholson was wrong. We can handle the truth. That is, if we Handel it.

There’s an art to honesty. There are nuances and protocols to telling your truth. There’s seeing that if done beautifully, truth-telling is an act of kindness. @LaurenZander (Click to Tweet!)

The person gives you permission to tell your truth, and not only hears it, but thanks you for it. This forms a place where real intimacy lives. Where you can learn to trust yourself, because it turns out, you haven’t only been snice to others, you’ve been snice to yourself.

But those days are snover. [You try and make funny SN words.]