We Take Our Friendships for Granted 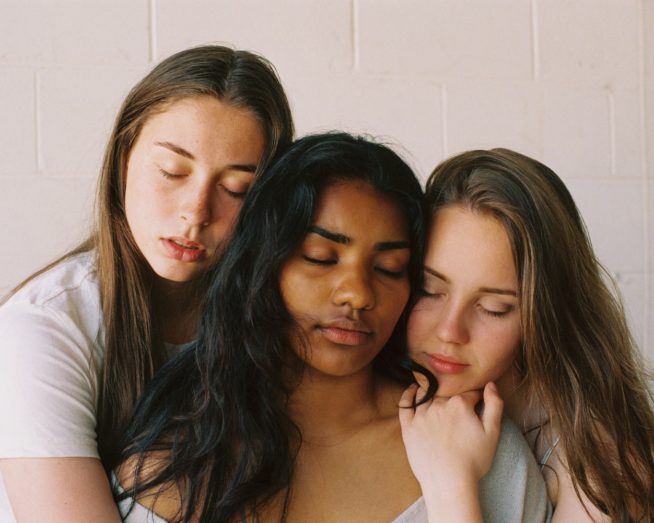 Friends who stay friends from far away are the rarest breed of all.

For me, the hardest part of growing up and becoming an adult is the slow, inexorable realization that friendships are not forever.

People I thought I’d invite to my wedding elected to drop out of my life. Friends I cried with, laughed with, confessed everything to — well, they pulled away. It was never anything personal. It’s just tough to keep friends when you’re miles and miles away.

The thing is, when we’re kids, we think it’s easy to keep friends. We have the time, the energy, the motivation to make play dates, hang out after school, go out on club nights.

But we get older. We’re wearier. We’re more sleep deprived. We’ve got less money and more worries. Things that aren’t easy to maintain, that aren’t simple and convenient and stress-free? They take a backseat.

The process of understanding that most people do not value your friendship enough to continue it has been a painful one for me. And this is doubly true for those friends who don’t live next door to me.

But it turns out that the best predictor for friendship isn’t necessarily what you have in common, or the memories you share, or experiences you’ve gone through together, but rather proximity.

Folks you chat with because you’re going to the same party, or to ask them to pick up milk at the grocery store on their way to your house or that you run into on the street — that’s the easiest way to stay friends.

People are, as a rule, prone to favoring convenience over everything else. And long-distance friendships take more than maintaining those of the people in your city.

I moved away from the country I grew up in, I moved away from the city I went to college in, and I’m now considering moving to another new county, so I’ve lost more friends than I’ve gained. As a result, I’ve come to appreciate, perhaps more than others, the long-distance friendships I do still have.

I’ve written before about why I love modern day technology and social media so much. It makes my life easy, makes it simple to stay in touch with the people I care about, makes it straightforward to pursue new friendships. I think what it boils down to is the fact that I don’t live close to my childhood friends anymore.

As I grow older, I have more and more sympathy for my Spanish dad, who lives in a different county to the vast majority of his friends.

When I was younger, I never understood why he would take so much time out of his already-busy day to stay in touch. He’d stay up late and wake up early to make time to speak with people thousands of miles away. On business trips, he would spend his own money to take a day out of his work schedule to fly to a nearby country if his friends happened to be there. And it seemed like he was the only one out of his friends that made this Herculean effort.

When I asked him about it, he told me that sometimes it has to be you who makes the effort.

Now, as I do the same, I understand why he made those many sacrifices both small and large. Even though it can be painful when you feel like it’s only you reaching out, in order to keep those friendships going, it’s just something you have to do.

Long-distance friendships aren’t easy, even now with all the ease and convenience of modern-day technology at our fingertips. They take time and effort out of your day. Many times, we choose not to bother. We prioritize sleep, our partners, our local friends, our hobbies.

Long-distance friendships are precious and rare.

I can count on one hand the number of friends I have that don’t live in my city.

The last five years of adulthood, so many friends I thought I’d never lose touch with have, one by one, dropped out of my life.

And I’ve watched them go, actively making the choice not to pursue the relationship. There’s only so many times you can try to make plans to meet up that go unfulfilled, make a call that isn’t picked up, send an unanswered Happy Birthday text, until you realize that to them, you aren’t worth the effort.

There’s only so many times you can watch yourself do the same thing to others until you realize that it’s nothing personal, it’s just what happens. Friendships are hard.

This is a love letter to all my friends who live far and wide, who I can still call friends. Thousands of miles and hours away, I know what it costs to focus on the people who are far away instead of the ones who are near. I appreciate your time, and I’m so glad to hear your voice.

To me, what we have is priceless. It’s not something we can buy, and it’s increasingly hard to find. For the people who give up their lunch breaks because it’s the only time we can talk, who buy plane tickets to come see me where I am, who send me life updates, out-of-the-blue texts, birthday cards and Facebook invites. I appreciate it all and I’m so lucky to know you.

The older we get, it feels like the more we take for granted. But I never will.