How Building a Positive Habit Loop Will Change Your Life 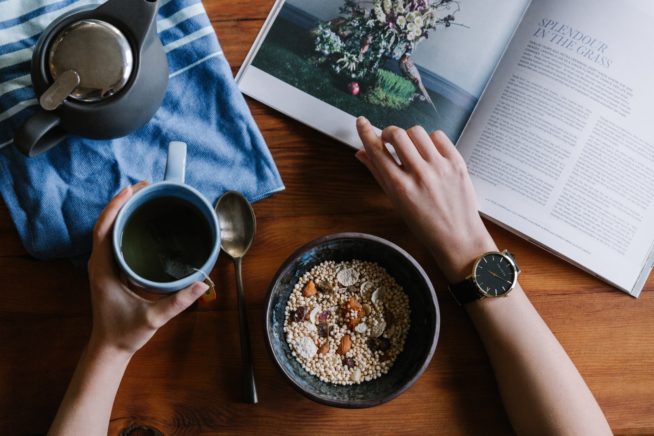 Do you exercise daily? Watch TV before bed? Have dessert after every dinner? Your habits are your routine behaviors, ones which you often perform without thinking. Repetition of these actions makes them part of your day-to-day life. Sometimes, this is a good thing — daily exercise stands as the perfect example. But you can also fall into bad habits that make you stressed out, unproductive or unhealthy. Because they’re so ingrained in your subconscious, it can be hard to rewrite them, too.

However, with a conscious effort to turn things around, you can drop your negative habits for positive ones. Here’s how you can build a habit loop that works for you — and how it will change your life.

What is the Habit Loop?

Successful people tend to have impeccable habits. As such, you may think your best bet to reach their level of accomplishment is to copy their behaviors. Unfortunately, though, habits are not one-size-fits-all. To overcome unwanted tendencies, you have to build a habit loop of your own.

Of course, you’re probably wondering, “What exactly is a habit loop?” The habit loop can help you break from the routines you’ve created for yourself, particularly negative, damaging tendencies.

The habit loop works as follows: we receive a cue, which signals that it’s time to fall back on routine behavior. When we’re finished, we receive some sort of reward. It’s that little jolt at the end that keeps us in the loop. Then, the next time we feel the cue, we seek out the same bonus, and the cycle repeats ad infinitum.

To master the habit loop, you’ll have to pinpoint what your cues are. You should also understand why you respond to your cues — what reward do you seek? Once you have those two sections clarified, you focus on changing your routine behavior. That way, you still respond to cues and get your reward, it just comes from a better habit.

For instance, let’s say you spend too much time on social media. You’re not alone — the average person spends a whopping 144 minutes each day browsing their feeds. You want to change that behavior, but you can’t simply bar yourself from logging onto Facebook or Instagram. Instead, you have to figure out what triggers you to start scrolling.

Perhaps you eventually realize that you grab your smartphone every time you feel bored. If that’s the case, you’ll want to come up with another activity to use to fill the void. So, keep a book at your bedside, sign up for an evening workout class or download a new documentary to watch. If you start feeling uninspired, keep your phone on the table. Instead, partake in an activity that’ll perk you up — thus providing the same reward for the same cue with a different habit.

It’s Not As Simple As It Sounds

Chances are, you’ve tried to re-write a behavior before. You’ve probably found that it’s not as simple as deciding not to do something anymore. Instead, you have to dig deep to understand your cues — they might not be as crystal-clear as they seem.

For instance, you might struggle with staying organized. There are plenty of reasons why you should — organization decreases stress and improves time management, for starters. Still, you can’t seem to stick with your system after a while and fall back into old habits. If you want to get organized once and for all, though, you have to figure out why this is.

Some people can’t stay organized because they’re overwhelmed by the mess they’ve created and don’t know where to start. Others get distracted and put clean-up farther down on the to-do list. What’s your reason for neglecting your de-cluttering session? You have to figure it out before you will be able to make a meaningful change in your life.

Sometimes, this step will take trial and error, depending on the cue — you might not know exactly what it is that triggers you to perform a particular habit. In that case, you’ll have to highlight potential reasons why you do something, then come up with a habit that would help assuage the cue. As another example, you might have a habit of snacking in front of the TV after dinner. Could it be that you’re actually hungry, or are you just bored? Try eating a heartier dinner to see if that stops you from munching. If not, boredom could be the cue instead, and you can work to tackle that post-supper feeling.

How Can I Implement a New Habit?

Now that you know what your cues are, you can come up with new ways to respond to them. If you want to make your new habit stick, though, it’s best to start small. Sweeping changes won’t last, so be realistic. As an example, imagine you want to make exercise part of your daily routine. You shouldn’t start with hour-long workouts. Instead, start with short spurts of activity — even 15 minutes will get you into the habit. As you progress, you can add more time and tougher moves to your routine. Starting small prevents you from feeling overwhelmed and discouraged by this and other habits you want to implement.

Beyond that, you can take even more steps to solidify the desired habit into your daily routine. For starters, you can block out time in your calendar for you to partake in your chosen activity. You stick to your agenda when it comes to work and family responsibilities. So, blocking out time on the calendar to prep a healthy meal or meditate each morning will make it easier to actually complete the activity.

Along the way, you will have temptations, setbacks and successes. All of these sentiments can lead you to believe you don’t need your habit anymore. Don’t give into this belief, though — instead, remember the reason why you started. Plus, you should always keep in mind that you’re the one in control, and you have the power to make your envisioned habit a reality. Don’t give up, and don’t stop making it part of your daily routine. Instead, prove it to yourself that you can do create a positive habit loop, and you’ll be better for it in the long run.

Jennifer Landis is a mom, wife, freelance writer, and blogger at Mindfulness Mama. She enjoys yoga day, red wine, and drinking all of the tea she can find. Follow her on Twitter @JenniferELandis.

Image courtesy of THE 5TH.