How Your Brain Is Lying to You About Pretty Much Everything 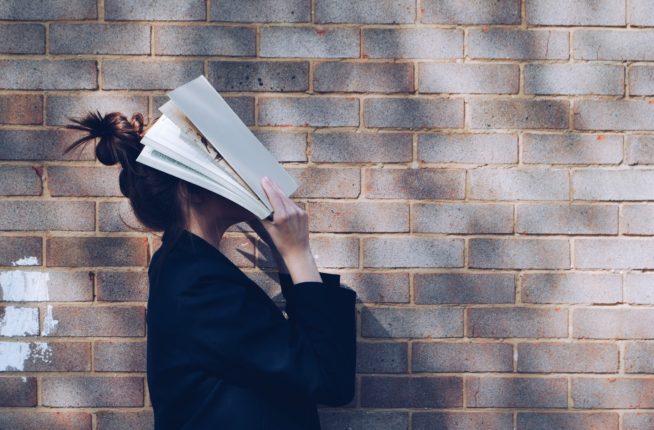 We are used to relying on our brains. To know what to think, to remember crucial information, to let us know how we should behave. Our brains are enormously complex machines that absorb and analyze information at a tremendous rate, spitting out the crucial findings in a way we can instinctively understand.

Your memories which you recall with crystal-clear accuracy? They’re mistaken, missing in spots you don’t see, or made-up altogether.

Those fight-or-flight feelings you’re having? They’re a throwback to a more stressful time, where there were only ever two solutions to a problem — to run or to battle. Nowadays? Those feelings will just give you more grief.

That conversation you had with a coworker, where you accidentally insulted them and now, you’re staying up late, convinced that they hate you? They don’t even remember it. If anything, they’re worried about how you perceived them.

In short, although we trust our brains when it comes to forming opinions, making choices, or even our day-to-day actions, they’re really, really unreliable. The problems start when we treat them as infallible, objective sources of knowledge.

Your brain is invested in keeping you blinkered.

A lot of our brain development evolved in a time when the stimuli, the stressors, and the dangers were vastly different from what they’ve been for the past 200-odd years. So now our circumstances are different, but our brains read situations, interactions, and events in a 30,000-year-old light.

“[Your brain] functions on personal truth: facts and reality that sift through the filter of our personal biases and perceptions about the world. “ — Christine Fonseca, Education Psychologist

Think of victim-blaming, something which is incredibly politically relevant at the moment, as survivors of #metoo abuse, or Dr. Christine Ford, to varying degrees, for the experiences they suffered.

And our brains are terrified that it’s going to happen to us, too. That someday we’ll be in that position. So instead of leading us down the logical path of accepting the perpetrators are to blame for the crime, we jump instead to thinking that they, the victims, deserved it somehow.

Why do we do this? Why does our brain jump down this little logical loophole? Because that lets us believe that we’ll never have that experience. Think of the amount of worrying and stress that neat little short-circuit allows us to skip. Think of all the energy we save by believing that because we’re good people, we never have to worry about bad things happening to us.

It’s called the “just world” hypothesis, and it means we are deeply invested in believing that bad things happen to bad people, and if they happen to a good person, it must be their fault.

But it’s a lie our brains tell us. Complicated as it is, things don’t happen for a reason, people can’t fit into a single label, cause and effect aren’t always intertwined.

Our brains fight to maintain the status quo.

Humans are risk-averse by nature. What that means is that if there are two ways of doing something, a low-risk low-reward way, and a high-risk high-reward way, we favor the low risk.

This makes sense, again, thinking about it from an evolutionary perspective. Back in our cave ages, things were a lot riskier than they are now. The payoff for the best-case scenario was only ever extra food, or additional reproductive chances, whereas the worst-case scenario could easily turn to death.

So, when we think of our options — whether it’s changing jobs, what to have for dinner, or even what cushion to buy — we favor what we know, even when we know it’s wrong or not as good as a newer option.

How can you reteach your brain?

The first is to realize that you’re not objective, much as we might like to think that we are. It’s hard. I’m used to trusting every thought and feeling my mind gives me, and if I’m honest, it’s given me some rough times.

I struggle with insomnia when I’m lying in bed analyzing and re-analyzing how an event or conversation went. I get anxious about things like public transport. I’m often convinced, with no real evidence, that people strongly dislike me or laugh at me behind my back. And like most other folks, I’m prone to an us-versus-them mentality, white-and-black thinking that puts me and people like me in the Good camp, and everyone else in the Bad camp.

But I’ve realized my thoughts and feelings aren’t always reliable, that the things I remember aren’t as clear as I may think they are.

Something funny happened when I started paying attention to this ongoing monologue in my head: I began to catch these fake thoughts and feelings out. I could analyze the bias, and realize for instance, when my friend and I got kicked out of a bar, I instantly blamed her for spilling her drink, thinking I was blameless. But instead of lashing out at her immediately, I thought about my actions and what had happened and realized I couldn’t simply blame her. It was uncomfortable to not be able to pin the blame on a person I could yell at, but it was a more accurate analysis of events.

I started keeping an online diary (I use Dabble.me) to keep a more accurate log of events and my feelings. Now, when I think back about an event, I can measure my feelings now with my feelings around the time and compare them for a less biased version of events.

For example, after a company dinner, I wrote that I felt like I’d really messed up, that I’d said something ridiculous to my boss who I was sure now really regretted hiring me. When I looked back at the entry a few months later, I had to laugh because I’d completely misjudged what had happened — my boss hasn’t even noticed and had shown in the months since how much he valued me as an employee. With that kind of example in mind, I can be more judicious when I’m trying to judge how I’m being perceived in real time.

Both by practicing catching the feelings in the present and using writing to reflect on them in the past, I was able to start retraining my brain to use less bias, to remember things more clearly, and to not fall prey to common fallacies. I’m not perfect — I still judge myself wrongly, and I still may be biased for or against people incorrectly, but I know I’m better now, and I know it’s possible to keep improving. You can do the same.