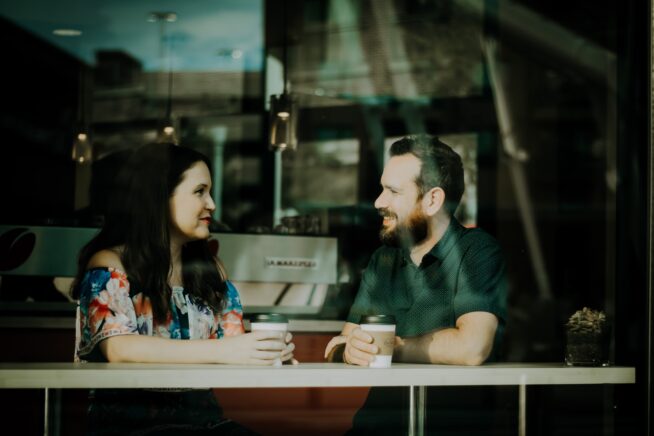 One of the most jarring memories from my teen years is when my best friend was being cheated on by her boyfriend. The whole time, he made her feel like she was the distrustful, unloyal, misbehaving one. Night after night, he’d have this or that story about what he’d been up to, why he hadn’t come to that study session, why he was late to dates.

Eventually, she caught him out almost by accident: he told her a long and convoluted tale of being stopped at a long traffic light, then remembering he had to pick something up from the store, then being called by his mom. Later, she asked him an irrelevant question about what his mom had asked him to pick up from the store, and he told her it was bread.

When she told me about it later in one of our long “am I crazy or am I right to be suspicious” conversations, we both realized it at the same time: the stories didn’t match up. The order of events he told her had altered. And we had unwittingly stumbled across one of the easiest strategies to determine if someone is lying to you: ask them to tell you the story, but in the reverse order.

When liars tell you a mistruth, it’s easy for them to come up with a story. Anyone with an imagination can come up with ten plausible excuses at the drop of the hat—and speaking from personal experience, when I’m doing something I know I shouldn’t, like running late for work because I’m reading a book, I often pre-invent a story just in case I’m called out on it. Oh yeah, my bike chain came off. And I have the grease-smeared hands to prove it.

It’s much, much harder to tell a lie backwards.

“Someone fabricating a story is going to have a harder time keeping details straight going from end to beginning, as opposed to someone recalling those details from memory,” says Desmond Ravenstone, talking about the strategy he heard from a police officer who did interrogations.

The strategy is called “cognitive workload” by researchers. The idea is that when liars start to deviate from the story they prepared, it’s harder to keep that story straight. It’s like telling a trained actor right after they studied a script that they actually have to ad-lib. They’re caught off-guard. Jump around the timeline, ask questions about who did what when, and the story starts to break down.

Lying is More Common Than We Think

In an average 10 minute conversation, you’ll get lied to 2–3 times. It’s just part of life. Most of those are harmless white lies — to help the conversation flow, to smooth an awkward encounter. But sometimes you’re being lied to about something of greater import and you deserve to know the truth.

However, especially in delicate social situations, it might be difficult to outright ask, and you don’t necessarily want to accuse someone before you know for sure. It’s also never acceptable to snoop through phones or personal items.

By employing this strategy and asking the potential liar to tell their story to you backwards, or asking discerning questions about the timeline, you can catch the liar out if they aren’t telling the truth, but without ruffling any feathers or crossing any boundaries.

It sucks to be lied to. It hurts to find out someone you trusted let you down. But it’s always better to know the truth. And now, with this strategy, you can easily determine if you’re being lied to or not.