The Psychological Trick to Make Someone Pay Attention to You 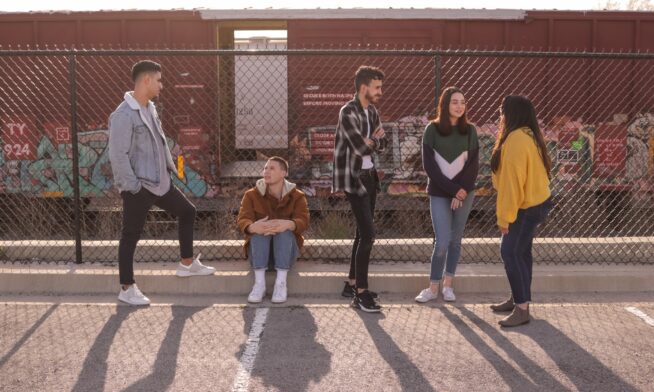 Whether you’re a CEO, a parent, or just someone chasing a crush, there will come a time when you desperately want to get someone’s attention without making it obvious.

Maybe you suspect they’re distracted. Maybe you’re trying to get them to do something. Maybe you just want them to notice you. Either way, it can be really useful to employ this weapon in your arsenal to easily and subtly gain someone’s attention.

Psychology tells us there is a simple, two-step method to get people to pay attention to you: Simply use their name, and ask them a question.

Let’s get into why this works, and how you can use it.

Step 1: Namedrop the person whose attention you’re trying to get.

If you doubt me on this one, just think back to the last time someone couldn’t remember your name because they’re “bad with names.” To me, it happened today. Names also get mispronounced, shortened to nicknames, and just left off because people are afraid they’ll get it wrong.

Simply by committing to remembering names, you’re already ahead. Kai Stabell, founder of the Consortium for Conversational Conflict Resolution, says that we’re conditioned to the sound of our own name. We react to it in a way we don’t to anything else. It’s the most precious sound in the world to us.

By using someone’s name in conversation, you’re telling someone you care about them, you find them important, and you respect them enough to use and remember their name.

Most sales people use this trick, and now you can too.

You’ve pinged someone’s interest by saying their name. Now you want to keep it. Just saying someone’s name is a great start, but you want to create a little tension that will retain that attention, and give them a reason to remember you at the end of the day.

“[M]ost people spend the majority of their conversations sharing their own views rather than focusing on the other person,” the authors of a 2017 paper in the Journal of Personality and Social Psychology tell us. This is why questions are such a good attention-grabber — they’re out of the ordinary in the normal flow of a conversation in which each individual normally talks about themselves.

They explain that the very best type of question to ask is a follow up question. This proves you were listening to something your target individual said, and you’d like to hear more from them on the matter.

It sounds basic, but at our core, we’re basic creatures. We like to be listened to, we like it when people make us feel special, and we reward those people by paying them our attention.

How you can do this at home

You can do this in a group setting, or in a one-on-one conversation. Simply follow up on whatever the person last said with their name, and an intelligent question.

For instance, if you’re at a pub and the group is talking about upcoming music festivals, and you’re trying to catch the eye of a boy who you hope will become your boyfriend, you might say, “Nathan, you’ve got great taste in music. Who’s your favorite artist from the genre?”

Equally, if you’re at work and trying to get your coworker to remember you exist and to stop monopolizing the conversation, simply say something like, “Ana, what’s your take on the new contract policy we just got?” Even though it feels counterintuitive to gain their attention by redirecting back to them, it works.

By combining the personal power of a name with the gentle tension of asking a question, this psychological strategy helps you gain someone’s attention in two simple steps.