You Had Me at Subsconscious 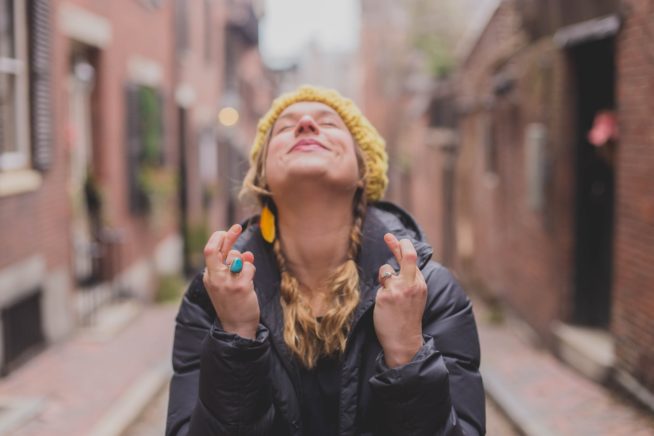 “Effortlessly merging pop culture and wellness, Elizabeth Kott and Stephanie Simbari, the ladies of That’s So Retrograde, seek out their most authentic selves, one mistake — or mindful awakening — at a time, while graciously bringing their listeners along for the ride.”

A description CLEARLY steeped in truth, as here they are bringing back none other than Lauren Handel Zander as a guest on the show for round two of their ride.

Elizabeth K: Welcome to the show. We’re really excited for this one. We’ve got Lauren Handel Zander joining us and we’re huge fans.

Stephanie S: Let me say something. She does not mess around. She is totally a seer, she can call it out as she’s looking at you.

Lauren Z: I love you ladies so much.

Elizabeth K: What’s cool is that this is your second time on the show. That first episode is one of our most popular episodes. We talked about The Handel Method…It played such a major role in my 20s when I was really seeking some guidance and working through some of my shit. And I was really grateful that your method and thinking came into my life when they did.

Elizabeth K: I read somewhere that someone described you as having a unique insight into the human condition.

Lauren Z: Yeah. All of a sudden, I’m scary because people think I can see all their lies.

Elizabeth K: Can you?

Lauren Z: Pretty much. You don’t want to say too many sentences to me because I will start having fun hearing everything in the unsaid and in your tone.

Elizabeth K: We’ve heard this phrase that you introduced and we’re so curious about it. Manif*cking? What is that?

Lauren Z: So, let’s assume, everyone knows what manifesting is. And, if you do, it’s not a woo-woo concept. It’s as basic as thinking into the future, and you’re always doing it. “Oh my god, my days’ going to be exhausting. Oh, I’m not going to get home till late. Oh, I have to get to this…” If you think about your inner dialogue, you would realize you’re always projecting. Projecting gives you your attitude, gives you your mood. Right? If you’re in a bad mood, I promise, if I climbed into that brain of yours, I could hear all the negative stuff it just said.

So, now imagine you understand that you’re always projecting. You’re either manifesting things you really want, or manif*cking yourself with things you’re scared of that you don’t want. And, if you now have a really good word in your arsenal like manifesting or manif*cking, you can start to hear your inner dialogue in a nanosecond. Right?

And guess what, according to science, over 80% of our thoughts are negative.

Lauren Z: And just wait, it gets worse. Of those 80% that are negative, 95% of them are repeating from the day before. You’re not even having new or original negative thoughts. Our tolerance for being annoyed, or mad, or angry, or disrespectful on the inside is alarming.

Lauren Z: You’re always projecting, and what you think, you’re going to get. Anything you’re thinking, you’re causing. Think of thoughts as cause-able.

Stephanie S: Right, they’re like the preamble to a physical experience.

Lauren Z: Right. So, if you’re having the thought, “I don’t think I’ll ever find someone I really love….” well guess what, you won’t.

Lauren Z: So then, when you’re going on the sites and flinging through the photos, you’re like, “See. See. There’s no one good out there.” You’re not going, “Maybe?” or “I’m only looking for the 1%, of course most of these are not going to be great. Keep going.”

Stephanie S: Right. But, personally, I feel like my manif*cking is more subconscious. Like, I don’t know that I think, “I’m never going to find it.” I just say that sometimes because it makes it easier for me not to cry. I really do think I will, but when it’s not present, I know it’s a subconscious problem.

Lauren Z: I agree. You had me at subconscious.

Stephanie S: It’s messing with me.

Stephanie S: That’s true. So then, how do you un-manif*ck yourself?

Lauren Z: First, you have to hear what it’s saying. And, you can’t be in any denial that it’s nasty. It gets in an elevator, looks at everybody and says, “How did these people find each other? Why can’t I?!” Right? Not at all sweet and saying, “Oh, how’d you find each other?”

So, any attitude is either manifesting or manif*cking you.

Elizabeth K: So, how do we shift that? I feel like we have to recognize it first.

The only thing I recommend is a sense of humor.

Lauren Z: Right? Laugh at yourself and then go, “What do I really want to be true? And what would I think or feel right now if THAT were true?” Can you run that through your body?

We’re magnets. We see things, we collect data. We’re really way more interesting than we even know. But what’s happening is that 80% of our thoughts are rinsed and repeated and we go on pretending we’re not that boring.

Stephanie S: I like the idea of deciding to have new thoughts and checking in. I’m being inspired to check in as to what is making me feel sad, and then, just be like, “Wait, I can just choose to give myself a new thought.”

Stephanie S: Lauren’s coming for me about my dating life you guys, and I don’t appreciate it.

Lauren Z: Yes you do. You know what? It’s probably the only reason I’m back – to take care of you!

Stephanie S: Probably. I’m not doing well in that department. [She wells up.]

Lauren Z: I think I have a romantic point of view about that…

You wouldn’t be so messed up and it wouldn’t be hitting so hard if I couldn’t help you. I know what it looks like when I walk into a room and someone needs me. When I’m supposed to be a conduit to make change happen.

Stephanie S: I actually really like that point of view because I feel like there’s nothing objectively that I need or want. In my conscious mind, I’m like, “I’m so good.” And that’s why I don’t spend time worrying about love too much because I’m like, “Everything’s great.”

But then, it’s this emotional, soulful feeling that there’s something that’s supposed to happen.

Lauren Z: It’s missing. You’re yearning. Your subconscious has yearning. It’s upset. It’s pissed at you. If it had a phone, it would be calling, right?

Stephanie S: Well, the thing that I think I come up against is this modern woman thing, which is: I don’t need anything. I don’t need a man. I’m not supposed to want to structure my life like that. But it’s beyond that at this point.

Lauren Z: I have a girlfriend that I’ve known for years, and then, she ultimately became a coach for Handel Group. But the proudest thing she ever did was adopt a kid. Alone. She saved enough money, is in love with her life, and her three-year-old, and now, she’s ready to date again.

It wasn’t what was behind door number four because she failed. She didn’t care. It was what she wanted to do, not a reaction to anything else.

But that’s very different than the sad look in your eyes.

Elizabeth K: I love that you’re a seer. She reads.

Lauren Z: I would bail you out in a minute.

Elizabeth K: I think you would.

P.S. Need some love advice from Lauren Zander? Inner.U LOVE is her online coaching course that gives you the tools to not only avoid heartbreak, but find whatever, whomever, and how many-ever it is that you truly and wholeheartedly want. Whether you’re out to find IT, fix it, or just figure out what you want from it. From wherever, whenever. Get $150 OFF until March 15th using code POSITIVELYPOSITIVE75.