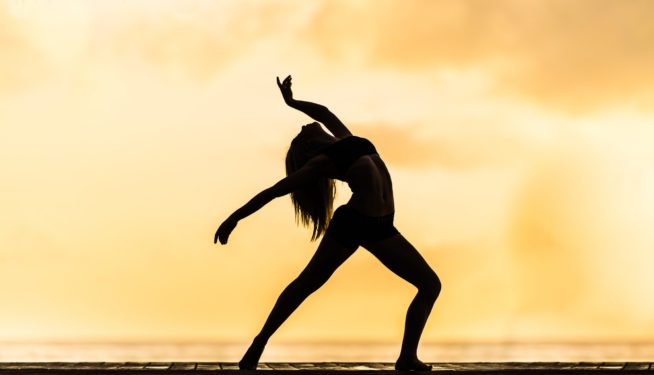 I’ll never forget the day he told me he was quitting alcohol. My heart sank. We were having difficulties in our marriage, and it honestly needed to end, but neither one of us had the courage to call it quits.

Throughout our marriage, the drinking often got in the way, but it was the very thing that kept us held together. Without it we were nothing and that’s what it felt like on that day.

My relationship with my husband and alcohol was an enchanting one. Thirteen years ago, we found one another in the dark rooms of a night club which later became our familiar dance. Much of our outings involved alcohol. It was slowly tearing us apart, but it was ours. We lacked emotional intimacy and our communication consisted of yelling and arguing with one another, but it kept me safe because I didn’t have to feel.

Once he decided to quit, I was faced with a terrifying decision. Do I stay, or do I go? What does that mean for me or us? Are we done? What would our nonexistent conversations look like now? This is it. I felt so many feelings that day. I was angry, confused, and relieved all at the same time.

I just knew that I wasn’t ready to stop drinking because stopping meant that I would have to face my darkest wounds if I did.

Our marriage continued but we grew even more distant. Something within me couldn’t take it anymore, but I didn’t know how to fix it, so I decided to get away to figure it all out. I went on a retreat. During this retreat something pulled me to speak in front 75+ people I barely knew. I was terrified but the words flew out of me. To this day, I don’t quite remember what I said. But it was in this space that I finally admitted to myself that I had a problem with alcohol because of an old wound I had been carrying for over 20 years. The relief I felt that day lifted what felt like a ton of bricks keeping me locked in shame. This then led me on a deep healing and spiritual journey.

Right around that time I was introduced to Kundalini Yoga. The very first time I practiced it, I experienced deep internal bliss. It’s hard to explain; only those who have practiced it can understand it because it’s such a different and an internal experience.

A few years later, I became a Kundalini Yoga & Mediation teacher as it became my saving grace and one that my husband also found deeply healing. We had something again, but this was different.

We both still practice Kundalini Yoga on a daily basis today and our marriage has evolved in ways I only dreamed of, but never thought was possible, because of it. Our marriage today is one where we can spend hours laughing without the need of alcohol. We have the tough conversations and feel supported and safe to speak our truths and desires with one another. In fact, we don’t shy away from them. We have them frequently to make sure we’re on the same page and meeting one another’s needs. Most importantly, we are free of addictions and running away from the wounds that got us there. The best part is that I can be me and be fully accepted for my quirks and all. He knows more about me than anyone else on this planet. He’s my best friend.

I will forever have immense gratitude for the practice of Kundalini Yoga. It served as the greatest catalyst for the growth of our relationship and our own individual paths.

It led to the healing of my inner child and the explosion of various addictions I once called my best friends. It’s allowed me to feel it all as I released the old stories that had me running away. I now believe that vulnerability is actually pretty sexy.

We all deserve to heal. Sometimes it starts with letting go of the one thing you think is keeping you together. – Lissette La Rue (Click to Tweet!)

I leave you with two questions. What patterns or addictions do you feel are getting in the way of your relationship or life? In what ways have you let go of old patterns or relationships and how has that served you today? It’s important to celebrate our wins too.

Lissette LaRue, MS, NCC, LPC, CHT, founder of Healing From Within LLC, is a bilingual (English/Spanish) Trauma Release Specialist, Kundalini Yoga & Meditation Teacher, and Spiritual Life Coach for Executives and Entrepreneurs. She’s helped thousands of clients, in-person and online, who feel weighed down by trauma, addiction, relationships, fears of being seen, struggles with life transitions, and connecting with the inner child. She’s appeared on Thrive Global, Elephant Journal, Refinery 29, The Health & Wealth Summit, She Is A Genius Rebels Summit, Venus Warriors Podcast, and more. Sign up for her FREE “1 Minute Exercise To Reduce The Anxiety That’s Kept You Captive” by going to LissetteLaRue.com.