Being Raised by Grandparents

From Our Community | Inspiring, Loving 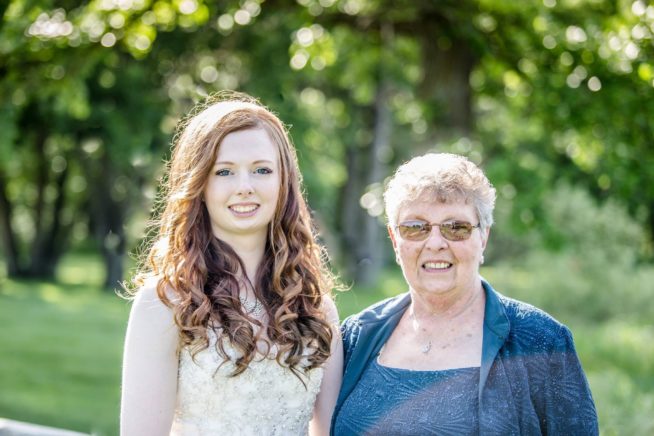 We all have those memories with our grandparents. Going to grandma and grandpa’s house and getting away with things that your parents would never have allowed. Grandma giving you too much sweets and saying, “Don’t tell your mother.” Grandpa telling you war stories.

But what happens when your grandparents end up becoming your parents? Well, that became my reality at the young age of 10 years old.

I remember my mother always being sick off-and-on during my childhood. However, there was never too much concern. At least that’s what the doctors always told her. Her symptoms became worse and she slept almost around the clock. Even the few hours a day when she was awake, she was falling asleep sitting up. Late September of 2002 is when the ambulance arrived at our home. My sister had carried my mother between the bathroom and the bedroom as she was violently ill. I was terrified as my mother was taken away in a stretcher. That was the last time she was ever in our home. After a few weeks in the hospital, my mother passed away from multi-organ failure due to an unknown cause, leaving my father, my sister, and I alone.

Adjusting to life after my mother’s passing was not easy but we managed to pull it together. My older sister had become the main caretaker for me as my father worked. My family wasn’t perfect by any means. My father was an alcoholic and loved the bar scene. However, I clung on to him as when he didn’t drink, he was the most amazing person I knew.

September 2004 rolled around and my father had decided to throw a large party at our home inviting all of his buddies. As the night went on and the alcohol started to pour, I decided to head to bed. Ten-year-old me wasn’t able to keep up with the late nights. As my dad tucked me in bed and I made him promise me that he wouldn’t drive, as I knew he had too much to drink.

That night my father broke his promise, which cost him his life.

Losing one parent is really hard but losing both parents is nothing but a downright nightmare.

It became clear to me right away that I wanted to leave. I wanted to run as far away as I possibly could. I couldn’t handle the trauma that I had endured. The opportunity to move several states away was presented to me as well as a whole new life. That’s what I wanted. It’s what I needed; to start over.

A month later I packed up my stuff and away I went. It started out with me living with my dad’s brother and his wife. As a few years went by it became obvious that the trauma had affected me in many ways and living with them wasn’t feasible anymore. Luckily, my grandparents lived right down the road and were willing to take on the challenge of raising a 13-year-old teenager who had been through more than any child should. My grandparents were my dad’s parents and had only raised three boys which were more than 25 years prior to my arrival. They never imagined they would be giving up retirement to raise a grandchild. Shortly after I moved in, unbeknown to me, my grandfather got a cancer diagnosis with only two years to live.

I had a fire inside me that my grandfather would do everything in his power to tame. He was very strict growing up and some days I couldn’t stand it. My grandmother on the other hand, spoiled me and let me get away with almost anything which resulted in us having close bond. Raising me was a whole new ballgame compared to years ago when they raised my dad and uncles. The age difference, technology, gender, everything was different for them.

However, through the disagreements and heated arguments, they still encouraged me to participate in all my school’s extra-curricular activities. They drove me several hours a week to participate in sports and watch me in parades as I represented the town. Cancer was never going to stop my grandfather. He just wanted to make it to see me graduate. My success was important to him.

One month before my wedding day in 2016 my grandfather passed away. He outlived what the doctor predicted by eight years. He lived to see me graduate high school, graduate college, and get engaged.

You know what’s worse than losing two parents? Losing three. But I don’t regret living with my grandparents. It was one of the hardest things I have ever done but one of the most rewarding. They gave me opportunities that I wouldn’t have been able to have otherwise.

It’s now 2020 and I’m 26 years old. I live two hours away from my grandmother who luckily is still in pretty good health. We still have a close bond all these years later and I talk to her every week on the phone. She has and always will be a mother figure to me in my life.

I was lucky to get a second chance to have parents, people who treated me as their own. It’s funny how sometimes life doesn’t go as planned.

Michelle Swosinski is 26 years old and lives in Wisconsin.