How to Break the Intergenerational Cycle of Shame 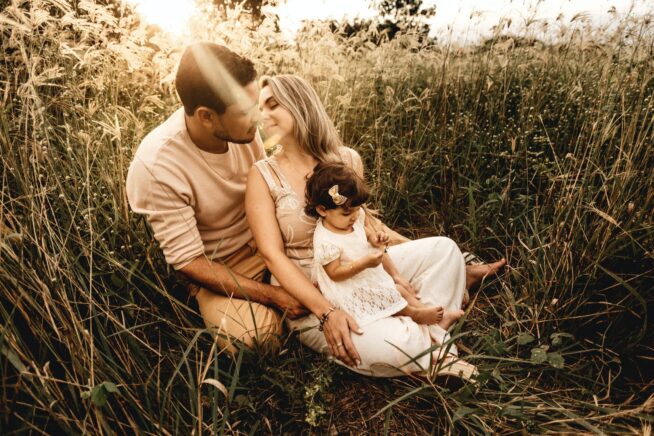 “Shaming makes the child wrong for feeling, wanting or needing something.” – Robin Grille

In our last post, we talked about how the mild shame that helps us learn social rules can get twisted into toxic shame when children are punished.

Of course, ALL children will at times feel, want or need something and express it in socially unacceptable ways.

So today, let’s talk about how we can guide children toward appropriate behavior to get their needs met, without shaming them.

To start, let’s experience the effects of mild shame. Try this:

Say YES aloud several times. What do you feel? I smile and feel excited, happy, tingly.

Now say NO aloud several times. What do you feel? My smile dies. My body feels tight, contracted, trapped. I feel a sense of dread. Some people (usually those whose parents were punitive) also feel anger.

That’s mild shame. It’s not comfortable. Mild shame is nature’s way of helping us rein in our impulses so we can stay safe, live well with others, and even attain our goals. Dan Siegel calls it the prefrontal cortex clutch, because it allows us to shift gears from pursuing something we want, to redirecting ourselves to something we want more — for instance, not to disappoint our parent, or not to be stared at in church because we’re making inappropriate noise. All kids need to develop that ability so they can self-regulate.

How do kids develop this internal clutch to shift gears? It’s neural wiring, so it takes repeated experience in the brain. Every time you set an empathic limit that your child decides to follow, you’re helping him practice.

“You love climbing! But the TV cabinet’s not safe for climbing. Let’s go outside where you can climb safely.”  What does the child learn? His impulse to climb is fine. Climbing onto the TV cabinet isn’t safe. Climbing outside is fine. Mom and Dad can be relied on to guide him, and to help him switch gears. The child turns and climbs into the parent’s arms. (This is probably not the first time he’s heard this, so it takes great patience from the parent. But sooner or later, he hears their voice in his head as he begins climbing, and he stops. You might think of it as the beginning of conscience, and self-discipline.)

What if, instead, the parent said: “You know better than to climb on that! You naughty boy! Can’t you stop giving me trouble for one minute?”  What does he learn? He’s naughty, bad, a source of trouble for his parents. The things he wants to do are bad. Exploring is bad, climbing is bad. He should be different; he’s not good enough the way he is.

He hears the No. And he feels the mild shame that is the biological result of reining in his impulses. But now that shame is all mixed up with the feeling of being a bad boy who is trouble for his parents. He can’t bear that feeling, so he climbs away from them, higher.

Does he WANT to switch gears, to “listen”? Not really. He’s already given up on pleasing his parents. Sure, they can haul him off the TV cabinet (and all of us will, since this is a safety issue), but he isn’t CHOOSING to follow their lead. So he isn’t actually building the neural wiring he needs to switch gears.

Now, his long-suffering mom gives him a timeout, so he’ll learn to “listen.” As he sits in timeout, does he vow to obey her next time? Not likely. He’s overwhelmed with shame. But that feels so unbearable that he’ll do anything not to feel it. Instead of showing remorse, he goes numb. Or he lashes out in anger. Instead of taking responsibility for his actions, he blames others. Instead of internalizing the limit his parent set for him — “That’s not okay to do; here’s what you can do instead” — he rebels against that developing voice of conscience in his head and becomes defiant.

Notice that this shame that manifests as defiance comes from both the criticism and the punishment. We can also create shame by ridiculing kids for their feelings or actions, or by making them feel that something about them isn’t good enough. These are all common ways we try to “teach” kids — by shaming them.

Will the child be damaged for life if she’s been shamed? No, as long as that was a rare occurrence in the context of unconditional love and acceptance. But if these shaming interactions are repeated throughout childhood, the shame can become toxic; the beginning of a fear of being defective that can shadow us through life. We push it down out of awareness, but we still feel it, so we numb ourselves with over-eating, screen time, overwork, alcohol. Most adults stumble across this repressed shame occasionally — usually when we feel embarrassed in public — and find it at least temporarily disabling.

Of course, we can’t let our child climb where it’s dangerous. And kids are exuberant and strong-willed; they don’t always obey our commands, no matter how hard we try to stay connected.

So how can we get them cooperating without creating shame?

1. Resist the urge to ridicule, guilt trip or shame in small ways that seem “harmless.”

Many of the ways we “guide” children are actually designed to provoke shame. That includes any negative judgment about:

Instead, just empathize and set a limit without judging or criticizing.

2. Model the behavior you want.

Kids look to us for guidance to know what’s socially acceptable, as long as they respect us. So if they have an impulse that’s clearly not what gets done at our house — peeing on the floor, for instance — they’ll learn to restrain their impulse to pee on the floor. That’s developing their internal brake. Conversely, if they see you indulge in being critical and yelling, they won’t rein themselves in from criticizing and yelling.

3. Welcome discussion on all issues.

Secrets cause shame, because they give kids the message that something is unspeakable. It’s terrific to tell your daughter that you don’t even notice her birthmark and she’s beautiful, but be sure it’s a topic of occasional discussion in your house so she feels comfortable bringing it up. If her experience is that others notice her birthmark and she feels different, but can’t share that with you, then she’s likely to develop shame about her birthmark. Be age-appropriate in your explanations, but nothing should be off limits for discussion.

Every time you set an empathic limit, your child practices using his internal clutch to manage his impulses, which means he’s developing the neural wiring to manage himself. And the more empathic you are as you set the limit, the more your child will accept the limit, and WANT to shift gears to channel his impulses into more acceptable behavior. Conversely, if he feels judged or criticized, he’ll resist your limits and feel ashamed of his own impulses.

5. Resist the urge to punish.

Giving a child the message that she needs to shift gears can be done simply by:

That’s how children learn right and wrong. You never need to show the child they were wrong by punishing them.

Punishment, by definition, is an action with an intent to hurt, either physically or emotionally, in order to teach a lesson. Punishment is effective only to the degree that the child experiences it as painful, so while parents may think they’re using “loving discipline” to teach their child, the child will never experience pain that is purposefully caused by the parent as loving.

Punishment intensifies the shame response to toxic levels and sends the clear message that the child is so bad that the people who are supposed to nurture and protect her are intentionally hurting her, either physically or emotionally.

Your child might respond to this by trying very, very hard to be a very good girl, her whole life. (If you think that’s a good outcome, have a conversation with an adult like this about her tendency to anxiety or depression.)

Or, she might respond with anger. If you were one of these kids, you might have noticed anger when you did the exercise above and said NO! These kids become defiant and resist their parents’ guidance.

Either way, punishment always creates shame. Luckily, you don’t need to punish to get your child to cooperate. Connection is a much better motivator, and helps you set more effective limits. The climbing kid is more likely to come down when you call, if there’s something he wants more than to climb — that warm relationship with you.

That’s how you raise a child who:

WANTS to follow your guidance (in other words, is cooperative and has a conscience).

Knows, deep in his bones, that he is more than enough, just the way he is.

Anything less, as my mother in law would have said, is a “shanda” — “such a shame.”