What Stories Are You Telling Yourself That Might Affect Your Capacity to Receive? 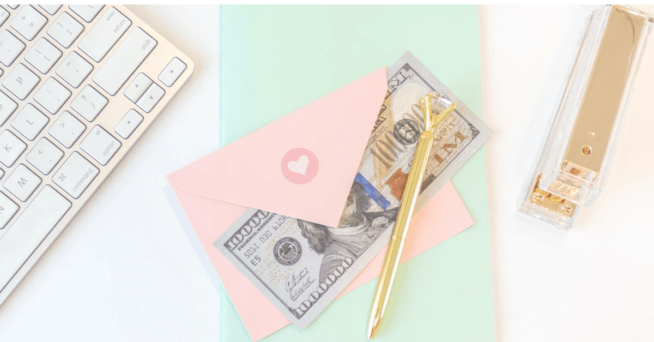 I grew up in Kenya where I was given a lot. I had an abundant life, with a beautiful house and garden, summer holidays to visit family and friends in the US, Canada, and Europe. There were many wonderful things I took for granted and believed were always going to be there.

But as I grew up, things changed. I went to do an art degree at a university in London and quickly realised that my upbringing wasn’t the norm for many people, most people in fact. I was around a lot of cliché ‘broke art students’ and I felt guilty about who I was. I began to feel different and separate from some of the new friends I had made.

Meanwhile, when I went back to Kenya for holidays and to see my family, I began to see my life there in a dramatically different light. The contrast between wealth and poverty seemed to be exacerbated. I had always been aware of it but had also been in a ‘protective bubble’ growing up. The contrast hit me so hard, I even decided to do my final first year (foundation) art project on it and spent time looking into children in slums and comparing them with myself. Needless to say, I felt it all. I felt the unfairness and the inequality. It felt too much and I began to hate that I had so much in comparison to those who had so little.

Something deep down in me changed at this time. I began to resent having more than others and, looking back, I realise I began to reject who I was and what I had been given.

I started to pay for everything for friends when we went out. I thought that it was my obligation to help them as I had more. This became a pattern and I would give, give, give, always being the one to say, “I’ll pay”, and feeling guilty if someone wanted to give me something.

When university finished I had to start making my way fully on my own. I was on minimum wage to begin but, after I’d graduated, I was also given access to a trust that had been left to me by my mum, who had passed away when I was eight years old. This meant that, once again, I was in a different financial position to my colleagues – who I was spending more and more time with. I continued to offer to pay for everything when we went out together, even paying for taxis for them to get home if it was late!

I also began telling myself that I would rather have had a mother than the money, and I remember feeling completely disconnected from it. As you can imagine, I went through my trust fund pretty quickly. Even when it ran out and I was in the exact same position as others – earning just my salary – my beliefs and behaviours had become ingrained and I still felt an ‘obligation’ and ‘responsibility’ for everyone else. As I began to earn more, I was still able to pay for others, but I also managed to get a loan, credit cards, and have an overdraft during this time.

It was only when I began to hit the beginning of my rock bottom and I left my work (loan spent, credit cards maxed, and living at the limit of my overdraft), and with only minimal income from one part-time freelance job, that I HAD to start changing. I had six months where I couldn’t find more work, so I couldn’t pay for others. I could barely pay for myself, and there were weeks when I could barely afford food, let alone rent.

This was one of the hardest times in my life but, on some level, inside, I also felt that it was what I deserved. It was my turn not to have anything. I also felt some sort of nobility at being how I perceived others to be. I wanted to make it on my own, from the bottom up, and not from using what had been handed to me.

Over the next few years, this is what showed up for me. It was like my tap of abundance that I’d had growing up was now shut off. No matter how hard I tried with business – and  I knew what to do and tried a lot – it wasn’t making me money.

It was only when I began to unpick these many stories and layers, releasing and letting them go, that things started to shift and change.

I slowly learned to love who I am. I stopped judging myself and accepted what I had been given, seeing it as a gift rather than a curse. I began to feel worthy again: worthy of living an abundant life and not just one where I am scraping by. I began to attract people who wanted to work with me and pay me. I learned that my being in lack and scarcity doesn’t help anyone, least of all me.

What stories might you still be telling yourself that affect YOUR capacity to receive? 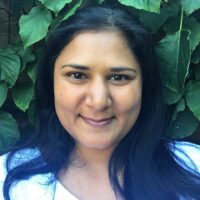 Tara Jackson is a business intuitive and mentor and the founder of Empathpreneurs, a business service for empath entrepreneurs supporting them to align and ground their businesses with the chakras. Her second book, Embodied Business, is coming out in November 2020 and looks at each of the seven main chakras in terms of any blocks that might come up which prevent you from showing up in each of these areas as they relate to your business.