10 Subtle Lies We All Tell Ourselves 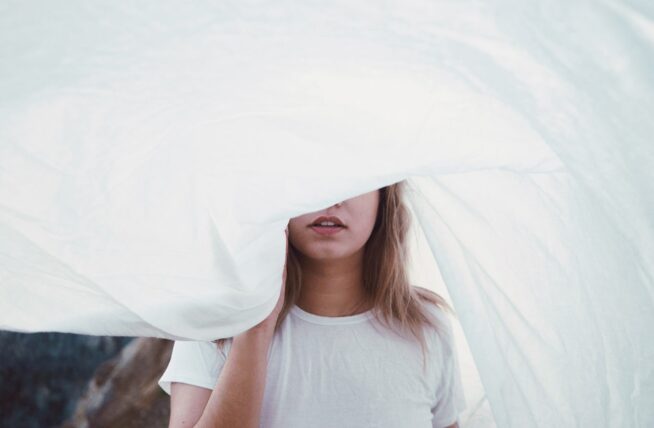 When I was a child, I was fairly certain I would be a lawyer or a veterinarian as an adult. As I got older, though, I realized that neither of those things held any interest to me. Luckily, I realized that before digging myself into student debt to study something I would have hated. What was true, though, was my want to help people, something that both lawyers and veterinarians do. I could still meet those needs, just differently.

Once upon a time, I convinced myself that every negative emotion I experienced stemmed from a trauma I couldn’t recall. That, if I worked hard enough, I would figure it out and resolve the problem. The reality is stress was feeding into anxiety and making me feel terrible about myself.

The point is, we are often the worst at understanding our desires and emotions. We often tell ourselves lies and the reason we do this is simply to feel better. Right now, you might not realize which lies you’re telling yourself, but there are probably a few.

It might seem innocent, but when you subtly lie to yourself the way in which you do, you’re fulfilling short-term desires at the expense of your long-term goals and needs.

Let’s uncover some of the subtle lies we tell ourselves.

While you might be telling yourself that you’re a victim of your past, it’s not true. What you are is a victim of yourself trying to sell yourself as a victim. The actions you took in the past have helped shape who you are now, but your past doesn’t have to haunt you.

You’re capable of overcoming the past to build a better future, you just have to stop over-analyzing everything you did or didn’t do. You can learn lessons from your past, but you can’t dwell on it because it will only remove you from the present.

I hate to break it to you, but you’re never too old and it’s never too late. Colonel Sanders was 61 when the first Kentucky Fried Chicken franchise opened. When Leonardo da Vinci painted the Mona Lisa, he was 51. Julia Child didn’t write her first cookbook until she was 49. Harry Bernstein didn’t write a hit book until he was 96.

While there are a lot of people who achieve young, there are still plenty who achieve their success later in life. It doesn’t matter if the odds might seem stacked against you, don’t doubt yourself, it isn’t too late, you can do it.

If you’re not happy right now, you will not find happiness from achieving a goal. You will experience elation at that moment, you will feel satisfied that you achieved your goal, and there will be a sense of joy. Unfortunately, it’s fleeting. It’s only temporary.

Happiness comes from within, not from external validation or achievement of random goals. You can find happiness without putting an ultimatum on it by holding off on joy until you achieve x, y, or z.

Oh really? Will You? No, you’re lying to yourself and if we’re being honest with ourselves, it’s probably one of the most common lies we tell ourselves. You don’t know how much time you have on this earth, no one is guaranteed tomorrow so we have to make the best of the time we have.

When you say I’ll do it later, you’re just putting things off and trying to excuse yourself. Don’t. There’s no right moment. There’s no perfect time. You will always find a reason to back out of doing the thing you know you need to do, just stop lying to yourself and do the thing!

Everyone experiences failure, but when failures occur, we often tell ourselves that the reason we failed is that we’re losers. You’re not a loser. The first step you have to take is to let go of the expectations you’ve held onto about what your life should be or what it should look like. Instead, focus on what you have and where you are now.

Things won’t always go your way, but that doesn’t mean you haven’t achieved or won’t achieve. Keep pushing on.

You aren’t alone in thinking this, a lot of people experience this. Just because people don’t agree with you doesn’t mean they don’t understand you. It’s okay to be different, but you can still listen to other opinions and welcome feedback that will help you understand yourself. Trust me, there are plenty of people out there who get you, you either haven’t realized it yet, or you haven’t met them yet.

You have a different personality than I do, you have different abilities and skills. We all do. That’s why it’s a problem to compare yourself to other people. You look at someone you see as successful and you wonder how they did it when you haven’t.

You convince yourself it’s because you can’t. This overlooks the fact that everyone has a different definition of success and everyone walks their own path. That person might have a successful career and go home to an empty house, longing for the family you have (or vice versa). You don’t know anyone’s reality and focusing on what others have done isn’t going to help you achieve what you want.

This is a big one and it’s one that we all use as an excuse. Life can be chaotic and it’s challenging to tackle work, home life, and everything else that’s going on. Yet, you somehow find plenty of time to binge the latest reality television release on your favorite streaming platform.

Hey, there’s no shame in that, unless you make a habit out of it while making a habit out of using limited time as an excuse. You would be shocked by just how much time you have if you start being mindful of how you use it. If you want abs, you can make it happen. If you’d like to start a business, you can. Get up and go out there and find a way to make it happen!

Well, if that’s the lie you continue to tell yourself then yeah, there’s a good chance that everything is awful. Because you’ve put yourself in a position where you’re unable to recognize the wonderful things in your life and focus solely on all of the negative aspects.

Life is what you make it — you actively choose whether you see a glass as half empty or half full. Try keeping a gratitude journal to highlight all of the incredible people and things in your life.

George J. Ziogas is an HR Consultant with 15+ years of experience across a number of industries with a specialization in Occupational Health and Safety (OHS). He is a qualified vocational instructor/teacher and personal trainer. George is also a blogger and top writer in numerous categories/tags on Medium. He speaks several languages (English, Greek, Macedonian), and enjoys working out/keeping fit, music, reading, and traveling.  He is married and lives in the beautiful Southern Highlands of  New South Wales.