How to Overcome Your Fear of Being Wrong 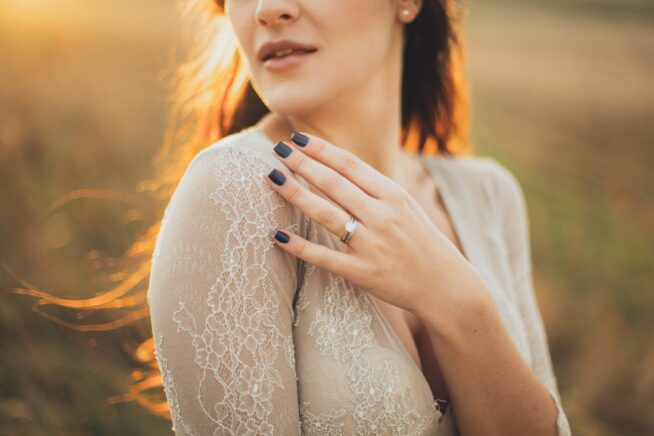 I decided I wanted to be a writer in 2009 while serving a church mission. It wasn’t until 2015 that I actually started writing online and actively pursuing my dream to be an author.

Then I thought: It’s better to be “anxiously” engaged in a good cause than doing nothing at all. I’ll never do perfect work, but I can have pure intentions.

So, I started writing. I wrote lots and lots of imperfect articles, often filled with typos. After about 100 articles were written, I got a book deal for what became Willpower Doesn’t Work, which was published in March of 2018.

I recently re-read Willpower Doesn’t Work and see it with totally different eyes. It’s only been about three years since I wrote it, but I’m already a different person and a different writer than when I wrote that book.

As the British philosopher, Alain de Botton, put it, “Anyone who isn’t embarrassed of who they were last year probably isn’t learning enough.”

I won’t go as far as saying I’m “embarrassed” by “Willpower.” But let’s just say I wouldn’t write that same book today. That said, I’m glad I put it out. I’m glad I published an imperfect piece of art. As Paul Gardner said, “A painting is never finished — it simply stops in interesting places.”

“Willpower” was never “finished,” it just ended in an interesting place. I “abandoned” it at some point so my mind could start thinking about something else.

Sometimes, I’ll look back on my old blog posts from 2015–2018 and shake my head. Sometimes it actually is a little embarrassing. Tim Ferriss has even said he shakes his head at some of the stuff the 29-year-old Tim wrote in The 4- Hour Workweek. Even still, he’s very glad he wrote that book. It changed his life and millions of other lives, despite its imperfections.

Why does all this matter?

What can you do about this?

There is nothing wrong with this! In fact, it is actually an incredible experience.

Dr. Daniel Gilbert, a Harvard psychologist, has been studying how people’s personalities change over time. He even gave a great six-minute TED Talk called, “The Psychology of Your Future Self.” Here’s the gist:

Gilbert asks people the question: “Are you the same person you were 10 years ago?”

Almost everyone says, “Not at all!”

Think about this for a second…. I’m asking you right now, the person reading this article… “Are YOU the same person you were 10 years ago?” You’re probably not. You probably have different perspectives, priorities, goals, relationships, habits, focus, etc.

Back to Gilbert… After helping people see the changes in themselves over the past decade, he then asks them, “Do you think you’re going to experience as much change in the next 10 years?”

Most people don’t think so. Most people over-value their current identity and perspectives. We think that we “know” ourselves now, and that, for the most part, we are who we are and we are who we’re going to be. (Gilbert calls this the “End of History Illusion”)

Here’s the reality, though, your personality and perspectives are going to change, a lot, over time. Especially if you’re someone who is seeking growth and learning. Your future self isn’t the same person you are today.

In fact, research done by Hal Hershfield at UCLA shows that it’s very, very good for decision-making to distinguish your current and future selves as two different people. Instead of asking, “What would I like to do today?” it’s much better to ask, “What would my future self like me to do today?”

Pulling this all together — there’s a great lecture by Paul Graham entitled, “Keep your identity small.” In that short article, Graham explains that when you’ve made something a part of your identity, then you become “dumb.” Instead of being able to think about it rationally and from other perspectives, you seek to defend it and confirm your bias.

We defend our identity. Hence, Graham recommends we keep our identity “small,” so that we can not get trapped in narrow perspectives. This is one of the MANY reasons you shouldn’t take personality tests like Myers-Briggs and Enneagram seriously. Firstly, they are pseudoscience (seriously). Secondly, they give you an identity that you may feel is final.

I see this far too often, where people say, “This is who I am,” in very definitive terms. “I’m bad at business,” “I’m not creative,” “I’m an introvert.” These are very definitive statements. Identity is liquid, or at least, gel, but as people, we tend to make it stone. We like to believe we know exactly who we are (this is the end of history illusion).

When you realize your future self will be different, then you can hold your current identity more loosely. You won’t overly define your current self because you know your future self is actually far more important. As my grandfather Rex Hardy once told me, “You are a wonderful man, but you must always remember that it is not what you are today that matters, it is what you want, in your heart, to become.”

Your future self is more important than your current self.

Your current self is temporary. Your future self will see things differently. You’ll make better decisions today if you do so with your future self in mind. You don’t need to be so definitive about who you are today. Instead, you can be actively seeking and becoming who you want to be, with full recognition and humility that you are not that person yet.

This isn’t “faking it until you make it.” This is the acknowledgment that your future self isn’t who you are yet, but it’s who you are now striving to be.

The #1 regret people have on their deathbed is that they didn’t have the courage to be who they wanted to be, but instead, they lived up to the expectations of those around them. Dan Sullivan, founder of Strategic Coach has said, “All progress starts by telling the truth.”

You may need to get into your journal and take some time to think about who you really want to be. Research shows that nearly everyone wants to change some aspect of their personality — whether to be more confident, organized, better with people, etc.

So why not just admit it? Why not be honest with yourself about what you want? More than that, why don’t you take the time to clarify and imagine who you want to be, and what circumstances you want to have?

Rather than trying to “find” yourself, which is a fruitless search, why don’t you make the decision about who you want to be?

Once you’ve clarified who you want to be, the next step is having the courage to tell everyone about your goals. There are some people who say you shouldn’t do this because you’ll get negative feedback which will kill your confidence. Here’s the thing, though, it’s very powerful for your identity and even subconscious to hear yourself say who you want to be. Telling yourself you want to be an actor, or a musician, or an entrepreneur. Whoever you want to be. As Frank Outlaw put it:

The best way to live “presently” is by actively striving toward your desired future. Dan Sullivan also said, “The bigger the future, the better the present.” When you’re striving to create a desired future, then your present looks much different than if you’re just on autopilot.

When you’re trying something new, you’re going to deal with uncertainty. Your personality is simply your comfort zone. The two words basically mean the same thing. Your brain forms memories to allow you to predict the outcomes of your behavior. From a neuroscience perspective, the brain is basically a “prediction machine.”

When you’re in new situations, your brain sends a lot of signals to get you back to safety — the “fight or flight response.” Your brain is trying to protect you from the uncertainty of what’s going on. This is a survival tactic.

Here’s the thing, though. Your brain learns by experiencing what is known as “prediction errors.” When a small child touches a hot stove, they incorrectly predicted what would happen, and as a result, form a new memory and perspective of the world. This is a really good thing, although painful at the moment.

Learning doesn’t necessarily feel good in the moment. Having your view of the world altered can be disorienting, and sometimes physically and emotionally challenging. Dealing with uncertainty and being outside your comfort zone is how you learn.

In psychology, we call this “tolerance for ambiguity.” It’s something you can get better and better at. You become emotionally flexible and can hold your current thoughts and emotions loosely while pursuing meaningful goals. You can hold your current identity loosely, rather than overly defining yourself. Instead, you can know that your current and future selves are two different people. There’s a lot of learning between where you are now and where you want to be — emotionally, perceptually, and in skills and abilities.

You develop flexibility by simply doing it. Courage is the doorway to change. You’ve got to try new things, be surprised, and make mistakes. You’ll need lots of support and encouragement from those around you. Encouragement is so important and can help you act courageously when you’re scared, unsure, or are losing hope. Get help from those you love, and from those who will support you as you hit your own glass ceilings along the way.

If you have a fear of being wrong, then you’re not going to move forward. The truth is, you’ll never actually be fully “right.” The best thing you can do is courageously move the direction you want to go. As you progress, build confidence and skills, you’ll look back on your former self and realize how far you’ve come. You’ll be grateful for the courageous and imperfect steps your former self took.

Therefore, stop worrying about being wrong. Instead, be “anxiously engaged in a good cause.” Try your best. Fail forward. Keep moving. Expect everything and attach to nothing. Your future self is more important than your current self.

Have an amazing day! 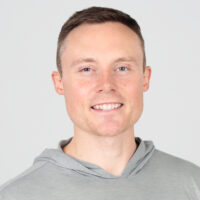