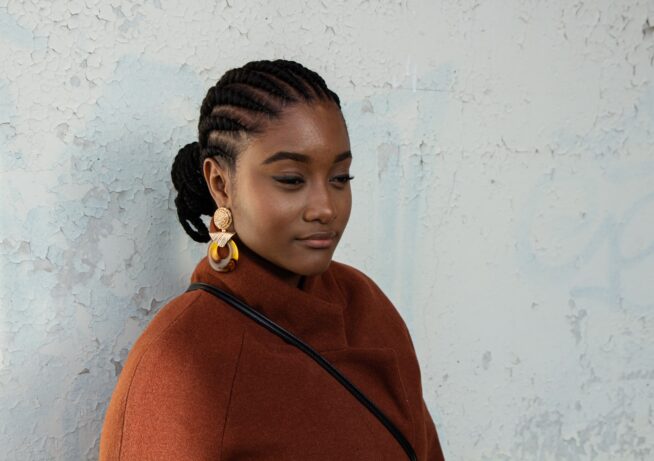 “What others think of you is none of your business. If you start to make that business your business, you will be offended for the rest of your life.” — Deepak Chopra

Now you may think you’re making your own decisions, but I can promise you that you’re not. At least not 100%. Because if you were absolutely living your life 100% by choice, my guess is, you’d have something even slightly different from what you have.

There are layers and degrees when it comes to having the confidence to full-out make the decisions you want to make. Most people have likely settled on less than 50% of what they really want. If you’re doing REALLY good, you may have settled on like 70–80% of what you really want.

Interestingly, it’s easy to convince yourself that you’re FULLY making a choice until someone really challenges it. Then you’re forced to really ask: Is this TRULY what I want, or is this a slightly different but “close enough” version?

Becoming psychologically bulletproof means that, less and less, you take “close enough” versions of what you want.

But getting to that level of honesty and confidence is not easy. And you definitely cannot do it by yourself.

So in this article, I’m going to break down three science-based strategies for getting closer and closer to that level of confidence — wherein you truly do make decisions based on what you truly want, knowing you can have it. Rather than settling for less.

Robert Brault’s bone-chilling words will set the tone: “We are kept from our goal not by obstacles, but by a clear path to a lesser goal.”

This applies to all of us. We have all settled for some form of “lesser goal” for ourselves in various aspects of our lives. The question is: Are we willing to raise our standard of honesty, both with ourselves and other people? Are we willing to face obstacles — which by the way are mostly emotional — in order to create the life we really want? Or are we going to forego the emotional tension and instead, settle for a lesser path, which is less emotionally taxing.

Being fully honest, and being willing to admit when you’ve settled takes guts. It takes courage.

And in order for you to be courageous, you’ll need encouragement from amazing people. So that’s where we will start:

1. Have Amazing People Around You, Whom You Trust, Who Help You Claim The “Permission” You Need

“Trauma is not what happens to us, but what we hold inside in the absence of an empathetic witness.” — Peter Levine

One of the top keys to being successful and even living a long-life is healthy social support. Almost nothing else has been found to be a better predictor in all of the psychological literature.

But “social support” isn’t enough. You need the right type of social support. You need smart people you look up to, who can help you claim your confidence.

I’m lucky enough to have such people in my life. One of them is Tucker Max, who is one of the smartest people in the world when it comes to writing, positioning, and packaging books.

Tucker has edited two of my books now and has helped me in many other ways. While writing a book I’m co-authoring with Strategic Coach founder, Dan Sullivan, I got all caught-up in my head. I started worrying about all the wrong things and couldn’t get myself to write.

I just didn’t have the confidence to do what I really wanted in that situation. When you’re pursuing big goals, your confidence often isn’t to the level of the situation. This is why you need people who can see the situation for what it is — without fog and confusion.

Tucker gave me permission to write the book I genuinely wanted to write, helping me realize that would be the absolute best thing I could possibly do.

More recently, I’m working on a book proposal for what could be a controversial book. I thought I was proposing the book I really wanted to write. But when Tucker read my proposal, he immediately saw that I was beating around the bush.

“Why don’t you just go all-in on this idea?” he suggested, pointing to a concept I was building as a second or third level concept in the book.

And of course, what he was saying was 100% on the money. If I had the guts to do it, that’s the book I would totally write. Instead, I was squeezing the idea in as an afterthought, because I was too afraid to fully own in.

Tucker gave me permission, yet again, to do what I truly wanted to do, without need for apology.

We all need people like this, not just for our careers, but for ALL aspects of our lives. It’s humbling to have experiences like this where you realize you were settling for less even when you thought you weren’t!

In my case, I genuinely thought I was writing the book I wanted to write. But then, with a single comment from a trusted friend and some introspection, I was able to see that I was hiding. I was playing safe. I was settling for a “lesser version” — maybe a 60–75% version — of what I really wanted.

Would it be more risky to go 100% for what I truly wanted? Of course.

But there’s no other way to go when you’re living your life by choice rather than default. And you need encouragement from smart people you respect who are willing to tell you straight up when you’re settling for less.

2. View Everything In Your Past and Present As: “This Happened FOR ME” (not TO ME)

When you dig a little deeper into this concept, it is a game-changer. But initially, it doesn’t make much since.

Let me give an example: My father-in-law raises bees. He has several hives. And each hive has a queen. A few days ago, he was marking one of the queens, and when he put it back into the hive, all the bees killed the queen. He had put her in too soon and the smell of the paint hadn’t dried. So the bees didn’t recognize their queen.

This was pretty frustrating for my father-in-law. For that particular hive, it will cost him at least a month of production, which is likely several dozen pounds of honey.

He asked me: “How can I view this as happening FOR ME? There are no benefits to this situation. It just plain sucks.”

We got talking about the long-term situation. If he’s only committed in the short-term to raising bees, then yes, this situation can be chalked-up as a “loss.” But if he’s committed to the long-game, then this is EXACTLY what he needed.

Why? Because clearly he just made a mistake. He did something that killed the queen and slowed the progress of one of his hives. That’s HIS fault, due to his ignorance.

This situation, although frustrating in the moment can be an incredible LEARNING experience, thus allowing him to hopefully not repeat the mistake he just made. Therefore, this event happened FOR the long-term success of his bees, if he learns from it.

It all depends on how you look at it.

You can apply this same principle to ANYTHING that has either happened to you or is currently happening to you.

Life isn’t about what happens to you, but rather, the meaning you give to what happens to you (which, although it doesn’t feel like it, is actually a choice). The more emotionally evolved you become as a person, the more effective you are at giving useful meanings.

Challenge for you, the reader: Look at any event from your life, which you believe has negatively impacted you. Now ask yourself, was this ABSOLUTELY a negative experience, or am I simply ascribing a negative meaning to it? What would happen if I chose to see it from a different angle? What would happen if you chose a different meaning for the event — such that it can be viewed in a positive light? How would seeing this event different change how you see yourself and the world?

When negative situations pop-up, which they will, do yourself a favor. Don’t get all caught-up. Take a few breaths and entertain the idea that this is EXACTLY what you need.

What you resist persists.

Whatever is happening, as frustrating or annoying or disappointing, as it may seem, is HAPPENING FOR YOU. The sooner you can create that meaning and own it, the faster you’ll move forward as a person.

3. Tell People What You Truly Want For Yourself

“All progress starts by telling the truth.” — Dan Sullivan

There are a lot of people who believe you should keep your goals and ambitions private. And in some cases, that may be the right strategic thing to do.

But the reason for keeping your true goals private should be strategic, not due to fear of judgment or fear of getting negative feedback.

But here’s a question for you: If whatever you truly want is going to eventually come to pass, then won’t people know about it at some point or another?

If you’re TRULY going to achieve or become whatever it is you want, then eventually people are going to know about it.

One of the top regrets people have on the deathbeds is that they didn’t have the courage to do what they truly wanted. Instead, they lived up to the expectations other people had for them.

Your identity — which is one the most powerful predictors of how you behave — is the story you tell about yourself. Most people are not intentional about their identity.

What would happen if you oriented your identity toward your goals, rather than telling the story about who you are or worse, who you were?

How would that change your relationships?

Want to become psychologically bulletproof? Define what you truly want and start OWNING it. Stop hiding. Stop worrying about the judgment of other people. Instead, get encouragement and support from the right people to have the courage to move your life forward.

Bust past emotional obstacles and become the person you genuinely want to be. Stop playing small. Stop settling for a 40, 50, or 60% version of the life you truly want.