8 Science-Backed Ways to Increase Your Hope 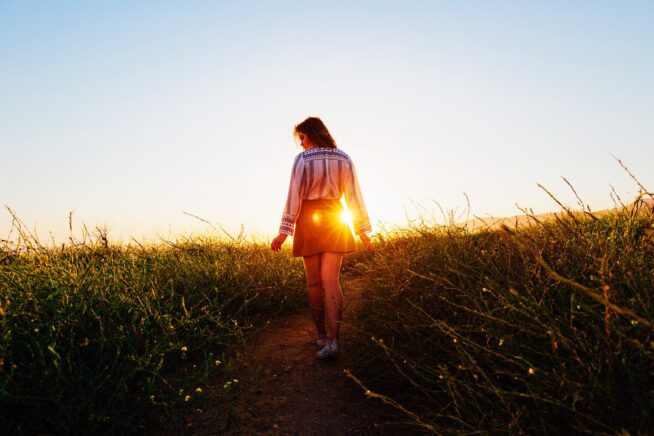 Especially in a time of social unrest, widespread unemployment, and a global pandemic, the advice to “stay hopeful!” might make you groan. But in getting through hard times, hope may be more powerful than we realize.

In his book Making Hope Happen, the psychologist Shane Lopez writes that in a crisis, less-hopeful people tend to shut down. They’re more concerned with “surviving the now” than preparing for the future. The most hopeful people, however, are more likely to create a picture of a meaningful goal that expands their sense of what they can accomplish.

Hoping for something doesn’t mean you’re not taking action. Hope is action. As an organizational psychologist, I’ve found that hope requires three things:

Here are eight ways to incorporate it into your life.

Look back on past wins

In a study published in The Journal of Positive Psychology, participants were asked to write about past experiences in which something they hoped for was eventually realized. After doing this, their happiness and hope for the future increased.

Dan Sullivan, the founder of the executive-coaching company Strategic Coach, recommends a similar routine called “the gap and the gain.” At the end of every, week, month, year, and decade, he suggests looking back at the “gains” you’ve had. The practice can help you go from feeling like your goals are always out of reach to feeling like you’re continually making progress.

In a recent survey I sent to my readers, one question I asked was: “What do you do, or what gives you hope, when things start to look bleak?” With more than 3,000 responses, the most common answer was “prayer.” Research has shown that prayer can increase hope and optimism, self-esteem, and adaptability during challenges, while decreasing feelings of depression and suicide. Prayer has also been shown to greatly improve relationships and can even improve health problems.

You don’t need to be religious to pray. Ultimately, prayer is a quiet search for perspectives, energy, or reasons. It’s putting yourself in a frame of mind in which you believe good things will happen — and then taking action. Set aside some time each day to sit with your own thoughts, whatever form that takes. If you don’t know how to fill that time, try simply thinking good thoughts or “sending positive energy” to the people you love, and see how your outlook changes.

Look for the ‘third door’

In his book The Third Door, Alex Banayan writes that success is like a nightclub: There are always three ways in. He explains it like this:

There’s the First Door: the main entrance, where 99 percent of people wait in line, hoping to get in. The Second Door: the VIP entrance, where the billionaires and celebrities slip through. But what no one tells you is that there is always, always… the Third Door. It’s the entrance where you have to jump out of line, run down the alley, bang on the door a hundred times, crack open the window, sneak through the kitchen — there’s always a way.”

People without much hope keep trying the same ineffective approaches over and over, even when they fail to produce desired outcomes. They don’t see that there are always alternate pathways to getting what you want, if you’re gritty and adaptive. You just have to be willing to try something that could fail, and fail, and fail again.

Research has found a link between hope and creative thinking. So if you’re struggling to make progress, create a list of strategies you haven’t tried. It’s okay if they seem absurd at first. Sometimes, thinking of the worst ideas can lead you to best ones.

Yes, it’s good to be informed. But it’s also important to be very aware that the news stories and social media posts you consume shape your view of the world. As Kara Cutruzzula writes on Forge, intentionally logging out of social media can be a salvation: “Think of it like social distancing for your brain. Just as in your physical space, you can be mindful of what you’re doing online in a way you never have before.”

And seek out the good, too. Research shows that humor can really help with hope, particularly when you’re going through a hard time. Some healthy comic relief can help you realize that everything will be okay. Laughing and being able to turn challenges into games can be essential for learning and growth.

In psychology, there’s a strategy called the implementation intention, which is a pre-planned response to a negative or “triggered” situation. Basically, you create an “if-then” scenario: If X happens, then I’ll do Y.

I find implementation intentions incredibly useful in maintaining agency in challenging situations. For example, you might tell yourself: “If I’m tired and am about to distract myself with social media, then I’ll get up, grab a cup of water, and go on a five-minute walk.” This way, you stop living in fear of failure because you know you always have a plan.

Cheer for yourself (literally!)

Confidence is built by recent positive experiences. And confidence and hope go hand in hand. By making progress and celebrating it, you’ll want to continue moving forward.

The Stanford researcher BJ Fogg, who studies behavior design and habit formation, found that habits are not actually formed through repetition. Instead, they are formed through deep emotion, which is why some habits or addictions can start after just one event. To build habits quickly, Fogg recommends actively celebrating even the smallest wins. And that doesn’t mean giving yourself a half-smile — it means yelling a full-out “YEAHHHH!” while fist pumping, or any full-throated expression of joy that feels authentic to you. By pairing small progress toward a goal with excitement and pride, you train yourself emotionally to want more of that behavior.

When you lose hope in your future, then you have what Carol Dweck calls a “fixed mindset,” or the belief that our traits and abilities can’t be changed. In order to have a growth mindset — a belief that you can grow through hard work and perseverance — you must have hope that the future can get better.

When you have hope, you experience setbacks differently. You’ll learn from them so you can do better in the future. This doesn’t mean you’re not bummed when they happen, but it does mean that you know how to emotionally regulate and cope. Whenever you experience failure, give yourself some space to recover, and then look at how you could improve.

Instill hope in others

Just yesterday, I texted a friend out of the blue to see how he was doing. Not well, he told me: He had hurt his back, and has been in excruciating pain for the past two months. Compounding everything was his frustration that he couldn’t work or take care of his children.

It was clear he could use some company, so I decided to visit him for a socially distanced chat. I was only over there for an hour, but by the time I left, his spirits had improved noticeably.

I felt different, too: Our time together was a powerful reminder of how small gestures of support can make an outsized impact. It was humbling. It was also motivating.

Psychologist Dacher Keltner explains that because of how our brains are wired, when we give hope to others, we derive pleasure that’s as strong as when we receive hope. So go and offer hope to someone — for their sake and yours. Focus on the people you love. Connect with them. Serve them. The most sustainable hope is the kind you can spread.