Working Hard Means Something Different for Everyone 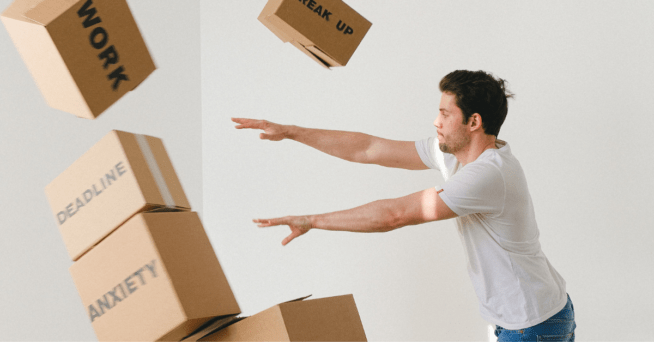 Gurus have all the right answers. They tell which shirt in your closet optimizes performance. They pull you in with the greatest tips kept secret since the beginning of time. They set the rules.

And more often than not, we believe them.

We see ourselves in light of how we match up with their tips. If our lives don’t align, we’re just piles of wasted space. But that lie couldn’t be any clearer.

These rules are gimmicks that prey on those who don’t think, speak, and do on their own. They are vague cliches in productivity clothing. Besides, working hard isn’t about meeting other people’s standards. It’s meeting yours.

You already have what you need to be successful.

Do what works for you

One of the worst things you can do is ignore yourself. I get that some people believe they are the center of the universe and that the earth revolves around them. But sometimes, we are right.

We have our ways of getting things done. And most of the time, it doesn’t include waking up at 5 am. Our methods are often unique. For example, I saw someone put a paper clip on the end of a roll of tape. I immediately felt as small as an atom.

I thought to myself, Why didn’t I think of that?

But my reaction proves a valid point:

We don’t believe in our methods. So we look to others for a “better” way.

Among the potential reasons for this is found in what we believe to be effective. We often exchange our brilliance with what some know-it-all says in a book.

Granted, they worked hard to put the ideas together. Compiled thoughts make a bigger impact if they’re wrapped in an aesthetically pleasing cover. But everything they say doesn’t work for everyone.

In the case of waking up early to increase productivity, behavior scientist John Levy found that it was actually counterproductive. There was a negative effect on happiness. And sleep deprivation over time produced similar results in those who had too much to drink.

We are all different. Why does that have to be a bad thing?

I remember when I started writing. There was nothing in my way. I wrote for hours on end, liberating my perspective with the world unhinged. Then something happened.

I started listening to people who told me if I wanted to make it big, I needed to switch things up.

Instead of writing three to four times a week, I had to share something every day. It worked for the next few days. But eventually, I burned out.

The priority morphed into hitting submit instead of sharing my unique perspective with whoever chose to read it.

Don’t get me wrong: there are people out there who have no problem producing great content every day. Kudos to them! But it wasn’t for me. Maybe it’s not for you, either.

Instead of listening to every single tip you come across, do what works for you. Only by doing that will you be most effective.

Be your first accountability partner

A mentor once told me that great minds always have other minds who hold them accountable. I cherished those words, and still do.

Dan Sullivan, the founder of The Strategic Life Coach Inc. and guru in entrepreneurship, also believes strongly in having accountability partners. The power in numbers aids the success of each individual who finds themselves in the group. Besides, support is a great way to promote hard work.

But the problem is not that most of us lack accountability partners.

The problem is that we don’t hold ourselves accountable for the effort we choose to give.

If the first step was doing what works for you, the next best thing is making sure you follow through.

Don’t look for other people to hold your hand and walk you through every decision you make. A huge part of being successful is recognizing that your improvements — both micro and macro — rest in your hands.

Loose time holds you back

My life changed when I gave my tasks a specific timeframe. Before that, I was loose with my days. I turned assignments in late, missed deadlines, and forgot to respond to important emails.

Nothing was accomplished because of a lack of structured time.

This is, again, another area that requires you to know what works and what doesn’t. You don’t have to wake up at 5 am because that’s what Johnny does. No, you are not Johnny.

Your time is not an open door policy, allowing anything that calls your name to come and go as it pleases. It is private property that deserves structure around it.

Here’s how you can do it.

Boom. You just made your life a little easier. There is so much stress in not knowing when something is supposed to get done. For me, I felt pulled in different directions because I didn’t know what to do and when to do it.

The goal here is to provide yourself the free time that’s actually free.

Gurus don’t have all the right answers. They are living the same broken lives as us all. The difference is they get paid for the reverence we choose to give them.

Yes, there are wise people out there who know a lot about what they speak about. Working hard is a consistent grind. But it will never look exactly like someone else. It will carry its own characteristics that model you in particular.

There is no productivity formula set in stone. No one can stipulate what hard work means in your context. Real winners recognize that the conflict of success is won at a speed that stretches you without killing you.

In the words of Amby Burfoot,

“Life is a marathon, not a sprint; pace yourself accordingly.”

Whatever your limit is, the best thing you can do is show up. Present yourself as available for the guidelines you set.

That means your methods will improve over time. And you will appreciate what you reap when you actually put in the work regularly.

So set the rules.

Reimagine what it means to be productive.

Because the gold is only worth it if you choose to work for it — at your pace. 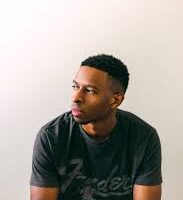