He Didn’t Want a Partner, He Wanted a Mom 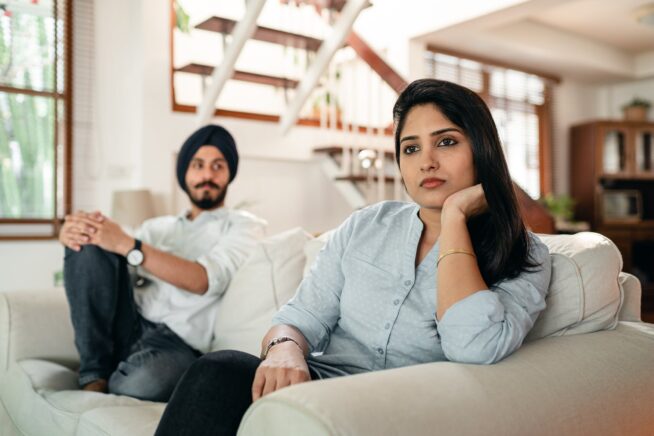 I remember the day I realized that was I was dating a “man-baby”.

My live-in boyfriend and I had gone for a hike. It was a rare sunny spring day in Portland. The hike was my idea, if it was up to him, he would have sat in the house with the drapes closed playing video games all day. I insisted we go outside and get some fresh air and exercise and he reluctantly agreed.

Once we started hiking, he whined the entire way. There was too much mud. I’d chosen a trail in the woods that was “uphill both ways”. We were not even halfway through when he asked if we could stop at his favorite restaurant on the way home so he could get a chocolate shake. By the time we finished our hike, I was beyond annoyed with his constant whining. We drove to the restaurant and got there at 2:10 p.m. only to find that it closed at 2:00.

For a minute I seriously thought he was going to cry. And then I thought to myself, “Oh my God, I’m dating a toddler!”

They look like men but act like babies. A man in constant need of nurturing and attention. The manbaby thinks his problems are fascinating and far more important and tragic than anyone else’s.”

Later that night I lay in bed asking myself why I’d never realized I was dating a man-baby.

At first, he just seemed vulnerable. He was recently divorced and was full of stories about how mean his ex-wife allegedly was, and how she never took care of his needs.

I tend to be a nurturer, so I fell into the role of his caretaker. I overlooked the fact that he stayed over at my house one night and never left. I felt annoyed by the way he could never pick up after himself, how he never cooked dinner, or took my car to work when his gas tank was empty, leaving me to fill up his car when I had to go somewhere, yet I dismissed this as minor complaints.

I didn’t want to be that nagging girlfriend everyone hates, and he took advantage of it.

A few days after his milkshake temper tantrum we had this exchange:

Me: “If you’re going to live here, you need to start paying rent.”

Me: “You stay here every night, you use my towels and electricity, you eat my food, you get your mail here, and your kid stays here with us every other weekend. Where do you think you live if not here?”

Me: “You go there once a week for dinner and your mom washes your clothes like you’re a ten-year-old boy.”

Him: “Yeah, she loves me better than you.”

The relationship lasted for a few months after that, but the milkshake incident was the beginning of the end. When we broke up, he moved back in with his ex-wife. Apparently, she could take care of him after all. As for me, I realized that it’s better to be alone than to have someone take advantage of you. When I date now, I look for the man-baby warning signs.

According to an article in Psychology Today, there are five clear signs that you are dating at man-baby:

If you’re in a relationship with a man-baby, you might need to tell him it’s time to grow up for your own peace of mind. Or send him back to his mother.