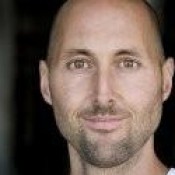 Brian Johnson loves helping people optimize their lives as he studies, embodies and teaches the fundamentals of optimal living—integrating ancient wisdom + modern science + common sense + virtue + mastery + fun. Brian created en*theos, PhilosophersNotes + Optimal Living 101, wrote a little book called A Philosopher’s Notes and was featured in the documentary Finding Joe. In his past lives, he raised $8 million to finance the creation of eteamz + Zaadz (sold to Active + Gaiam) after graduating Phi Beta Kappa from UCLA (where he studied Psychology + Business). He also loves hikes with his wife, Alexandra, and going on adventures + playing blocks with their son, Emerson.
Living

3 Quick Tips on How to Close an Integrity Gap

Are You Fragile or Antifragile?

Top 10 Ways to Build Your Willpower (And Why You Should Care!)

How to Figure Out Your Mission in Life (5 Big Ideas + 5 Journal Questions + 5 Tips!)

How to Set Goals That Will Actually Make You Happy!

Let’s Be Flexible (Rather than Rigid or Chaotic)

Top 10 Tips on How to Take Consistent, Impeccable Action to Achieve Your Goals

Mistakes Are Just Mis-Takes. Be Willing to Make Them!

How to Boost Your Happiness with Gratitude!