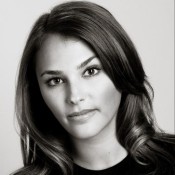 Yael founded F Cancer in 2009 after her mother was diagnosed with breast cancer.  Determined to make a real impact within the cancer space, Yael created an organization that activates Generation Y to engage with their parents about early detection, and teaches supporters how to look for cancer instead of just find it.

Over the last  2 years, Yael has grown F Cancer into an inspirational and influential player in the charity space. She has attracted a host of A-list celebrities that are lined up to participate in the movement and use their influence to help garner support from the public. F Cancer’s message has also begun to get the attention of some very noteworthy groups; Yael was honoured to be invited  the White House and UN to talk about the charity's unconventional methods and success. She was also amongst the audience at the Clinton Global Initiative and TEDWomen 2010, and shortly before that, had the unique opportunity to share her inspiring message in person as a speaker at TEDx Vancouver 2010. Through F Cancer, Yael has earned the respect and admiration of those who truly have the power to effect change.
Giving