Why Rhythm is Important to Your Health 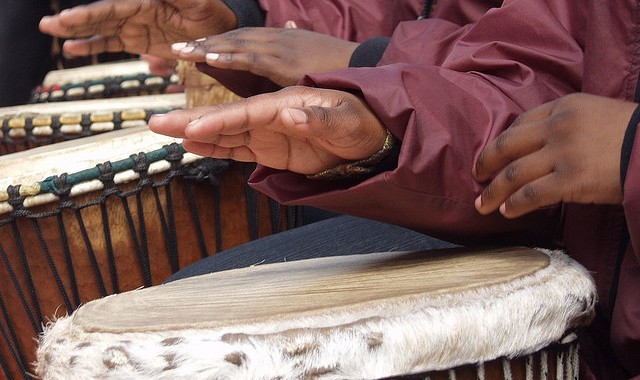 Growing up white in Apartheid South Africa in the 50s and 60s, my exposure to African culture was through my maid and I was lucky enough to be introduced to the beautiful music and rhythms which are integral to African culture. Music was blaring from her radio all day, and this instilled in me a love for the rhythm and beats of African music. I became an avid lover of music, in particular world music, and music and rhythm became an essential part of my life. But it was only in the last ten years, after I had already been practicing medicine for twenty years, that I realized the importance of rhythm to health.

About ten years ago, I started seeing an increasing number of patients coming to me feeling exhausted, overwhelmed, depressed, achy, run down, older than their years, and generally feeling like they were running on empty. These patients were falling through the cracks of Western Medicine because they didn’t have a disease and were told it was just stress. I started calling these patients with these symptoms, Spent, because that’s how they felt.

It was about the same time that I got introduced to the new science of Nutrigenomics, which is the science of eating for our genes. It basically says that the further removed foods are from nature, the more problems our genes have with them and the more likely we are to have chronic diseases like obesity, heart disease, diabetes and arthritis.

I put on my thinking cap to try and work out why so many of my patients were Spent and started putting all the pieces together. I thought about the only time I never saw patients who had these symptoms, and that was when I worked “in the bush” thirty years ago in a rural area in South Africa called Kwandebele. I was seeing diseases symptomatic of poverty and malnutrition, but not the same types of problems I see today in New York City or when I worked in urban areas in South Africa. In Kwandebele, in those days, there was no electricity, indoor heating, or refrigeration. People went to bed when it got dark, arose with the sun and ate whatever foods were available in season. They lived in accordance with the cycles and rhythms of nature. They had no choice.

I remembered a tidbit I picked up from a Game Ranger as a child and never forgot: that animals who live in the wild don’t get chronic diseases, whereas caged animals do.

I thought about what I had learned when studying Chinese medicine, that we humans are microcosms of nature—a smaller universe—and that the human body behaves according to the same natural laws that govern all living processes. Since humans are viewed as being part of the natural world and governed by the universal forces of nature, people are subject to the powerful dictates of cyclic rhythms, and are susceptible to differing problems during the course of the day, the season, and the year.

So, then I went “A-HA!”—it all made sense. Music was how I first experienced rhythm, but I realized nature’s rhythms are everywhere, including in our genes. We just live so removed from them with the fast pace of our modern lifestyles. I combined my personal experience with scientific research on chronobiology (the study of body rhythms and internal body clocks), to come up with my theory for why people get Spent: they are out of sync with their body rhythms. Then I had to put this theory into practice because I couldn’t tell my patients to go live in a hut without electricity. As with everything, I started experimenting on myself first, and then patients, and over the years of seeing what helped, I developed a program to deal with my patients who were Spent.

After thirty odd years of practicing medicine, I now realize the importance of rhythm to health. Rhythm is an inherent characteristic of the self-organizing dynamics of all of nature—humans included. The way nature self-organizes—unfolds and evolves—is through rhythmic patterns. My advice is to get in touch with your body rhythms and change your life.

Dr. Frank Lipman is an acclaimed Integrative Physician and the founder and director of the Eleven Eleven Wellness Center in New York City. For over 20 years his personal brand of healing has helped thousands of people reclaim their vitality and recover their zest for life. Focused on sustainable wellness—instead of quick fixes—he offers patients a customized blend of Western medicine with acupuncture, nutritional counseling, vitamins and herbs, relaxation techniques, physical therapy, and bodywork. In 2010 he developed Be Well by Dr. Frank Lipman, a line of leading-edge supplements and health programs. He is the author of Revive: Stop Feeling Spent and Start Living Again and Total Renewal: 7 Key Steps to Resilience, Vitality and Long-Term Health.