A New Theory of Elite Performance 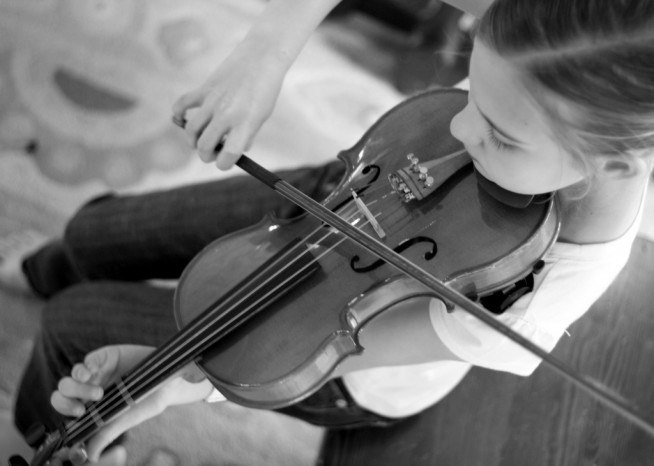 As the kids head back to school, I’m thinking about what really leads to success, as well as happiness. Part one in a three-part series.

When we look at people who are at the top of their field, what do we know about how they got there?

We used to think that people were successful thanks to their genetic make-up—their inborn talents and innate passions. We called these people “gifted” and assumed their success came from God-given talents more than their efforts.

The belief that success comes from God-given talent is not only discouraging—what if you don’t feel “gifted?”—but profoundly incorrect.

Because researchers love to study super-high achievers, we know that the vast majority of achievements don’t spring from innate talent as much as they emerge from hard work and passion.

Angela Duckworth, the celebrated psychologist who first defined “grit” as perseverance and passion for long-term goals, has a theory about success. Instead of seeing achievement as simply a byproduct of IQ or intelligence or innate talent, Duckworth sees achievement as the product of skill and effort (Achievement = Skill x Effort) in the same way that we understand that Distance = Speed x Time. She explains:

Tremendous effort can compensate for modest skill, just as tremendous skill can compensate for modest effort, but not if either is zero. Researchers across diverse fields have produced remarkably consistent findings that back up Duckworth’s theory. They find that innate ability has relatively little to do with why people go from being merely good at something to being truly great.

This is hard for most of us to believe, but K. Anders Ericsson, a psychologist and author of several landmark studies on this topic, has shown that even most physical advantages (like athletes who have larger hearts or more fast-twitch muscle fibers or more flexible joints—the things that seem the most undeniably genetic) are, in fact, the result of certain types of effort (which I describe below). Even super skills, like “perfect pitch” in eminent musicians, have been shown to stem from training more than inborn talent. Hard to believe, but entirely true.

It isn’t just putting in any old effort that will build the right skills and lead to elite performance.

These three things together are the very essence of “grit.” In the rest of this post, I’m going to zero in on the importance of deliberate and persistent practice; my next two posts will cover other facets of grit.

Elite performers practice a lot, in a really specific way. Accomplished people spend hours upon hours in “deliberate practice.” This isn’t just poking around on the piano because it is fun; it is consistently practicing to reach specific objectives—say, to be able to play a new piece that is just beyond their reach. In the beginning, they may practice a new phrase or even a single measure again and again and again.

Unfortunately, deliberate practice isn’t always pleasurable—far from it. In fact, it is the elite performer’s willingness to engage in hard or, quite often, very boring practice that distinguishes people who are good at their chosen activity from those who are the very best at it.

There are a few ways to learn how to spell words for a Spelling Bee, for example. One way is to simply pay attention to words when you read for pleasure. Another way is to have your friends and family quiz you. But how exciting must it be to study long lists alone?

What typically predicts how much effective-but-boring deliberate practice a champion engages in? In the Spelling Bee study, it was grit. The champions’ perseverance and passion for their long-term goals enabled them to persist with a preparation technique (solitary study) that was intrinsically less rewarding but far more effective than other techniques. Grit gives us the ability to practice the right thing rather than to just practice what is fun.

Elite performers also practice consistently over a pretty long period of time. Ericsson says that, “elite performers in many diverse domains have been found to practice, on the average, roughly the same amount every day, including weekends.” Spending a half hour jogging over the weekend isn’t going to make you a great runner, but training every day might. Dabbling with your paints every once in awhile isn’t going to make you a great artist, but practicing your drawing every day for a decade might.

True masters gain experience over the long haul—specifically, for ten years of dedicated work, or 10,000 hours. Malcolm Gladwell, in his bestseller Outliers, made the “ten-year-rule” famous by colorfully illustrating Ericsson’s research. Most successful people average ten years of practice and experience before becoming truly accomplished. Even child prodigies generally work at it for a decade or more. Bobby Fischer became a chess grandmaster at sixteen years old, but he’d been studying since he was seven. Tiger Woods had been working on his golf game for fifteen years when he became the youngest-ever winner of the U.S. Amateur Championship.

And there is something else: People who go to the top of their fields don’t just practice deliberately and persistently; they also rest strategically. This is a key component of success, and one that we often overlook in our 24/7 go, go, go culture.