Why Leaning Back, Not In – Is Our Key to Peace 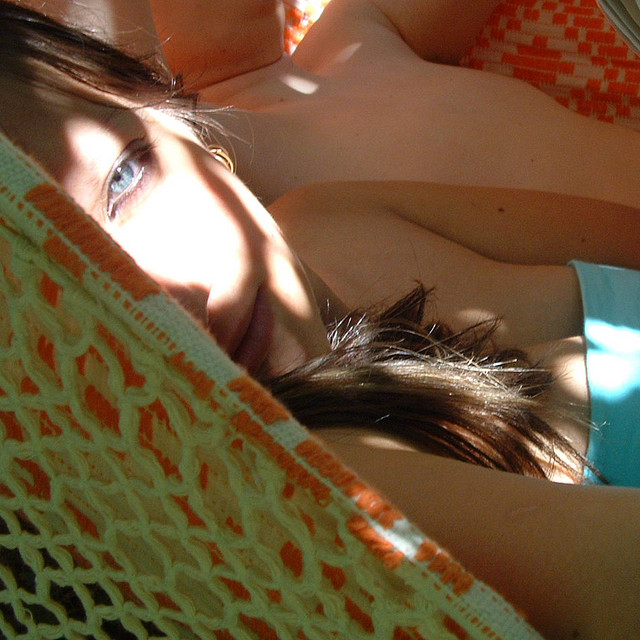 Are you feeling the intensity of the world lately?

Sure, it’s always been intense, but lately there’s an out of control feeling everyone is sensing. Couples are fighting, relationships are ending, and fear is everywhere.

Let’s face it: volatility and overwhelming emotions like sadness are flooding into everyone’s consciousness.

We’re betting half of what you’re feeling isn’t even yours.

This is where the shadow emotions we neglect to feel such as anger, disappointment, or fear are suppressed. When enough people carry this energy, it becomes part of the collective unconscious.

So why do we pick up on one another?

Because we’re all made up of energy, our cells are vibrating according to the energy we carry in our bodies.

Not only do cells vibrate in our own body, but they vibrate with cell receptors in other people.

Scientist, Candace B. Pert, calls this vibratory attraction. In her book Everything You Need to Know to Feel Good, she writes:

“Sitting on the surface of the cell, the receptor wiggles and shimmies, changing from one configuration to another in a constant state of flux. This dance creates a vibration that resonates with a ligand (hormones, neurotransmitters and peptides (amino acids) that give information to the cells) vibrating at the same frequency, and they begin to resonate together.”

…and this could be happening between you and someone sitting in the same room!

If you’re feeling joyful, chances are you’ll rub off on the people around you and make them smile – just by expressing your vibration of joy.

On the flip side, if you’re carrying anger, the people around may find themselves unconsciously avoiding you, in order to protect themselves from that anger.

This energy inside of all of us, vibrates collectively. If enough people are feeling fear , then fear becomes a dominant feeling in our society.

Literally, it’s in the air. Without even realizing it, you’re going to feel the fear of others.

All that fear and emotional energy lingering out there, also transfers through our media.

Have you ever walked into a room after an argument? You can literally feel the tension even if you weren’t present for the actual event, right?

Have you ever turned off the evening news and had bad dreams or felt despair?

So here’s how we can we protect ourselves and stay positive in a seemingly out of control world:

Lean back into yourself.

• Grounding is Key – When we’re grounded in our own energy, we encapsulate ourselves and stay insulated from all that negativity floating around.

How to do it? Close your eyes and imagine a wide beam of light spanning between each hip bone, dropping down through the floor, into the earth, and all the way to the center of our planet. Make it wide enough that you have a feeling of safety and security holding your hips. Now imagine all of your tension and stress releasing out through that beam of light, and being absorbed by the earth.

On super stressful days? Imagine that wide beam of light all the way up to your waistline, and really feel the security of being held. Now breathe and let it go.

• Soak it out – Many esoteric teachings suggest that sea salt clears energy. If you think about it, it’s impossible to have bad feelings after floating around in the ocean. So try it. Pour a cup or two of sea salt or Epsom salts into a tub and soak. Let this mini-ocean of your own, soak anything that isn’t yours away.

• Give yourself a news break – Unplug yourself from the hypnotic negative box we all pay our hard earned bucks to have – the television. We all know the media fails big time in reporting any good news in this world, so give yourself a negativity break and turn it off. I promise you’ll hear about world events within hours of anything happening. Try it for a week or two and see. Why? Well….

According to Amazing Discoveries.org:

A number of experts defined hypnotism in such a way that television aptly fits the description. The classic setting for TV watching is similar to a typical environment for hypnotism induction – a darkened room, a flickering light (the TV set) as a single-minded focus, and freedom from outside diversions.

Is that really the type of stimulus you want to feed your brain?

• Reality check yourself – If emotions are out of control, ask yourself: Can I do anything about this in this moment? If so, take action immediately. If not, realize you’re most likely worrying about something that has NOT come to pass OR you might be picking up on energy that isn’t even yours.

• Be Discerning – When your energy is clogged, scattered or overwhelmed, it’s easy to think everything you see, hear and feel, is about you. When we can discern what’s ours from what isn’t, it allows us to discern ourselves from the collective unconsciousness.

Let us bring this home for you:

As a society we’re forward focused and progressive. Our energy tends to extend so far out in front of us, that it makes it hard to discern what’s ours and what isn’t.

It’s also going to make it hard to make clear decisions when our energy isn’t centered.

Learning to lean back into ourselves energetically helps us to ground and know what’s really true. @dailytransform (Click to Tweet!)

When we hold our center, we not only stay immune to all that negativity, we get to connect to the light that we really are.

When we unplug and protect ourselves, we become personally responsible for our own emotional state, versus falling victim to negativity. By taking care of ourselves energetically, we actually help to neutralize the negativity of our planet’s collective unconsciousness.

So take some deep breaths and remember to lean back into yourself.

Tamara Star believes happiness is not an end destination, but instead the ability to see the ordinary through eyes of wonder. She’s an international best selling author, life coach, and the creator of the original 40-day Personal reboot program for women–a 6 week virtual deep dive into clearing the slate on what’s blocking you from living a life you love. Her first book, a quick and easy read: “How to Survive a Break Up and Come out Thriving,” is available on Amazon. Her co-authored book “Sexy Secrets to a Juicy Love Life” sits on the International Best Sellers List. You can find more information on dailytransformations.com and follow her on FB or Twitter.