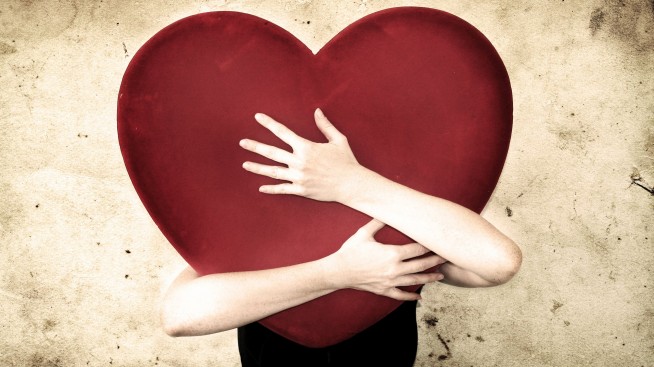 Both times, I was surprised by what happened.

Both times, my hope was renewed and I just felt good about being human.

There are benefits to getting older.

Finding the courage and confidence to be more fully myself, to finally settle into my own skin regardless of who is watching, is worth a few fine lines and grey hair.

It was an emotional decision, however, to finally stop my monthly colouring visits, but there have been definite advantages to letting my hair go grey, and not all I would have expected. Embracing my authentic self, financial savings, these I anticipated, but I didn’t consider that it would give me courage when approaching people. My appearance doesn’t pose a threat, or announce that I am a sexual predator with questionable motives, not that this was ever a problem when I was in my 20s, but my ‘mature’ appearance has certainly allowed me to act in ways that I may have previously desired, but refrained from in my youth.

Supermarket parking lots have served as the backdrop in both instances, this hasn’t been intentional, but upon reflection, I think a place where the veneer of pretence is usually absent, or at least lessened, seems the perfect setting for love to make an appearance.

Before my mother passed away, she had always been a very glamorous woman.

Physical beauty and the effort to accentuate it were both highly valued in her world. My eye and appreciation for beauty most certainly find their roots in her. I can recognize and appreciate a well put together outfit or the simplicity of a beautiful home, although my definition of grace and allure is more expansive than my mother’s, I’m thankful and take pride in the fact that I seek out beauty, that I understand its critical importance in our daily lives, even if it means picking wildflowers at the side of the road and plopping them in a vase on the kitchen table or picking beautiful or interesting stamps, rather than choosing the traditional flag, to send a letter to a friend.

Like any pastime, noticing beauty, requires attention and effort to take in with your senses what is always already right there.

I was on my way to visit my aunt and had stopped into a supermarket to pick up some flowers. As I was pulling into the parking lot, I noticed a middle-aged black woman who was making her way from the parking lot to the store. Immediately, it registered that I liked what she was wearing: three quarter length denim skirt, olive sweater with a crew neck and thick cabled stitch, honey brown high boots made from good leather, worn, but taken care of, hair neatly pulled back in a low, puffy ponytail.

She also looked tired and preoccupied. No doubt she had just completed a long, busy day at work and was now mentally going through the long list of things that still needed to be done when she got home.

Despite the weight of her day, she still looked pretty.

Did she have any idea when she left the house that morning that she had put together a winning look? Did she know as she moved through her day that she was a beautiful woman and her beauty was noticed and appreciated by the world that surrounded her? My training to notice a well put together outfit has become instinct, rather like the immediate recognition that a stop sign is red, I recognize when someone has a knack for bringing a harmonizing effect to their clothing choices.

The thought came, “Tell her she looks pretty.”

As I made my way into the grocery store the internal discussion continued.

The internal conflict was put on pause when I stood in front of the droopy, bunches of grocery store bouquets whose limp petals, brown and bruised, informed me that fresh cut flowers were not going to be my token offering to my aunt. Disappointed, I turned my attention to the plants and settled on one that had a single electric pink bloom. My previous thoughts came crowding back to keep me company while I waited for my turn in the check-out line.

“How often Susan would you have been thrilled to know that someone in the outside world thought you looked pretty?”

I knew I really would have been thrilled.

“Make her day. Let her know that she is seen and is beautiful. It costs you nothing more than a little courage.”

I made my way back to the parking lot, looking around for the woman who had left the supermarket ahead of me, relieved that I had missed her. My attention was snapped back to the piece of parking lot directly in front of me as a car had just backed up and I realized that I was blocking its exit.

It was THE woman behind the wheel.

I swallowed hard and began, “Excuse me, excuse me.”

She rolled down her car window and looked at me.

“I know this may sound strange. I’m not a stalker or anything, but I noticed your outfit and that you looked really pretty today.”

I continued to ramble on, finishing with, “I just wanted you to know that you looked lovely.”

She smiled and said that if she wasn’t in her car she would hug me.

Huge relief washed over me. She received the compliment the way I had intended, no hint of discomfort or fear sat on her face.

And then it happened again…

Months later, I saw another woman.  She was older, with a dramatic full-length faux fur coat, not tacky at all; it was striking and stylish. She reminded me of my Mom.

The same urge came up in me. Was it my mother prompting me to tell her she looked terrific? And the same awkward resistance came as well, to remind me what a weirdo I would look like. Courage, and not having as much time to think about it, tipped the balance and I did it anyway.

“Hi, I hope you won’t take this the wrong way, but I just wanted you to know that I noticed you and your dramatic coat and you look great!”

She was putting her groceries in the trunk of her car as I pushed my cart past her, now standing on the piece of road that separated my parking space from hers.

To my amazement, her response was exactly the same.

This woman, makeup meticulously applied, hair perfectly coiffed, the embodiment of classic  elegance asked me if she could give me a hug and this time she did.

People, we are STARVING to be seen!

This ‘hugging strangers blitz’ happened over a year ago, I’ve not been compelled recently to compliment a stranger but the reaction of these two women, the striking similarity of their responses, has stayed with me. Caught off guard, and without thought, their first reaction was to reach out in love, in physical connecting touch, to someone’s kindness.

It seems that we humans can’t help ourselves to connect when we’re not thinking too hard. As my thorough investigation, a sample size of two, also suggests:

In both cases, each of the women’s shoulders dropped and caved forward as soon as I had delivered my compliment, almost as if to say, “Thank God, I don’t have to hold myself up quite so straight, someone actually sees me, let me sink into it and drink it in” at the same time, their right hands went up to their hearts, as if I had just given them a physical gift that they clutched close to themselves, as the unconscious words came out of their mouths, “Can I hug you?”

So I’m asking a favour…

If you see someone, I was thinking of a stranger but it doesn’t have to be, and you are struck by their beauty, their presence, that indefinable ‘something,’ can you tell them?

I don’t mean go out looking for good looking people, it’s more passive than that, let the thought come to you. You’re walking along, thinking about something else and then the passing thought comes in, that stranger looks nice today.

I’m asking that you share this thought, the one you usually keep to yourself, with that person.

I’m curious, so curious, to know if my findings can be replicated. Did they ask to hug you?

I want to know.

Susan Cruickshank is a dual citizen who spends half her time in the Green Mountains of Vermont, while making her home base in an old farmhouse in Cavan, Ontario. She is working on her first book, a memoir, that tells the story of her solo road trip, a circuitous tour of the US and Canada, that brought her past and future together. Check out more of her writing at www.facebook.com/LivingANewFuture or follow her on Twitter.