Self-Sabotage: Are You Afraid to Compete with Yourself? 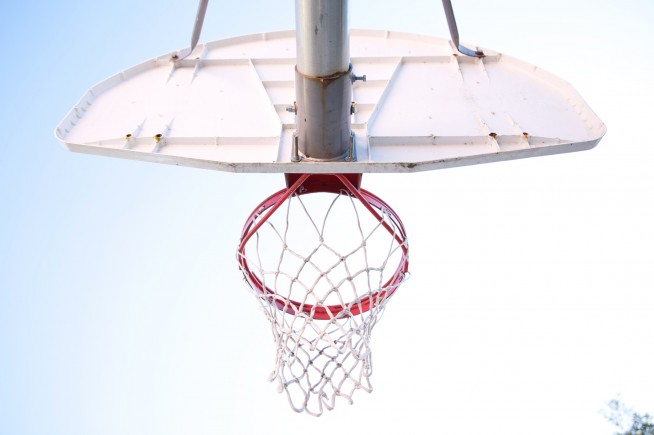 Every time I wanted to eat healthy, I did. I felt motivated and engaged and I felt like my “why” was strong. Strong enough to help me resist that one thing that Oscar Wilde couldn’t resist: temptation.

For a while, for a couple of weeks maybe, I was right. I ate healthy. I worked out. I took care of myself like I loved myself. And it made me happy. I felt proud of myself. I felt excited to actually be moving forward.

And then I’d “crave” junk food. Pizza, sweets, crisps, fizzy drinks, chocolate. I’d crave them all, and I’d buy them all, and I wouldn’t go to the gym and I’d sit in my room and watch something on YouTube while finally indulging in everything I’d been resisting.

Or so I thought.

Sometimes I think I’m not self-aware at all, because it feels like what I think I want is never what I actually want.

Maybe that’s just me, but I suspect not.

When I read that quote – and I wish I knew who’d said it – I thought to myself,  “Oh my god. That’s exactly what’s going on.”

And then there was the other part. The part that was afraid of all of that. Afraid I’d fail. Afraid I’d actually succeed. Afraid that I’d never, ever be able to keep going long enough to actually change myself.

It reminds me of that Jim Carrey quote:

“You will only ever have two choices: love, or fear.”

Maybe it’s corny. Maybe there’s some truth to it.

I was giving in to fear. I was choosing fear, though I didn’t realise it until recently. Until I finally started taking some responsibility for my life.

Before that I felt powerless. I’d live healthy, and I’d feel great, and I’d be happy, and then I’d sabotage it all by doing the exact opposite of what I’d been doing.

Lucky for me, I read an article by Stanley Johnson, an NBA player for the Detroit Pistons, on The Player’s Tribune. In the article he says that his Head Coach, Stan Van Gundy, asked him a question when they met at the end of the season:

“Are you afraid to compete with yourself?”

He said his impulse was to say NO. Because who wants to be afraid to compete with themselves? And what professional athlete would ever admit it if they were?

I had the same reaction. “Of course I’m not”, I thought.

But that thought was only what I wanted to think. It wasn’t what was actually going on.

The real answer was yes, I was. I was afraid to compete with myself. Because what if I couldn’t? What if I tried, and failed? What would happen then?

So that’s why I was self-sabotaging. Because I was afraid that if I tried to compete with myself, I’d lose. And so why even bother? Why even bother trying to improve? Why not just settle, and save myself the pain of my inevitable failure?

As you might be noticing, this isn’t logical. Because competing with myself a little bit, and then stopping, and then settling… it just made me unhappy. It made me not like myself. It made me ashamed of myself.

If that’s not failure, then what is?

I was afraid to compete with myself and so I become a worse version of myself than I already was. The irony.

The first step to stopping self-sabotage is to notice you’re doing it. Do you look for excuses to indulge in unhelpful behaviour? Do you find yourself wanting to do things that you know won’t serve you? Do you act like a person who loves themselves? And I don’t mean the “I’m so great” kind of love. I mean the kind of love where you know it’s ok to value yourself.

I asked myself what would happen if I kept sabotaging myself, and I was honest when I answered: I’d never get to where I wanted to be. I’d never have what I wanted to have. I’d never be the person I knew I could be.

And that was a reality that I wasn’t prepared to live in.

I haven’t sabotaged myself for the last few days, and I’m proud of myself for that. Probably because I’m more conscious of it than ever. Every time I think about sabotaging myself, in whatever way comes to mind, I’ve been asking myself the same question that Stan Van Gundy asked Stanley Johnson:

“Are you afraid to compete with yourself?”

Sometimes I get a resounding “NO.” I like that.

Sometimes I get a solid “no.” That’s good too.

And that’s what it comes down to, at some point. Choice.

But you do have a choice. We always do.

Matt Hearnden is a writer from the UK. He mostly tells stories only he can tell. He blogs twice a week at www.matthearnden.com just self-published his first book:42. Matt writes every day because he loves it and because it stops him watching Netflix. And, probably more importantly, he plays basketball and has lots of tattoos. You can find him on Twitter, IG & Quora.