When Shift Happens: The Theory of Plate Tectonics and Self-Blaming 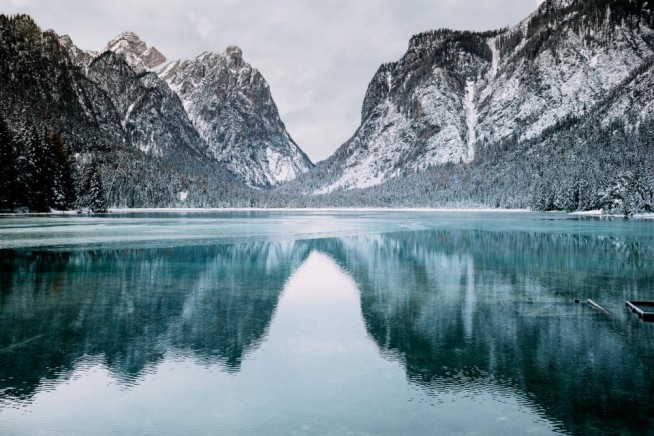 I recently took one of those online quizzes that is designed to assess Who You Are and Where You Are At. These were my quiz results: “Your results indicate you must stop blaming yourself. It’s not your fault. Your thoughts and feelings are simply disconnected creating Stuck feelings.”

I like the gentle reminder that these encouraging words impart. And I wonder how many other people received exactly this same message. In other words, do these “results” hold true for everyone on the planet? Or am I the only one who is feeling the disconnect of thoughts and feelings?

You must stop blaming yourself.

This is much easier said than done. There is always going to be some second guessing going on in life that is going to lead you to blame yourself. So many things. A bad decision you made. A time when you zigged when you should have zagged. Words that slipped out of your mouth like thirsty little toads seeking a water source.

A detour that you should have taken instead of charging ahead into those warning signs of danger. A job that you declined. A house that you bought. A health decision you made. A lover you chose. A friend that you trusted. A horse that you bet on.

Self-blame. What is it exactly? Self-assigning responsibility for things that you have said or done doesn’t sound like such a bad thing. After all, I am responsible for my own stuff, right? But blame goes beyond this when you dwell on it, feel horrible about it, and then do nothing about it. It’s okay to give yourself permission to stop blaming yourself when you take thoughtful responsibility and attempt to rectify the wrong that you have committed with compassion and empathy. You can apologize. You can ask for an opportunity to re-frame your thoughts in different words. You can give someone a hug. You can back up and try it all over again. You can ask for a pardon. You can ask if you can try to make it right. You can write a letter. You can bake banana bread. You can be patient and allow the other person time to feel angry or hurt.

And the effects of prolonged self-blame? Prolonged self-blame quickly reduces to an ongoing state of regret. We become mired in our own selfish thoughts of how badly we feel. This, in turn, focuses the original action or words solely on us and robs us of the chance to make it right.

We might blame ourselves for something rash that we did or something foolish that we said . . . but to continue blaming ourselves over and over and over? This is where blame evolves into regret. And it doesn’t take much imagination to understand that regret is joyful living’s natural assassin. Regret robs us of any opportunity to be brave and to do the right thing. There are certainly things that we are responsible for that are tough to make right. But that doesn’t mean that we should stop trying. This is where we call upon our Brave to kick into action. It is a brave soul who can admit that he or she was in the wrong. This is not stuff for sissies.

It’s not your fault.

But isn’t it? Isn’t it my fault? No one held a weapon to my head while I said those hurtful things or made that bad decision. There was no little cartoon devil on my shoulder urging me to max out my credit card buying heels and boots. If it’s not my fault, then whose is it?

Fault is one of those concepts that gets tossed about with little regard. It’s a hungry ghost that rides the backs of air molecules and never really lights. It gets tossed about, bandied about, and argued about. It gets assigned to others in nilly-willy ways and has no substance.

It’s true that if we accept the toss that’s aimed at us and we and catch it, fault will linger for a while. And maybe it is our fault to begin with, right? But to carry it about will only lead to us, ultimately, sinking beneath the weight, most often forcing us to toss it to someone else to carry for a while.

Is there a better way to deal with the Plate Tectonics of our soul? Understand that Fault Lines exist. Be a scientist, measure, and plan for catastrophe accordingly. Keep away from the the edge of the plates when possible. Move inland to safer ground. Take a deep breath and hope for stability. Fault. It does no one any good. But it’s there, so be smart. And if shift happens? Channel that energy into something positive.

Your thoughts and feelings are simply disconnected . . .

Well, now. This is something that feels like familiar ground. Nothing newsworthy here.

Yes. My thoughts and feelings become disconnected. This is not an uncommon occurrence. But now what? What’s next? By taking this little quiz, I have implicated myself into wanting to better myself . . . to make my life better. So what’s going to help me to re-connect my thoughts and my feelings? How do I go about planning the big reunion? I think part of the answer is in Un-creating Stuck Feelings.

Stuck is as stuck does. Like love, debt, and what shoes to wear today, Stuck-ness is a decision. Making a decision is a mental activity. Making a decision makes the Stuck feelings go away. There is some magic in this . . . magic that involves you feeling inspired to make the decision to be Un-Stuck.

My best self-advice when I am feeling stuck?

Deep breaths. Think. Meditate. Dance. Call a friend. Be mindful. Breathe life’s goodness into my soul. And above all: Try something new. Albert Einstein is famously quoted for saying: Anyone who has never made a mistake has never tried anything new. He also said, Learn from yesterday, live for today, hope for tomorrow. The important thing is not to stop questioning.

Say something kind to a stranger. Dance like a goof. Join a marimba band. Say you are sorry and make an action that shows it. Take the risk of making a mistake that, yes, might create even more self-blame and stuck feelings.

Like trying to get the stubborn lid off of a jar when you have wet hands, it ain’t going to happen until you take a moment to dry your hands. Tap the jar lid a few times with a knife. Run some hot water over the metal lid. Get out your handy-dandy Cap Snaffler. Do something. And you’ll get the lid off of the jar and, with any cosmic blessing, you’ll reconnect your thoughts and feelings into a better place and allow yourself to see a kinder reflection when you look around you.

Kennedy Farr is a daily writer and blogger, a lifelong learner, and a true believer that something wonderful is happening right now in this very moment. Her passion for writing first caught light at the age of four when she learned how to write her dog’s name on a sheet of lined tablet paper. Kennedy lives view-high on the mountainside of an emerald-green island in the Pacific Northwest. You can connect with her on Facebook and Twitter.