What Breast Cancer Taught Me That I’m Thankful For 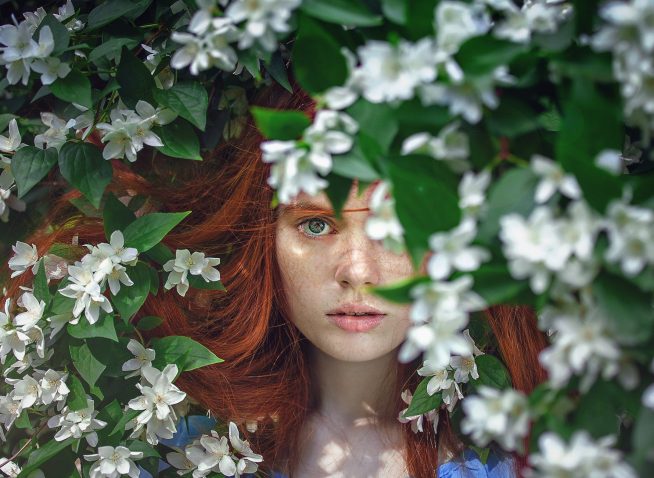 Six years ago, I was living the “American Dream” or so I thought. My life checked off all the boxes: married to my college sweetheart, two adorable (and very spunky) boys, successful legal career, big house, nice car.

And then a bomb went off that forever changed my life, my viewpoint on the meaning of life, and how I live my life. I was diagnosed with breast cancer.

I learned quickly that there are different types of breast cancer. Some are slow growing (and much less deadly) and others are very aggressive and fast growing. Unfortunately, I had the aggressive type. The type that has a much higher mortality rate and higher recurrence rate.

In fact, my cancer was growing so fast that the doctors were obviously worried that the cancer had spread to other areas of my body. Which, of course, scared the living daylights out of me. So much so that I thought I was going to die (I even imagined what my funeral would look like and who would attend).

Obviously, I didn’t die. It’s now five years post treatment and I’m still here. I had caring doctors that acted quickly and started my treatment almost immediately. And I got into a drug trial that I believe saved my life. I’m unbelievably lucky to be alive and cancer-free right now (although there will always be the worry of recurrence).

Since it’s now Breast Cancer Awareness Month, I find myself reflecting on who I was before my diagnosis and how cancer changed me.

Cancer changes everyone it touches.

But I’m genuinely grateful for the gifts that cancer brought to me. Because I’ve changed for the better and live a much richer life than I did before my cancer diagnosis.

I’m the oldest of five. And, as the oldest, I’ve always been the go-to sibling for advice and support. Even my parents would seek me out for guidance. And boy did I thrive in this role. I loved being thought of as the “strong” one. The person with all the answers and who always had it together.

But then I became the patient. Which felt weak and vulnerable. And vulnerability was never something I was comfortable with. Enter cancer. I quickly learned that I had no choice but to be vulnerable. Because I obviously was vulnerable. And I hated it.

What did I do? I ignored it, of course, and pretended that I was fine. I told people I felt good (even though I felt awful). I put a positive spin on almost everything (even though I was worried I was going to die). And I would put on a fake smile (even though I was screaming and crying on the inside).

In short, I was lying to myself and everyone around me (and clearly no one was fooled). Which made me feel even worse and exhausted me.

I knew that I needed to let go.

Up until this point in my life, I didn’t understand what it meant to “let go”. I was the ultimate control freak and couldn’t fathom how to actually let go. But, over the course of my treatment, I was forced to learn.

And guess what? The world didn’t come crashing in on me when I let go. It kept moving and I kept living.  And I didn’t feel as exhausted as I once had.

In fact, I learned that I could draw mental and emotional strength and energy from those around me. Because I finally let them in. I discovered that, once I allowed myself to be completely vulnerable, I could fully accept their help. And that I had been refusing their help until that moment.

Cancer reminded me that the point of living is to love one another and connect with our fellow man.

But there’s more to it than extending help and love to others when they need you. Because, if you’re truly going to love and connect with people, you must accept the help and love that others try to bestow upon you.

This process of letting go and admitting my vulnerability was scary. Because it meant admitting to myself who I really was on the inside (and I was afraid of who I would meet). But I realized that it’s much scarier not to let go than it is to ignore my feelings and my vulnerability. I needed to learn and grow from this experience.  Had I not let go, I would have learned nothing – stunting my growth as a human being.

Change requires honesty about who you are because you can’t change if you’re not brutally honest about what needs changing.

So, who did I see when I looked inside?

Part of my chemotherapy was something not-so-lovingly called the “red devil”. And boy does it deserve the name. It looks a lot like red Jell-O and it certainly has the devil inside of it. And that devil made me feel like I was in Hell for a period of 9-10 days post-treatment. I felt as though I was being torn apart from the inside. About the time I’d start to feel okay, I was due for another treatment.

After my second treatment, I was ready to give up. There was a voice inside my head telling me that I couldn’t take any more of the chemotherapy. I couldn’t believe that I seriously contemplated quitting, so I tried to ignore it. But I knew deep down that I was serious.

Finally, I told my husband that I didn’t want to continue. The girl who was always self-assured and mentally tough was ready to give up. The girl who had initially bargained with God and told Him I’d do ANYTHING to live for my boys was about to quit. I was embarrassed and ashamed of myself.

But a funny thing happened once I admitted this aloud and stopped pretending that it wasn’t real. Within a few days of coming to terms with wanting to quit, I changed my mind. Not only did I continue treatment, but my symptoms became easier to deal with. I still felt horribly, but mentally I was stronger.

Being real with myself was a necessary step to recovery and moving past my demons.

Letting go includes coming face to face with the worst of yourself, which is necessary to climb out of the abyss. I was at rock bottom, but I knew that there was nowhere to go but up. And I’ve been climbing upward ever since – and changing my life for the better as a result.

Although I was happy practicing law, my purpose and passions have changed and have led me to leave the law for something new and more exciting. I’m no longer afraid to show who I am and be vulnerable – because I now know that it’s not weak to show vulnerability. Admitting and showing vulnerability requires courage and mental strength. Plus, if fully accepted, it can help guide you to be the person you want to be.

Besides, we’re all vulnerable. Our human-ness mandates vulnerability. Refusing and/or ignoring this simple fact is the real weakness.

Although life is messy and hard, I know now how beautiful life and the people in it are. Those people whom I let into my life that lifted me up in my time of need showed how special human beings really are. And how inspiring simple acts of kindness can be.

So, am I grateful that I had cancer? Heck no. Wondering whether you’ll live or die and worrying about it coming back sucks. But I am grateful for the lessons I learned while going through my cancer battle. Lessons that I would not have discovered otherwise.

And now I’m living life my way –  all out and unafraid. And I know at the end, I’ll be able to say that I lived my life well. Because I’ll have lived a life full of meaning, that was free and unrestricted, and that achieved success on my terms. Which is the true American dream.

How about you? Are you ready to embrace your vulnerability and see where it leads you? In the comments below, I’d love to hear your answer – and why you are (or aren’t) ready to go there.

Heather Moulder is a transformational and success coach and founder of Course Correction Coaching who specializes in helping professionals transform their lives from overwhelmed, stressed, and lacking purpose and passion to having a meaningful life they’re passionate about (with real balance).  She lives in Dallas, Texas with her husband, two boys, and two cats (who think they’re humans).  Connect with Heather through her newsletter, on Facebook, or on Instagram.