The One Thing I Wish My Father Had Taught Me 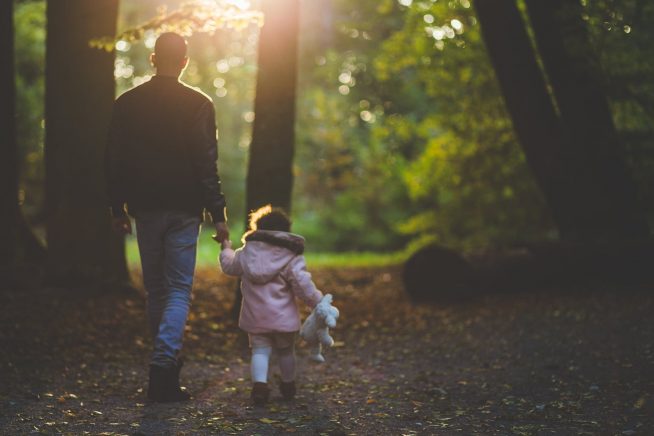 Parents can teach us a lot of lessons. Not all are helpful. But there is one lesson I wish my father had taught me before he died.

Recently my mother told me about an episode that happened when I was six or seven years old. I had developed glandular fever and needed to be hospitalised. My father had visited me and I had asked:

I have a vague recollection of the children’s hospital and a corridor full of colourful toys. But I did not remember the conversation or the question.

Hearing the story made me feel sad for my younger self. What must have been going through me?

“And what did Papa say to me?”

My mother could not remember.

I never asked, because I did not want her to feel guilty.

My father had probably said “No. You won’t die.” Whether he took me in his arms or felt moved – that I will never know. He died a few years ago.

As long as I can remember, my parents had always been prepared for death in a matter of fact way.

From a young age onwards I was told where important documents were kept. Funeral arrangements had been thought through. And the older my parents got, the more frequent the reminders to me about it all.

But talking about death and dying? There was no mention of the emotional side of death, loss and grief.

Because my parents had me relatively late, their mortality was always on my mind. But I needn’t have worried. My father died aged 93 and my mother, 81 now, is mentally and physically fit.

And then the tables turned thoroughly, brutally and shockingly.

When I was diagnosed with breast cancer in 2012, the possibility of me dying before them had never occurred – to any of us.

With all the planning and worrying over the years, that is the one big blind spot we had.

This was not meant to be. It was the wrong way around.

Soon after my diagnosis I visited my parents. I was more concerned with their well-being, than my own. I wanted to reassure them.

Looking at the photos of this family visit, it now looks surreal. Us smiling, me a picture of health on the outside, while carrying a big tumour inside.

Photos can be deceiving as much as the people on them.

On my last day, a young relative, who by then had lost two husbands to cancer, dropped by to wish me well. Again, those big smiles. She died a few years ago of cancer herself. Unbelievable!  Surreal.

And again, there was no talking about death – my death.

One year later, with the treatment over, there was great relief all around. But it is a relief I cannot share. Because the risk of cancer coming back is real.

When I talk about my death my mother says more often than not:

“Stop being so morbid, Karin.”

I know it pains her too much. Especially since my father’s death.

And here is the point – my father’s death.

I think it was one year before he died unexpectedly and a few months post my cancer treatment. We had finished breakfast and my mother was in the kitchen. While my father was always very reserved, even with me, I felt I could get closer to him, when we were on our own. So I asked him:

“Papa, you and I, we have something in common. We both are facing up to the end of our lives, whenever that may be. Can you give me any advice? What should I do?”

It was the kind of conversation we never had – talking about death. And the kind he would have never started by himself.

I cannot remember whether he actually said “no, there is nothing”. He certainly did not ask me how I felt.

I think he could not rather than he would not talk about death and dying.

Since my cancer diagnosis and treatment I explore my death a lot more proactively. I am less afraid of death, but more concerned about the manner of it, especially if it is from cancer. While I have not sorted out the practical side of things by any means, I do think and talk about it a lot.

We as a family and we as a society, just do not do talking about death and dying well. And that’s why living at peace and coping with grief can be so hard.

Reaching a point of acceptance and peace regards our mortality can be hard. But I find the pay-off empowering.

Talking about our own death without fear can build hope and strength in us and those we leave behind.

What is your own experience? Do you find it easy or difficult to talk about death?

Karin Sieger is a psychotherapist and writer based in London, UK. Central to her work is the belief that we all have an intuitive wisdom for self development and emotional healing. Making and living in peace with our self is core to living well and coping with personal crises. Karin is particularly interested in anxiety, loss, transitions and the emotional impact of chronic or life-shortening illnesses like cancer, for which she has been treated herself. Karin posts regularly on her website KarinSieger.com. You can sign up for her Newsletter, follow her on Twitter or Facebook.