Why It Can be Selfless to be Selfish, or, How You Can be Generous by TAKING. 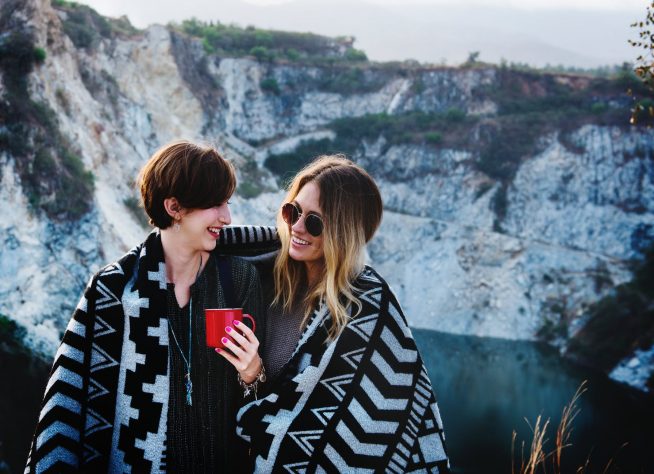 The pleasure of giving—giving help, giving advice, giving a recommendation, satisfying a desire—is one of the most exquisite pleasures imaginable. But to experience this pleasure, someone must accept your gift. Or, perhaps, even ask for it. And so sometimes, you must be the selfish one, asking and accepting.

This is more complicated than it sounds.

A friend of mine told me, “I cook dinner for my family every night. I love to cook, although like anything you HAVE to do, sometimes I don’t feel like doing it. I said to my husband, ‘Tell me what you want. What would you like me to make for dinner?’ He said, ‘Everything you make is good.’”

“No! It would be so much more fun for me if I knew I was making his favorite thing. I wish he’d say ‘Gosh, I wish you’d make chicken casserole again. That’s my favorite.’ I’d be so psyched to make it!”

Asking someone to cook your favorite dish seems selfish…but it’s not. Not always.

Along the same lines, one of my Secrets of Adulthood is “It’s okay to ask for help.” Why this is so hard, I have no idea.

Asking for help can make us feel weak, or dependent, or incompetent, or vulnerable, or like we’re imposing on other people. Maybe we don’t want to have to feel grateful or indebted. But in some instances, trying to be strong and self-sufficient isn’t the selfless answer.

One year, my Big Girl dressed dressed as Hermione for Halloween, and after some internal debate, I asked my mother-in-law to make badges for her Hogwarts robes. My mother-in-law is great with these kinds of creative craft projects, and she loves to do them.

Part of me had selfishly wanted the costume to be a project just for me and my daughter to share, and I didn’t want to admit that I couldn’t do everything to pull together the costume. Then I realized that this is one of those cases where asking for help is being generous – by allowing someone the pleasure of helping, of contributing, of pleasing.

Another difficult aspect of “It’s okay to ask for help” is sometimes, I feel like someone (usually my husband) should KNOW how to help, and just do it, without me having to ask or explain. I feel aggrieved by the mere fact that I have to ask.

This is another way that it’s selfless to be selfish. It would be more selfish to suffer in silence, to stand on pride, to forge on alone while fuming at the lack of support, than it would be to ask for help.

There’s a moving scene described in the memoir of St. Therese of Lisieux. As a child, Therese was babied and petted by her family, and she was very sensitive to any cross word.

She delighted in the Christmas ritual of opening the presents left in her shoes (the French version of hanging up your stocking). One year, when she was fourteen, she overheard her father complaining, “Thank goodness that’s the last time we shall have this kind of thing!” Therese froze; this is the kind of comment would usually make her dissolve into tears.

Instead, she experienced what she described as her “complete conversion.” Instead of crying at her father’s unkind words, or telling him, out of pride, that she had outgrown his gifts, she ran down and opened the presents with a greedy joy. Her father laughed.

Therese realized that the saintly response was to take the presents eagerly. This was the selfless act.

Sometimes, the generous act is to TAKE — to accept help, to allow others to gratify your desires. @gretchenrubin (Click to Tweet!)