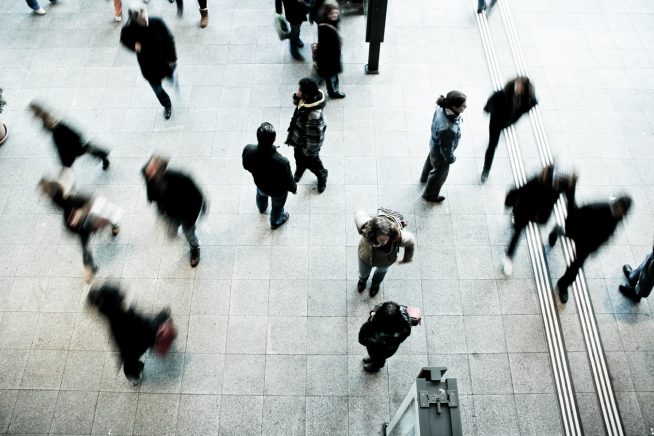 How interested would you be in reading 400-page book, where the protagonist is a slime mold-like alien creature existing in the ear of a giant on a planet in a distant galaxy? The slimy creature communicates by expanding bubbles from its formless body that burst, creating different tonal popping sounds. Unfortunately, the only one who can hear the slime mold language is the giant, and he doesn’t speak bubble burst, so it just drives him crazy. The slimy creature is self-aware; however, it does not reflect on its past nor does it consider its future. The present moment is the only point in time it concerns itself with. Any interest? The answer from most of you would likely be, “un, no thanks.”

In his book, The Craft of Writing Science Fiction That Sells, legendary author, Ben Bova, writes, “…the character need not be a human being…But, in each case, the story [is] successful only if the protagonist – no matter what he/she/it look[s] like or [is] made of – behave[s] like a human being.”

As readers, keeping our interest requires an author to embody characters, especially protagonists, with traits that we can empathize and sympathize with, no matter how alien or different from us or our experience they may be. They need to make the character human in some basic, fundamental and relatable way.

This need for relatability doesn’t just exist in the realms of science fiction. If a character, whether a protagonist or antagonist, does not feel like a fully formed person, with both strengths and fallibility, they become un-relatable caricatures. In this case, readers are less likely to care enough to follow their journey through to the end.

This isn’t all that different from how people perceive others in the real world. Whether it is our community, religion, political affiliation, family or place of employment, people need to find grounds to empathize and sympathize with others in the group in order to care about individuals within that group.

Relatability requires some degree of shared motives, meaning, purpose and values that build a common understanding between individuals as well as a sense that they are engaged in a common struggle.

The common struggle is a powerful force that aided hunter gatherers to withstand the harsh realities of life and competitive threats – a necessary condition of survival.  It is also what allows families to overcome adversity, injustice to be overturned and innovation to thrive. These are good things.

There is, however, a dark side. What happens when we do not perceive another person or group as being a part of our own common struggle?

When our ability to relate to other individuals or groups is absent, fundamental human characteristics like empathy, sympathy and a desire to seek understanding will not flourish. The wellbeing of those individuals and groups will become separate from our own, relegating them to the category of the “other.” Like poorly-written characters in fiction, the “other” becomes a caricature, a void that we fill with our own biases, perceptions and insecurities. We are more likely to dehumanize them. Worse yet, we may begin to see them as a threat.

The emotional flow of belonging slows, and analytical consideration take over, looking for ways in which those outside our in-group can hurt us. Without even realizing it, our brains engage in cognitive biases like overconfidence and confirmation. We see only what confirms our feelings of danger, and our belief and confidence in the caricature we’ve created gets reinforced. Though, since we fill the void with our own fears and insecurities, the caricature we are creating in “the other” is actually more a reflection of ourselves – our fears and insecurities – than it is of that other person or group.

In short, when viewing the “other” as a threat to us as individuals and those we perceive to be a part of our in-group, we are living in a fear based reality.

Human beings have a history of destroying relatability and a sense of common struggle that can unite us, thus leveraging fear in an attempt manipulate public sentiments.

In his 1928 book, Propaganda, Edward Bernays writes, “…our minds are molded, our tastes formed, our ideas suggested, largely by men we have never heard of.” During World War II, Germany depicted Jewish people as rats, while, in the U.S., the Japanese were depicted as sinister and creature-like. Dehumanizing characterizations are not a thing of the past, however, still used as a tool to destroy common human bonds to this day.

This post is not intended to be political or sociological. Instead, the more extreme examples above are presented to set the stage for a better understanding of how we can recognize and mitigate our biases, and better engage those in our lives that are not like us. The word bias is often considered only in racial, gender and sexual terms. It is broader than that, however, and exists whenever we favor one set of traits, behaviors and characteristics over others.

This is not an issue, necessarily. If you love and perform a certain kind of music, you may be biased towards spending time with people who share the same interests. You might miss out on being exposed to new kinds of music, but this isn’t something to lose sleep over at night.

It is when we define those with contrary perspectives, experiences or traits as somehow lesser or dangerous, and then take action as a result of those beliefs that problems occur.

Presumably, those reading this post would agree that creating dark, dehumanizing caricatures out of flesh and blood people is not a good thing. But, we are all susceptible to bias and dehumanizing thought processes that constrain our ability to better understand and interact with those unlike us. Those thoughts and actions may be in far less destructive ways than those illustrated above, but creating “us and them” and “the other” psychological narratives are, unfortunately, a potentially destructive part of the human condition. Many of these biases are cognitive in nature, and occurring beneath the surface of our own recognition.

Think you are above it? If you’re human, it’s not likely. Ask yourself the following questions. Have you ever said or thought anything that sounds remotely like the following?

Millennials are don’t want to work.

People are lazy and will do whatever they can to get out of work.

Southerners are all bigoted.

East coasters are all uptight elitists.

They’re all over educated idiots.

They’re all under educated idiots.

People without kids don’t know what it really means to care for another person.

People with kids seem to think everyone else should adjust to them.

People who wear this are….

People this age are…

We all engage in the process of creating caricatures. Usually, it is pointing at larger groups in which we have had limited interaction. What exposure there has been, was likely negative in nature. Personally, I’m in my forties. When I see skinny jeans and man buns, I have opinions. And, this is from a guy who bought a coat when he was twelve to look like the guitar player from Poison. If you are too young or too old to know who Poison was, just think Aqua Net, massive hair, make-up, and spandex. So, I really shouldn’t be passing judgment. But, despite my best efforts, I do.

Whether at work or in other social circles, when you engage in caricature creation, you are minimizing others as well as your ability to better understand the world, create beneficial relationships and make good decisions. @poedge (Click to Tweet!)

For example, if I think all management just doesn’t care about people, I am painting them in the caricature of a villain. Not only will this destroy my morale, but it limits my ability to be objective in how I approach my own work. I will believe every activity I engage in is the product of what the unscrupulous, uncaring entities called management want. How could I feel good about my work in this situation? It will be difficult to find any positive meaning or purpose in what I do.

The best way to overcome caricature creation is through exposure – getting to know the person. In doing this, you will start to see them as a real human being. This is why people think everyone in congress is a crook, except their representative. Or, the company’s leadership is all bad, but not their boss. If I had a millennial son who started wearing skinny jeans and putting his hair in a bun, my feelings would change about people who do so. Because, those individuals like my son would become more personal and relatable due to my frame-of-reference. They would no longer be caricatures that I fill with my own, groundless biases.

Doing this takes time and the ability to be directly exposed to someone, though. And this isn’t always possible. In these cases, there are a few questions you can ask yourself to minimize bias-based characterizations.

We must accept that we are biased and prone to caricature creation. It is part of the human condition. It is only through this self-recognition that we can reflect on our own limitations and weaknesses, allowing us move towards a better understanding of those who do not reflect our own experience.

Too often, it is easy to point at the faults of others. It can feel good and place us in the position of magnanimity. But, it’s fleeting and illusory. If you seek truth, not good feelings, it is important to search for a fuller understanding of the world and the people living within it. This requires taking ownership of your own biased mind, and pointing the finger inward by asking the question, “How can I better understand other people by creating a broader common struggle I can relate to?”

Because, guess what? If you were born on this planet and not in the ear of some alien giant, your struggle is shared by more people than you realize.

What caricatures have you created and overcome by changing your perspective?

Matt Nelson is the owner of Performance Ownership Edge (POE), the result of his obsession with answering the question, “How do you best engage people in a way that helps them change their behavior, accomplish great things and transform their lives?”. The mission of POE is to help leaders drive innovation by creating Empowered Engagement cultures that maximize the potential of their greatest resource: their people. Matt has extensive experience leading organizational change, coaching leaders and managing and developing regional and national teams. He holds the CERTIFIED FINANCIAL PLANNER™, and Certified Professional in Learning and Performance designations in addition to an MBA where he studied finance. You can connect with him on Facebook, Instagram, LinkedIn and Twitter.