A Pillow Full of Feathers 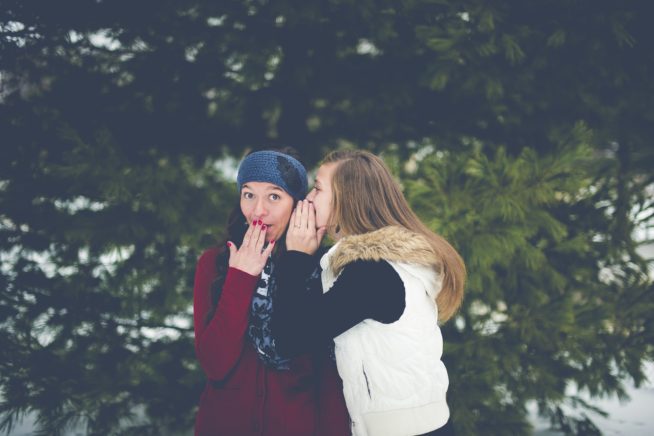 It is told that in a small town somewhere in Eastern Europe lived a nice man with a nasty problem: he talked too  much about other people. He could not help himself. Whenever he heard a story about someone he knew, and sometimes about somebody he did not know, he just had to tell his friends.

Since he was in business, he heard quite a lot of rumors and stories. He love the attention he got, and was delighted when they laughed because of the way his “anecdotes,” which he sometimes embellished with little details he invented to make them funnier and juicier. Other than that, he was really a pleasant, goodhearted man.

He kind of knew he was wrong, but…it was too tempting, and in any case, most of what he told had really happened, didn’t it? Many of his stories were just innocent and entertaining, weren’t they?

It went around the town, till the unhappy businessman who was the main character in the story heard it. He ran to the rabbi of the town, and wailed and complained that he was ruined! Nobody would want to deal with him after this. His good name and his reputation were gone with the wind.

Now this rabbi knew his customers, so to speak, and he decided to summon the man who loved to tell stories. If he was not the one who started them, he might at least know who did. When the nice man with the nasty problem heard from the rabbi how devastated his colleague was, he felt truly sorry. He honestly had not considered it such a big deal to tell this story, because it was true; the rabbi could check it out if he wanted. The rabbi sighed.

“True, not true, that really makes no difference! You just cannot tell stories about people. You kill a person’s reputation.” He said a lot more, and the man who started the rumor now felt really bad. “What can I do to make it undone?” he sobbed. “I will do anything you say!”

The rabbi looked at him. “Do you have any feather pillows in your house?” “Rabbi, I am not poor; I have a whole bunch of pillows. But what do you want me to do, sell them?”

The man was mystified, but he returned a bit later to the rabbi’s study with a nice fluffy pillow under his arm. The rabbi opened the window and handed him a knife. “Cut it open!”

“But Rabbi, here is your study? It will make a mess!”

And the man cut the pillow. A cloud of feathers came out. They landed on the bookcase, on the clock, on the cat that jumped after them. They floated over the table and into the teacups, on the rabbi and on the man with the knife, and a lot of them flew out the win dow in a big swirling, whirling trail.

The rabbi waited ten minutes. Then he ordered the man: “Now bring me back all the feathers, and stuff them back in your pillow. All of them, mind you. Not one may be missing!”

The man stared at the rabbi in disbelief. “That is impossible, Rabbi. The ones here in the room I might get, most of them, but the ones that flew out of the window are gone. Rabbi, I can’t do that, you know it!”

“Yes,” said the rabbi and nodded gravely, “that is how it is: once a rumor, a gossipy story, a secret leaves your mouth, you do now know where it ends up. It flies on the wings of the wind, and you can never get it back!”

He ordered the man to deeply apologize to the person about whom he spread the rumor; that is difficult and painful, but it was the least he could do. He ordered him to apologize to the people to whom he had told the story, making them accomplices in the nasty game, and he ordered them to  think about that every day for a year, and then come back to him.

This is what the man did. And not only did he think about it, he talked about the importance of guarding your tongue to all his friends and colleagues. And in the end he became a nice man who overcame a nasty problem.