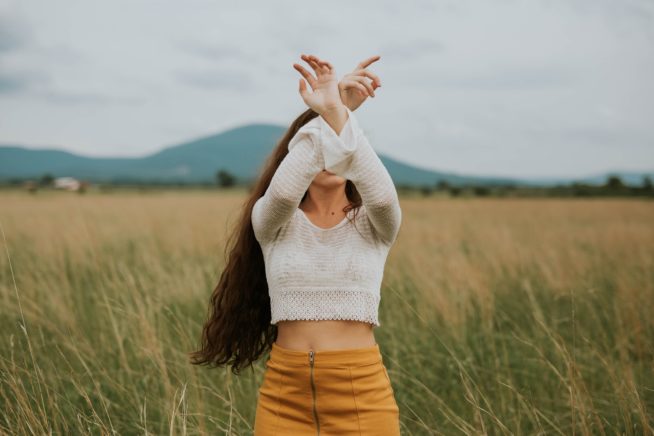 American author, Mark Twain, poignantly said, “Forgiveness is the fragrance the violet sheds on the heel that has crushed it.”  To truly understand forgiveness is to be the heel as well as the violet, for how else can we know the undeniable power of releasing someone from their wrongs unless we too, have participated in that “wrongness” ourselves.

When working with clients, I often find myself guiding them into spaces of forgiveness; for themselves and for others.

It’s interesting and heartbreaking to see how stubbornness, pride and fear can keep us locked in false prisons woefully crying for freedom while all along we hold the keys. I include myself in this penal system from time to time; partitioning myself off from the connection and community afforded to those not in solitary confinement.

What creates this barrier? What constructs this chasm that prevents us from stepping into forgiveness and peace? It helps to understand basic developmental stages formulated in our childhood years. Two early childhood developmental masters, Piaget and Kohlberg discovered that children don’t have an unconditional view of forgiving. Findings show they are influenced by whether or not they can get even, or what their peers would think of them. They found that only in the developmental period of emerging adulthood do people realize they can forgive as an act of unconditional kindness toward an offender, even without the offending person showing remorse or apologizing. It is an evolutionary process and at times we find ourselves resisting the natural flow of spiritual development or perhaps we’re not fostering it to begin with.

Resentments are a feature of failing to forgive. Whenever you are noticing a resentful feeling, “dig deeper,” I tell my clients. What is there to forgive? Maybe it’s a judgment laced with some “wrongdoing”. Buddhist nun, Pema Chodron, states “we are all capable of becoming fundamentalists because we get addicted to other people’s wrongness.” It’s the ego’s way of keeping us trapped in dualism and separateness instead of a holistic presence with all of reality, even if that reality appears as “bad other” in the form of ethnicity, culture, gender or political affiliation to name a few.

Understanding how perception plays a role in judgment is essential but often difficult to do when we are only seeing our viewpoint. Everyone has a slightly different perspective and it takes practice to develop this skillful means of pausing, stepping back and asking “how might this person be seeing this differently than me?”

Isn’t that what we most want from others? To see as we see? Yet we are often stingy in offering this to others, instead labeling them or categorizing their views as “wrong”.

When I was young and growing up Catholic we were often instructed to forgive as Jesus did on the cross; which is entirely correct but left me wondering “how”? Just the words? Cause that’s what I did when my sisters and I hit each other and our mom made us say “sorry!” and “I forgive you”. Which we weren’t and we didn’t – let’s be honest. Still today I can bring up memories and feel that nasty resentment toward my bigger and meaner sister. I didn’t let it go and whenever I want to justify why our relationship is strained I can go right there and say “SEE!”  And I can be correct and unhappy in my “rightness.” But not for very long as the saying goes “would you rather be right or happy?”

Our true self wants peace and closure of past errors whether we were the victim or the perpetrator – it makes no difference. @MilnerSusan (Click to Tweet!)

Getting to the middle is the goal. How to successfully do that in a forgiveness practice begins with mindfulness and a willingness to let go of the conditioned mind with its willful way of demanding “my way or the highway.” It’s a skill of interpersonal effectiveness that first recognizes we have an emotional tone attached to the event. Naming what we’re experiencing and giving validation to it requires insight and reflection. But stopping there is where we often fall short of completing the loop of forgiveness.

Henri Nouwen shares this, “Forgiveness is the name of love practiced among people who love poorly. The hard truth is that all people love poorly. We need to forgive and be forgiven every day, every hour increasingly. That is the great work of love among the fellowship of the weak that is the human family.”

Forgiveness is giving up the hope that the past can be any different than it was. We cling to the past far more than necessary, especially when it comes to negative aspects. It’s as though we believe churning it around the mind-made millstone one more time will make it somehow miraculously change, when really only true transformation comes in letting it go. Perhaps this is best described by the Sufi mystic poet, Rumi, “Out beyond ideas of wrongdoing and rightdoing, there is a field. I’ll meet you there. When the soul lies down in that grass, the world is too full to talk about. Ideas, language, even the phrase ‘each other’ doesn’t make any sense.”

Let’s all move to that field.

Susan Milner is a licensed mental health practitioner and life coach from the state of Nebraska where she works with a diverse population of clients assisting them in living their best life. She is a teacher in mindfulness and contemplative practices and finds the value in stillness and silence. Susan writes a weekly blog titled “The Middle Way” on her site www.3rdwaythinking.com.