Every Decision Is a Fear Decision or a Growth Decision 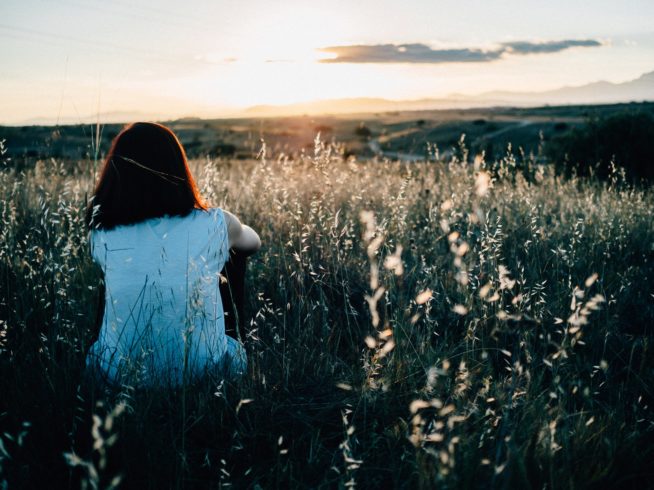 When nothing else worked, he went on lithium to stabilize the depression. He cried in super markets, at parent teacher conferences, in front of me.

He wanted me to come home for Thanksgiving. It was my final year of college. He and my mom wanted me home but they didn’t want me to bring my girlfriend. They didn’t like her.

I said no and they cried please but I said no.

My girlfriend had nowhere to go.

I was young, afraid and insecure. I said no because if I left her behind she’d think I had no spine and she’d cheat on me.

I couldn’t take the chance.

“The same insecurities that plagued you at the age of 13 are still inside of you now,” says my therapist.

At 13 I wore braces. I had cysts that were big, purple mountains that oozed puss all day long. I had craters where once acne flourished.

My hair tangled so much every morning I spent half an hour with a comb trying to untangle it. I had glasses half the size of my face.

I looked like my dad looked when he was a kid. I was afraid all my life I would be like him. Broke and miserable and stupid and dead.

I sometimes was too much of an optimist (just like him).

I had stopped paying my mortgage. I’d stopped returning calls from the IRS. I’d stopped trying to make something of myself.

A few years earlier, I had paid down my dad’s credit card. I helped him buy a new house. But he forgot to tell my mom that I helped. And now things were different.

My mom said (while my dad stayed silent), “We’ve been paying for you all your life. If we lend now, when will it stop? You’ll borrow forever.”

From that roof I’d watched the World Trade Center collapse a year earlier and the black cloud come rushing to surround the entire building I lived in.

What a fool I’d been.

My mom yelling, “We’ll give you NOTHING!” My dad not saying anything.

I hung up the phone. I don’t know what I was thinking.

They called back but I didn’t pick up.

Seven months later I was in exile. I was living in upstate NY. Burnt out. Nothing to do.

My routine was: 5 a.m. basketball and watch the trains go by; 6 a.m., the local coffee shop opened and I played Scrabble; 9 a.m… nothing for the rest of the day.

I memorized all the seven-letter words. I once won a game with “ETESIAN” because I got the 50-point bonus and then my opponent challenged me and I got to go again.

My sister called one day and said my dad had had a stroke two days earlier.

I went to sleep really scared that night. I tried to find the bottom of that fear but I couldn’t.

The hospital store sold Teddy bears with “Get well” signs and I smelled cheese in the cafeteria but I hated cheese.

“Everything’s going to be OK,” said the doctor but then an hour later he said, “It’s not going to be OK,” and it was the first time in many times they wanted us to consider “making a decision.”

I saw my mom and sisters for the first time in seven months. You feel that awkwardness when there are so many layers of anxiety. Fear of death. Fear of saying hello.

They were crying. But I made them laugh.

People who didn’t know me kept saying, “You’re nothing like him.”

But I was scared.

After two years in a waking coma where he could only blink, his heart finally gave out and I got the call.

Inside of me is still that 13-year-old. Still terrified of betrayal. Still wanting attention and validation from others. Still afraid of what people think when they look at me.

Still afraid I’ll have a stroke. And be in a coma for two years.

At least now I know that 13-year-old is there. I know he’s always there.

My dad told me, “The only way to succeed in business is to be honest. Don’t ever lie.”

He told me about sales: “Don’t bring a presentation to a sales pitch because you don’t know yet what they really want.”

He told me, “Treat employees and customers like partners. And don’t ever gossip. People will always find out what you said.”

But my dad died so long ago. And I am still alive.