How to Stop Overthinking and Get Better at Decision-Making 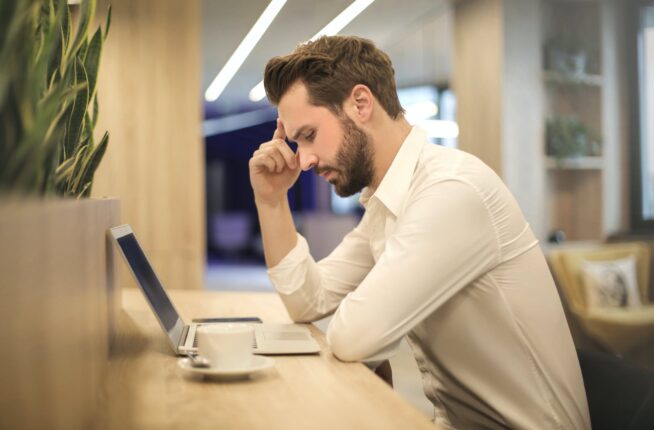 For over 60 years, the world’s top scientists have been breaking heads over what seems like the most bizarre sci-fi plot ever: the theory of our present reality splitting itself into myriads of hypothetical outcomes living themselves out in parallel worlds. One of the most fascinating and disturbing theories of quantum mechanics, this is known as the Many Worlds Interpretation (MWI).

The other night, following up on a thread of MWI debates, I was suddenly struck by a disturbing revelation: the Many Worlds Interpretation isn’t just some bizarre product of scientists’ imagination. It’s an eerie echo of a condition faced by most of us at some point in life.

Chronic overthinking, also known as the “killer of productivity”, “destroyer of decision-making” and “problem-solving gone wrong” isn’t much different from splitting reality into multiple universes. In fact, it’s even more confusing.

If you’ve ever played out a mental scenario of multiple probabilities arising out of one action and felt paralyzed by the inability to make the one “right” decision, you’ll know what psychologists mean by “rumination” or “chronic overthinking” behaviors. Similar to the quantum physicist testing out MWI hypotheses, overthinking is about creating and playing out multiple probability scenarios without any certainty as to their odds, credibility, or even usability.

Overthinking is essentially a defensive mechanism. It comes as no surprise that the fear of making the wrong choice originates from the fear of failure. To avoid both, the brain finds a brilliant, in its way, solution — it births a mindset that stops a person from acting in any way by engaging them in persistent overthinking regarding possible outcomes.

Such hypothesizing, in turn, feeds the fear that caused it, creating a vicious cycle — what sports psychologists Martin Turner and Jamie Barker call the “destroyer of decision making”. Similar to the MWI theory, whenever we’re faced with a potentially life-changing decision, our brain starts generating multiple “outcome scenarios” that continue to exist on their own, both feeding on and nurturing our subconscious fear of action.

How to battle overthinking and improve decision-making

Persistent overthinking isn’t just bad for decision-making processes. It’s one of the most frequent preludes to anxiety disorder, panic attacks, and may even be an early sign of suicidal thinking in people who’re incredibly sensitive to the possibility of failure.

Here are some proven ways to drop chronic overthinking and improve decision-making both on the job and in everyday life.

Embrace small lifestyle changes — A fantastic way to fuel brain activity for better decision-making is through small lifestyle changes. As Mike Battista, a staff scientist at Cambridge Brain Sciences puts it, “It’s lifestyle changes, rather than simple practice of specific tasks, that have the biggest effects on the brain” and its decision-making processes. We all want to get better at the big things, but today, let’s start small — with the things 100% good for us, such as new learning habits, better mental health, and regular exercise.

Take leaps of faith — As humans, we make plans. Yet our most important decisions (and biggest breakthroughs) aren’t accomplished through plans as much as leaps of faith. This is one grain of wisdom we can learn from past generations who weren’t as good with information but were very good at instinct and vision: when the time comes to act, consult your intelligence thoroughly but trust your gut with the action.

Use fear as brain fuel — Our brain may be unwilling to tackle fear, but as Turner and Barker remind us, fear raises our acute awareness and activates the brain’s decision-making potential and creativity. Giving in to fear without turning it into brain fuel, on the other hand, leads to overthinking and the resulting “analysis paralysis”.

Set yourself a timeframe for action — there’s a sensible difference between thinking wisely and overthinking. Wise thinking maps out the options and weighs those pros and cons, but subconsciously understands that time is never eternal and is never to be taken for granted.

Be resilient — In the age of social media, success is marketed as a carousel of retouched lives and viral fame opportunities. Behind the scenes, however, we see that sound success is still about joining the minority. While 80% of enthusiasts get off to a good start, only about 20% succeed — not because they started off faster but because they have more resilience in the long run. To join that creative minority, let’s keep in mind that resilience is an acquired skill.

Talk to a human — One of the best ways to drop overthinking and improve decision-making is through live, human interaction. Unlike bloggers who will tell you wondrous success stories that may never apply to your life situation or background, consulting people eye-to-eye always makes for more honest conversation. Consulting a friend with a similar story to yours who’s nailed the same goal is always more helpful than Googling “how to open an online business” and dealing with the 8,530,000,000 results while trying not to overthink the options.

We may never know whether the Multiple Worlds Interpretation holds any scientific ground. However, from the angle of psychology, I’d argue it needs none. Just like in our present world, each of our identities and actions in an MWI universe would involve success and failure, happiness and challenge, love and loss. The possibilities wouldn’t be more endless than they are for us, today.

What the MWI theory could teach us, however, is to let go of the fear that anticipates decision-making. For in a world where possibilities are endless but only time is limited, the best incentive to action should be having enough time to build the one world we want to be a part of. To enable that, we need to get better at decision-making and problem-solving in the present moment.

As Karl Popper, one of the greatest philosophers of science, once said, “all life is problem-solving”. Whether we make a large part of that problem-solving exciting and curious or painful and anxious is for us to decide.