Sometimes You Have to Just Sit with the Pain 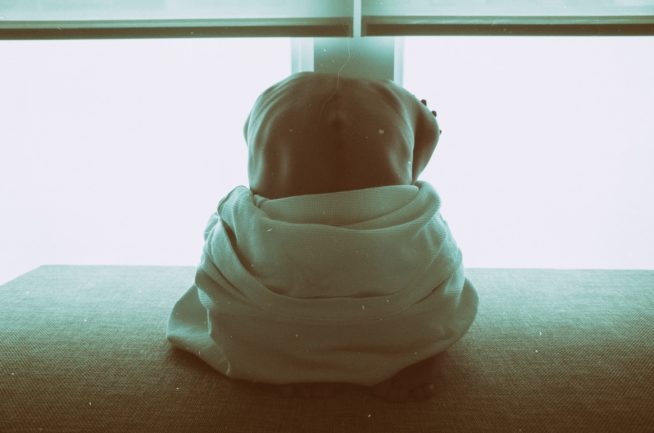 “The best thing one can do when it is raining is let it rain.” — Henry Wadsworth Longfellow

The procedure took less than 10 minutes and the results have been mixed but thankfully, I am a little better. However, the shot itself was one of the more unpleasant experiences I’ve had. In fact, it surprised the doctor that I was in so much pain and he stated the area must be inflamed more than normal. It was excruciatingly painful for a few minutes, however, it subsided and after, I could move a little more normal than when I entered.

The worst part was I had no idea when the pain would end. It was only a few minutes but at that moment, it felt like an eternity that would never stop. I had no choice but to lie there and endure the pain until the medication took effect.

I’ll be honest, too. I said a few words which they probably aren’t used to hearing in the doctor’s office. It hurt, and I didn’t hide what I was feeling. So I sat with the feeling. I let my emotions known, and I didn’t avoid expressing myself and how I felt.

Because I’ve done that all my life and it’s brought me nothing but even more pain.

I find when I face the hurt in my life that I so much want to avoid, I end up having better control over my emotions. When I avoid those painful feelings, they became worse. But when I face them, I find a little more peace.

I’ve also found that when I numb my bad emotions, I end up numbing the good ones too. I begin to live in a world of indifference and that is one of the saddest places I’ve ever been. I don’t want to go there anymore.

I’m not saying it’s easy by any means. It sucks to sit through that pain. However, continuing to bottle up everything will only lead to the glass shattering. Exploding.

But facing powerful emotions is healthy and makes us stronger.

When we resist our feelings, they don’t go away. They remain there in the back of our minds waiting to come back. They manifest in our bodies as anxiety, stress, and depression. And it’s usually a flood when they return.

“I’m not a mess but a deeply feeling person in a messy world. I explain that now, when someone asks me why I cry so often, I say, ‘For the same reason I laugh so often — because I’m paying attention.’” — Glennon Doyle Melton

You may crack a little. You may be a little messy. But it doesn’t mean you’re broken — it means you are human. It means you give yourself permission to feel whatever you are feeling. Sadness, anger, confusion, pain. All feelings are okay, and it’s perfectly fine to not be okay. And there is no timeline for when you should be over these emotions.

If you force yourself to stop feeling a certain way, you prevent healing. And when you avoid the pain through unhealthy habits such as alcohol, food, shopping, and overworking, you are delaying the inevitable anger or sadness that is bound to come. You can only run from yourself for so long. @jefftherunner1 (Click to Tweet!)

Sometimes you need to just sit with whatever you are going through. Until the pain subsides.

At the end of the procedure, they put a bandaid where the injection took place and sent me on my way. It was rather anti-climactic considering what I just went through. I’m sure it was just another day for the doctor and staff. I may have to go back if this shot doesn’t fully heal me.

But like the bandaid they put on doesn’t heal the damage done, putting bandaids on your emotions won’t heal you. They are a temporary measure that masks the wound inside. And like I may have to get multiple shots, you may have to sit with the pain many times to heal. To treat that wound inside.

I’m not looking forward to getting another shot if I need one.

But sometimes the only way to get rid of the pain is to go through it.