To Live Your Best Life, Expand Your Idea of Possible 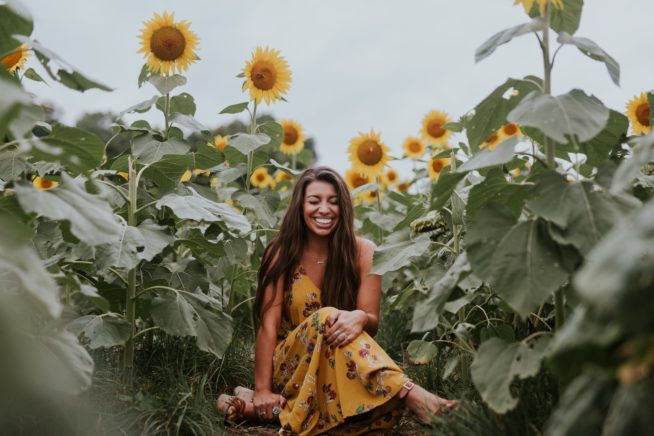 You’re often told that to improve your life, you need to set measurable goals. It’s through hustling and cultivating the right habits that you get things done.

This is usually true. But people often miss the crucial part that goes before goal setting. This part is your beliefs around what’s possible. They continuously inform the goals you set.

Think about it. If you don’t believe you’re capable of writing a book, you won’t set it as a goal. Even though it could be achievable, your conviction that it isn’t determines the outcome.

You won’t write a book. At least, not until you change your beliefs. Those beliefs create what I call the “perceived possibility range.” This is the causal point of your most important decisions.

If you want to live your best life, you need to expand your idea of what’s possible.

The Psychology of Possibility

Ellen Langer is an exceptional Harvard psychologist. In her research, she doesn’t look for fixed principles to tell us how things are.

More than looking for what’s ultimately true, she explores what can be true under various conditions. She calls her approach “the psychology of possibility.” Her famous counterclockwise experiment is a great example of her work.

In 1979, Langer took a group of men in their eighties to a “time travel retreat.” For a week, they lived together in a house furnished as if it was 1959. They were instructed to talk about that year’s events in the present tense. They also watched movies and read news from the époque.

After the retreat, all men were tested on their physical and mental capabilities. Langer’s team noted improved memory, muscle flexibility, vision and other “age indicators” in all participants. Biologically, the men seemed younger after a week of living as if they were in their sixties again.

Reversing the biological clock isn’t something a lot of people think is possible. Langer’s experiment suggests that this may be one of the reasons they can’t experience it.

Only because she considered it possible and ran an experiment to test it, her study’s participants “got younger” as a result.

The Biggest Problem with a Narrow Possibility Range

The main obstacle when it comes to living your best life may not be the struggle to act upon your goals. Rather, you may have a narrow horizon of what’s possible. This can stop you from coming up with the most optimal solutions.

There’s always one phase you go through before setting any goal. You may not be aware of it — but this doesn’t mean you skip it.

The phase I’m talking about is the ideation of your best possible life. You can’t skip it because your goals must be rooted in something. Just like you can’t build a house without an architectural plan, you can’t set goals without having at least a vague idea of where you want to go.

The problem with ideating our best lives is usually two-fold:

When either of these problems occurs, you become prone to the influence of others in setting your goals. Because you’re not exploring what you truly want and can do, you start looking outward for benchmarks of what’s possible.

This often results in chasing someone else’s dream instead of yours. For some reason, other people’s assessment of what’s feasible is often easier to honor than your own.

However, we all know that trying to live someone else’s life usually backfires. To avoid this, you can expand your perceived possibility range of what your best life could look like.

How to Expand Your Possibility Range

Langer’s experiment shows that some things only become possible once you believe they are. The participants of the study couldn’t have “gotten younger” if they weren’t open enough to partake.

But what if you struggle to believe that you’re capable of more? Here are four practical ways to expand your idea of possible.

1. Talk about your dreams to a friend

I did this exercise with my flatmate when we were both going through a difficult time. For 10 minutes daily, we would be telling each other about our ideal day. The point was to disregard any perceived limitations and focus solely on what we desired.

Verbalizing your dreams in front of someone puts you in a mode you don’t experience very often. You shift your perspective from being “realistic” to focusing on what you want. This trains your mind in embracing possibility before constraints.

I noticed that after telling my friend about my dream life, it didn’t seem out of reach anymore. After transforming my desires into words, they seemed much more realistic.

You’re probably somewhat aware of the repertoire of thoughts you tend to have. Some of them feel empowering and uplifting. Others, if they persist long enough, can bring you down.

For a long time, I thought I had no agency over my thoughts. Then, I realized that my most positive thoughts tend to occur in specific circumstances. After a good run, while in nature or the company of close friends, my thinking usually gets more positive.

These days, I deliberately create circumstances to encourage my best thoughts. These are the ones that frame me as a capable person with endless possibilities.

3. Look for the third way

In life, you’re often given a choice between A and B. When this happens, look for C. Regardless of what the society tells you, there’s likely a third solution to the situation.

For a long time, I struggled to decide what kind of lifestyle suited me best. On the one hand, I was drawn by the allure of digital nomadism and always being on the go. On the other, I wanted a home in the countryside where I could build a spiritual community.

Recently, I realized that I don’t have to make an either-or choice. I can have a house and leave it for a few months every year to be a digital nomad. But because the narrative around the “traditional” versus location independent lifestyle is so strong, it took me a while before I understood I could combine both.

Expanding your possibility range is about thinking outside of the box. Whenever an authority or the society offers you a dual choice, make sure you check for other options.

4. Meet people who do the “impossible”

As much as other people can constrain your possibility range, they can also help you expand it. Reach out to those doing something you don’t believe is possible for you.

Seeing someone do it is undeniable proof that it’s generally possible. The next step is to decide that it’s possible for you. This gets easier once you interact with someone who’s done it.

Meeting successful online writers enabled me to take a huge leap in what I believe is possible in my writing journey. The important part is to actually interact with those people, rather than just observe from a distance. It’s the personal exchange that allows you to get past envy and understand what it takes to make things work in your chosen domain.

In this case, being realistic about other people’s success can help you open up to your possibilities.

The plans you make and the goals you set are important. However, they aren’t the primary drivers in creating your best life.

They derive from what you believe is possible. If your perceived possibility range is narrower than it could be, the goals you’re setting may not be the most fulfilling ones.

The good news is that you can actively expand your possibility range. Take time to talk about your dreams, trigger your best thoughts, explore alternative solutions and meet people who do the impossible. Your beliefs will start changing — and so will your goals and their outcomes.

Marta Brzosko is a writer, meditator and founder of Self-Awareness Blog where she helps you tap into your inner knowledge. She believes that all the big answers can be found within – you just need to be willing to explore them. Connect with her on Twitter or Facebook.