Why You Need to Learn How to Be Alone 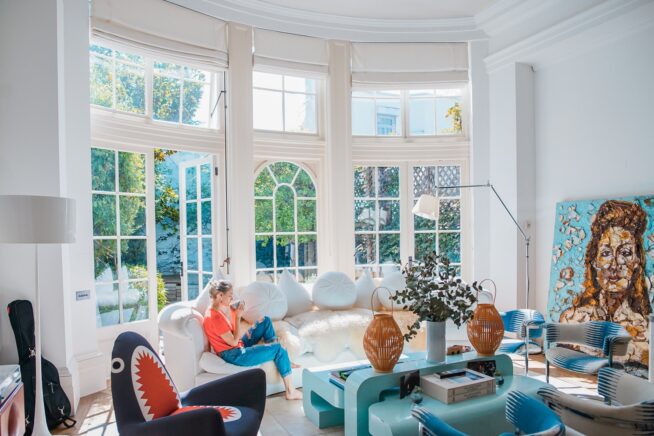 A few days ago, I moved from Poland to Edinburgh.

That’s not the first time. I did the exact same thing back in 2015. Since then, I’ve been coming here on and off, wrestling with the idea of staying for longer.

And here I am, starting a not-so-new life all over again. Let’s see how long I will last this time.

I once heard someone say that “Edinburgh is a place where people come to integrate their shadows.” This certainly rings true for me. On the one hand, whenever I came, I always connected with people very easily. But on the other, I usually spent an immense amount of time on my own, too. The latter allowed me to face my personal demons.

Once I learned to enjoy my own company, the rest of the world also became more agreeable.

These past few days, I’ve been wandering around the city and getting a feel for my new life. To settle in a new home, it takes time. I spend much of it reflecting on the chapter that just ended.

I also have a lot of thoughts about my first move here in 2015.

Back then, for the first time in my life, I felt what it means to be alone. This sometimes bordered on loneliness — but only slightly. Mostly, I was just experiencing detachment from my roots and a chance to establish a whole new identity.

That identity emerged from lots of time I spent just with myself.

I started cycling to work, instead of using public transport. I discovered that I could go for a hike, coffee or to a movie on my own. I started becoming aware of some feelings that I’ve been suppressing most of my life.

It felt like I was meeting some new person whose presence I’d never acknowledged in the past.

Before coming to Edinburgh, I’d always been functioning within a group. I rarely had an opportunity to function as an independent human being. My decisions were based on what the people around me did. For the most part, I was a follower, who only occasionally led.

All of that started changing when I got used to spending time on my own. I discovered that being alone was as challenging as it was rewarding.

Alone time started seeming like a basic ingredient of a balanced lifestyle.

I don’t know many people who are comfortable on their own. To be clear, by “being on your own” I don’t mean sitting with your face glued to the phone. That’s just another form of interaction (or distraction).

Being alone means spending time with yourself without consuming other people’s thoughts. To be with yourself is to openly experience your thoughts and feelings. It’s also about accepting your circumstances without being sucked in by them.

If you’re not comfortable alone, you’ll avoid this experience by looking for external events to engage with. You’ll start small talks just so you don’t have to hear the silence. You’ll stream your life to friends on Facebook or Snapchat.

Now, there’s nothing inherently wrong about those things. However, they usually exclude the possibility of feeling truly alone. They allow you to escape your own presence by directing your focus outward, rather than inward.

This is all fine up until a point. When something in your life calls for an adjustment — for example, you want to change your job, leave a relationship, or improve your mental health — time spent alone is essential to make the right move. It’s virtually the only way to hear your inner voice. That voice can tell you what exactly is off and what to do about it.

Of course, you will still get help from other people in the process. But in my experience, a solid amount of time with yourself was always essential to progress to the next level.

You may be scared of being alone because you mistake it for loneliness. But there’s an important distinction between these two states.

When you feel lonely, it’s because you believe there’s something wrong about how you engage with people. There’s either not enough connection in your life — or the connection you have doesn’t feel right.

Either way, loneliness is rooted in the fear that if life continues like this, something horrible may happen. You may get depressed, perish, or other people may take complete control over your life.

Being alone, on the other hand, is a fear-free state. You don’t interact with people, but you also don’t perceive it as a threat. Instead, it’s an opportunity to have an experience that’s unattainable in the presence of others.

At university, I used to spend almost all my time with people. I didn’t realize how never being alone disabled me to think for myself. I’m quite prone to social influence — but that was hard to acknowledge when I was always with others.

In the flat we rented, I used to share a room with a friend. We’d wake up, eat breakfast and go to lectures together. There, I’d interact with other students and teachers all day long. In the evenings, we’d usually go out or stay at home with my flatmates and chatted until bedtime.

Again, there was nothing inherently wrong with this. But because I rarely experienced days when I was alone for longer than half an hour, it made me very confused. While constantly consuming other people’s thoughts, I had no chance to notice mine.

As I found out later, tending to my thoughts and feelings was the only way to live truer to myself.

Fast forward to 2020, and here I am in Edinburgh, experiencing aloneness again. After a year of living with my parents, being on my own feels like a blessing. Although I still feel a bit shaky after the move, I know that this experience will serve me.

Of course, there are many questions which I still don’t know how to answer. How do I go about my writing? How long am I going to stay here and with whom? What will my life look like three months from now?

Such uncertainty can throw you out of balance — but not when you take the time to meet and listen to yourself. Being in Edinburgh enables me to do this. Although I want to make new friends here, I’m also ready to spend as much time on my own as required.

Being alone used to feel scary when I first experienced it. It doesn’t anymore. Sure, the thoughts I’m thinking and the feelings I’m feeling can be uncomfortable. But because facing them isn’t foreign to me, I already know how to handle the discomfort better.

While some of my thoughts are valid signposts, others symbolize self-doubt, grief or rage. It takes time to be able to tell one from the other.

However, being able to hear them at all is already a game-changer. This is what learning how to be alone empowers you to do.

Marta Brzosko is a writer, meditator and founder of Self-Awareness Blog where she helps you tap into your inner knowledge. She believes that all the big answers can be found within – you just need to be willing to explore them. Connect with her on Twitter or Facebook.