4 Essential Truths Holding You Back from a Better Life and What to Do to Become Your Best Self. 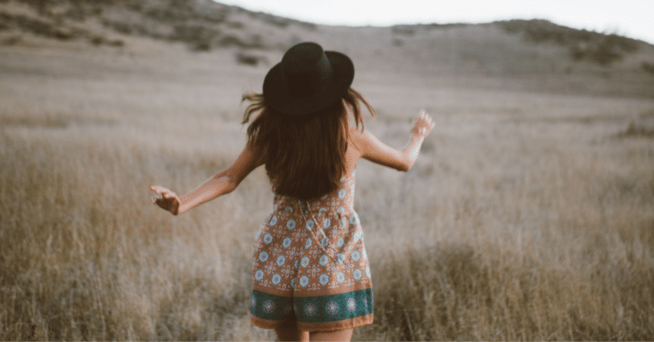 “We are not satisfied with our real life. We want to live an imaginary life, a life in which we seem different in the eyes of other people than we are in reality.” — Blaise Pascal.

Do you spend a lot of time reading self-improvement articles on Medium?

Have you bought a bunch of self-help books in recent months, trying to become a better version of yourself?

We all enjoy the idea of being better, and we like to tell people that we’re “working on ourselves.” But there’s a difference between that and achieving real, lasting improvement.

Is there a real drive to change, deep down inside of you — or are you just reacting to peer pressure, TEDx Talk overload, and exposure to Insta bods?

I know because I’ve been there. I know now that trying to reach perfection and give myself too many rules is counterproductive and a great source of stress and unhappiness.

We are Living in a Culture of Guilt.

You don’t read a book per week → you’re lazy and also dumb.

You’re not following a strict vegan/Keto/Paleo diet → you’re going to get fat and die young (and alone).

You don’t go to the gym five times a week → you’re lazy, fat, alone, and you also won’t ever get anything done in life.

Unfortunately, it’s easy to believe these guilt-tripping lies. We can get caught in a spiral of self-improvement that forces us to do things we don’t enjoy.

In this rush to become better at all costs, we sometimes go against our nature.

Now, I’ve read a lot of books on productivity, and I’m not planning to stop. I find some successful people really inspiring. I honestly love having a routine, and I think it’s important to keep learning about ways we can work on our physical and mental health.

I’m not telling you to stop looking for role models. Just make sure to do it for the right reasons — and choose your inspiration wisely.

“It never ceases to amaze me: we all love ourselves more than other people but care more about their opinions than our own.” — Marcus Aurelius

Unfollow those body-shaming influencers, do it right now.

Life will go by faster than you know. Don’t waste it on trying to impress others.

As corny as it may sound, I love this passage from The Notebook:

“She felt clumsy at first, worrying that he saw every mistake, but then she realized her own insecurity. He didn’t care about things like that. He never had.”

The people who love you will embrace most of your shortcomings. They don’t want or expect you to have a perfect body (or a flawless workplace performance, for that matter).

As for everyone else? Well, they most likely don’t care about you, and that’s wonderful.

Your friends might give you likes when you post a glamorous picture of yourself, but deep down, do they care? More often than not, they’re just going through the motions. They might be as busy as you are, trying to get more likes and hoping you’ll give them some love in return.

Humans are selfish animals, and there is great freedom in realizing that.

Life becomes much simpler when you understand that other people’s thoughts have no power over you. Stop trying to please the crowd, and start doing what makes you happy.

Free yourself from everything that isn’t making your life better.

I’m not just talking about Marie Kondoing your way through the clutter in your home, although that’s an excellent way to pass the time right now (by the way, here is Kondo’s advice about finding joy while you’re in lockdown).

The truth is that tidying your house won’t help if the problem comes from other people.

When I was in my twenties, I spent a great deal of time with my friend group. We were all foreign students living in China. Though we were a tight-knit group, the only reason we became friends was that we were all from the same school, speaking the same language and sharing the same culture in a foreign land.

As soon as I left China, I realized that some of those connections were draining me and making me feel guilty and hopeless. They spewed so much negativity and resentment towards their life in China, their spouses… these people weren’t kind. And they had no plans to do anything about the things that were bothering them.

They seemed to revel in pessimism and pettiness.

It can be toxic to listen to someone complain about a situation, while not doing anything to change their reality. Leave them be and never look back.

Why waste your time on people you don’t really like, and why try to fit their worldview? Why even keep in contact with them?

Decide who in your life drains you of energy, delete them from your social media accounts, block them on your phone, just cut them out of your life.

All you need is a handful of terrific friends who bring you positivity and lift you up. Don’t keep negative people around out of habit, misplaced loyalty, or the desire to be everyone’s friend.

Imperfection can be a bitter pill to swallow when everything around us seems shiny and flawless. But the pursuit of perfection is tiresome and ultimately hopeless.

Instead, you should embrace the concept of Wabi-sabi.

The term wabi-sabi (侘寂) comes from Japanese aesthetics, but it is also a philosophy you can follow in life.

Wabi-sabi focuses on the acceptance of imperfection.

The term is created through the combination of two ideas:

Together, these concepts mean something like this: we should accept and appreciate the imperfect and impermanent nature of all things.

If you have a moment, I recommend that you learn more about wabi-sabi — the real definition is more nuanced and beautiful.

To sum it all up, if you want to become your best self:

And last but not least, take the time to celebrate who you are, and see the beauty in your failures and unique flaws.