The Rude Monks Who Taught Me about Self-Compassion 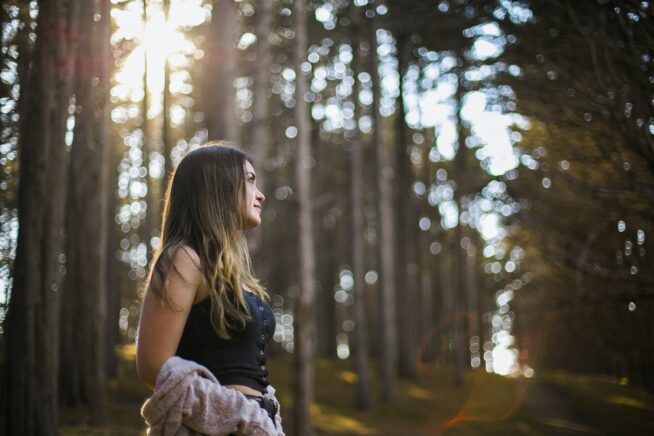 The phone screen flashed to notify me that I had received a new message. I opened it to be met with an incredibly generous offer:

“Notre petite fleur, will you bless our Hawaiian home with your presence in January? Don’t you think that Canada should share you with us a little bit? You can come stay with us. What does your heart say? Paul Richard and Christine.”

Yes, my heart said yes! I booked a flight within the hour, driven by my eagerness to escape the freezing and somber Canadian winter. I packed my suitcase and was gone the following week.

Two years prior, I had lived on the big island of Hawaii for a period of several months and had met Paul and Christine while working at a charming little French café. One morning, they came in for brunch. Our friendship blossomed through one of these rare meetings, where you adore each other from the get-go. We became friends for no apparent reason; we both wordlessly agreed that it was a meant-to-be connection.

I spent a few placid months with them on the lush volcanic island, eating avocados the size of a toddler’s head, hiking through fields of dried lava, and indulging in an abundance of remarkable sunsets. In between these adventures, I continued to work at the French café for the sole purpose of eating countless crepes and meeting interesting individuals.

It was especially slow at work that day. I was passing the time by chatting with Flo, my cute, tiny boss, while enjoying a latte and a lilikoi macaron. By the time our only clients had left, I noticed they had forgotten a book behind. I grabbed it and read the words inscribed on the cover: The Art of Happiness, by Its Holiness, The Dalai Lama. The customers had mentioned that they would be catching a flight back to Europe that very morning, so I felt no guilt taking the book home with me after my shift had ended.

The book’s simple yet profound Buddhist philosophy captured my heart’s full attention and planted a seed of desire within me. It compelled me to take an adventure into the land of Buddhism. Immediately, I knew of the perfect place to go: Dharamshala, a hillside city located in India, which is home to the Dalai Lama and exiled Tibetan people.

The seed soon sprouted into a complete obsession.

When April arrived in a pastel bloom, I packed my few belongings and flew to India. In the charming mountain town, I rented a cozy, bright green room made entirely of glass. It was perched so high up that I quite literally slept in between the treetops.

All my days followed a similar pattern: exploring Tibetan culture and indulging in Tibetan food. Each morning, I woke as the first ray of light peeked over the edge of the Himalayas. I got up, wrapped myself in my most treasured pashmina, and sluggishly walked to my favorite chai shop. Numerous vendors were trying to sell me an array of things that I would never need. 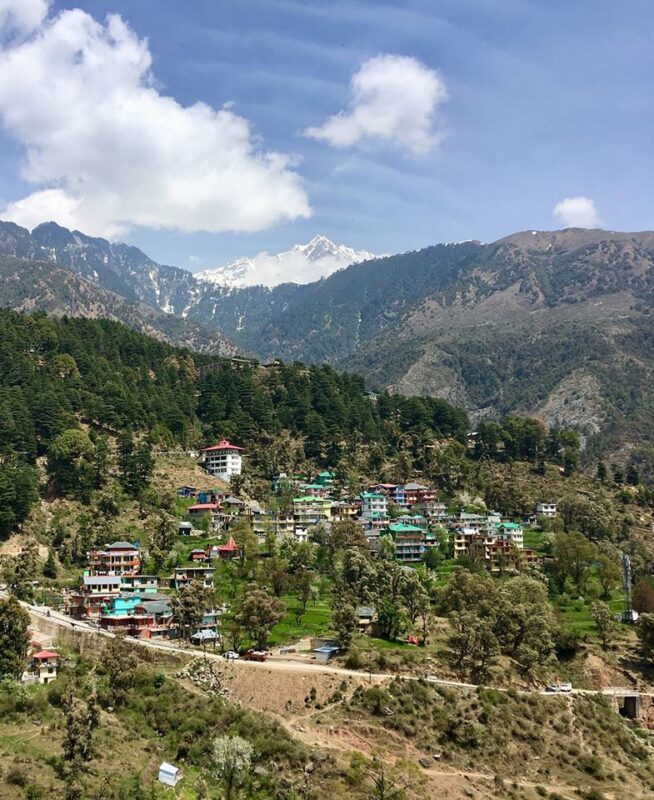 The lively narrow streets were filled with an overwhelming amount of chaos and marvels. Scattered in no specific order, the streets were decorated by frantic tuk-tuks, massive buffalos, hurried motorbikes, steaming food stands, and sellers of knick-knacky items. Each fought desperately to claim a space.

Chai in hand, I made my way toward the Thekchen Chöling Temple, where the Dalai Lama and his fellow monk reside. The monastery was a true beauty, and I was mesmerized by its golden wonders, sacred text, and holy candles. People gathered in huge numbers to worship on this sacred ground.

In a dry little garden, monks were training with one another. While one was sitting cross-legged in meditation, his companion would clap his hands in an exaggerated manner near their ears, while verbally hurling a plethora of insults. It was meant to help the monk practice patience in the face of adversity. In that moment, my sound-sensitive self swore to never become a monk.

Near the exit door was a library, in which two monks were studying a hefty book about Zen. Intrigued, I decided to venture inside. I was in awe of the exquisite peacefulness of the place, until one of the studying men in red robe stood up and began shouting at me.

When I say shouting, I mean he was hysterical, waving his hands in manic gestures. I understood none of the words shoved at me, but the essence of the message was pretty clear: He was pissed.

He stood up, pointed me to the left side of the door, where an easy-to-miss-sign was hanging: “Please take off your shoes.”

I apologized while bowing half a dozen times to him. He turned around and went back to his studies, mumbling angrily. Bewildered by such anger, I left the temple in search of a snack to comfort my shaken self (I’m a bit of an emotional eater).

A few momos (steamed, delicious, potato-filled dumplings) later, I was on my way back to my room. My spirits were still a little low—after all, a holy being had gotten angry at me. As I was lost in thought, I heard a nearby commotion.

“Watch out!” someone yelled.

Just a few meters behind me was a car loaded with monks – five of them, to be precise. The one in the conductor seat, with clearly poor driving skills, was going at an unreasonable speed for such precarious roads.

When he finally saw me, I was already standing flat against the brick wall. There was nowhere I could go to avoid the upcoming accident. I was only wearing a cheap pair of sandals when the car rolled over my feet and exposed my bone. The impact also squished my entire body against the wall, heavily bruising and scratching my arms and hands.

Not only did they not stop to ask if I was alright, they laughed. They were actually cracking up! Doing what seemed like an “I’m sorry” hand gesture, they kept on going.

Now, “flabbergasted” is not a word I’ve ever recalled using, but flabbergasted I was! What the hell was up with the monks of the world today?

Limping to the pharmacy for some bandages and then limping some more toward my dwelling, I made a conscious effort to avoid any bald-headed-robe-wearers that I would cross on my way. One cannot be too prudent.

Arriving at the guesthouse, a curly-haired English man was seated on the porch, smoking some herbs.

“What happened to you?, he asked.

I rambled grumpily about my lamentable series of misfortunes.

“Mercury must be in retrograde,” he offered as explanation. “I wonder if you’ll get superpowers from it. Like Spider-man, you know? Maybe you’ll wake up holy.”

“Yeah, let’s hope that I wake up super wise, or something,” I answered grumpily, before limping inside and taking a nap.

It turns out that I did wake up a touch wiser. Stuck and surrendered to bed rest, I was journaling about the uncanny events from earlier that day. In my writings, it came to me that these monks, in their recklessness and moodiness, had left me scarred with something precious.

Something I had been missing all along my spiritual path: the soft practice of self-compassion.

For years on end, I had developed a terrible habit of being unnecessarily hard on myself. Striving for faultlessness in my every action, I was constantly hovering an invisible punishing stick above my own head. I was always ready to whack myself for not being good enough—for not doing good enough. Not evolving fast enough. Nothing was ever enough.

That day, a man who dedicated his entire life to studying and embodying love and kindness had lashed out aggressively at me for a single matter of forgotten shoes. Men who are supposed to be mindful and swore to harm no one had distractedly ran me over, giggled, and left me injured on the side of the road.

If these disciplined individuals could allow themselves tantrums and misconduct, perhaps I could also grant myself a little grace. That afternoon, right there out of my room’s window, I tossed the punishing stick I used to carry with me into the cedar forest. I swore that it would no longer hover over me on every step of my journey.

Free from impossible self-expectations and newly surrounded by the warm embrace of self-compassion, I joyfully limped through the rest of my trip, thankful for how healing the raw human flaws of these monks had been. 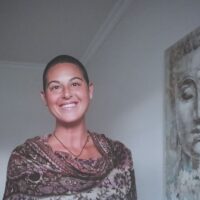 Emilie Button is a passionate Transformational Coach, writer, and story collector. As a coach, she specializes in: Holistic wellness and spiritual and personal growth www.upbrightcoaching.com/.