Want to Be a Winner? Think Again – As These Are the Losses You Face.

“Success is whatever humiliation everyone has agreed to compete for.” – James Richardson

Do you want to be a winner?

We all do, unoriginally. We believe that the other option is to be a loser, and no one, under any circumstances, would want that, god forbid.

As Pascal Mercier puts it,

“It’s not the pain and the wounds that are the worst…The worst is the humiliation.”

Most of us see the world as a battlefield where we can either win or lose. Under these conditions, we must fight, and we must always win. Because if we lose, what will the neighbors say?

As a result, we turn our world into an all-out war.

The (Not So) Civil War

Seeing each other as rivals imposes wars practically everywhere, from our homes to our entire riven world.

We fight with our beloved spouses over the division of the work- and other significant issues (like the right way to raise kids, handle our in-laws, or prepare for going out.) For the time being, until all of these trivial battles will be decided once and for all, we innocently turn our life together into a living hell.

Meanwhile, we fight with our dearest aforementioned kids because we know best. In the process, we lose their closeness and sometimes their respect as well, but we usually fail to notice it because we’re focused on being right.

At work, we fight with our colleges over recognition and promotions. Our competitiveness enables our grateful workplaces to work us much harder and longer, which harms our desolated families even more. Besides, we find ourselves alone in our workplaces, too, and have to reinvent the wheel for ourselves over and over again.

At the end of the day, we tend to deliberately turn our lives into a battle zone, and then wonder why life is so difficult.

Seeing others not as allies but as rivals, whether in a competition or a fight, does not only make us feel isolated and lonely. It also prevents us from getting assistance, and therefore prevents us from the success we pursue.

“If you’re overly competitive, you say it is…a zero sum game: I must win so he must lose. That’s not true. We can all win without forcing the other guy to lose…Good films help other good films. Different psychology.” – Oliver Stone

Seeing the world as a war, and having to be the winner, pushes us to countless bad decisions.

Decisions we didn’t even consider.

Our associates and loved ones, however, aren’t the only people we tend to fight with. We fight strangers, too. And the price may be just as painful.

Many drivers, for example, can’t restrain their competitiveness on the road, though it doesn’t take a genius to predict the deadly results.

But the war doesn’t end in our immediate neighborhood. It also determines the face of our politics, where the rivalry between groups distracts us from focusing on creating beneficial governments.

In addition, it determines the face of our economy, where we let rich so-called winners widen inequality and trample everyone else.

“Nobody talks more of free enterprise and competition and of the best man winning than the man who inherited his father’s property.” – C.W. Mills

Worst of all, our belligerence determines the face of our global (dis)unity, so we don’t join forces against the biggest dangers we face (like Coronavirus or climate change).

“Our species will not survive another 100 years if we don’t move from a competitive to a cooperative mode of existence. ‘Me first‘ is an obsolete, unsustainable perspective.” – Marianne Williamson

However, we still hinder each other, while destroying our planet and our children’s future.

As Albert Einstein puts it,

“In previous ages a nation’s life and culture could be protected to some extent by the growth of armies in national competition. Today we must abandon competition and secure cooperation. This must be the central fact in all our considerations of international affairs; otherwise we face certain disaster.”

Yet, instead of addressing our real problems, we focus on our imagined rivalries.

But it doesn’t have to be that way.

Essentially, being a winner and being a loser are two sides of the same coin – the coin of choosing to be in a war.

World War II demonstrates it clearly. Hitler, on the one hand, seemed for some time to be the biggest winner of all, and soon afterward turned into the biggest loser. But Hitler, like any other bully, was already a loser when he waged the war, because violence is the weapon of the weak. Hitler didn’t change: all along, he was a pathetic hateful wimp, who was willing to sacrifice everyone else in order to gain some self-worth.

Unfortunately, we know the type.

His opponent, Churchill, on the other hand, was neither a winner nor a loser. Not even when he triumphed over Hitler and won WWII. Because Churchill, even when he led the war, never felt he had to personally prove himself by becoming the winner.

“In the course of my life,” he wrote, “I have often had to eat my words, and I must confess that I have always found it a wholesome diet.”

Churchill never played that game of arm-wrestling war, which many of us create everywhere. Instead, he gave everything for what he believed in – a world of freedom and justice.

“You may have to fight when there is no hope of victory,” he wrote, “because it is better to perish than to live as slaves.”

He didn’t need to be known as the winner. He needed “to do what’s required.”

Therefore, Churchill didn’t use the winners’ tool – fight, but the opposite tool – cooperation. (As much as the leaders involved were able to, anyway. Stalin, for instance, wasn’t known for his cooperative character. Nevertheless, the Allies couldn’t have won without cooperation.)

Because cooperation, essentially, is the opposite of war.

Indeed, cooperation is not trivial. It requires us to define what we really want and where our boundaries are – and then find a suitable solution for everyone.

Not an easy task.

Yet, in real life, cooperation is the only way to gain success. It is also the only way success can be genuine.

“Judge your success,” the Dalai Lama says, “by what you had to give up in order to get it.”

The prices for “successes” acquired by all kinds of wars are enormous. Some of them are loneliness, workaholism, friendlessness, accidents, corruption, inequality, plague, and the destruction of our planet.

Not the universally desired goals.

Therefore, when we analyze the bottom line of most “successful” lives (as we should), we find that these “winners” are usually in tremendous debts. We find that they often borrowed others’ efforts, happiness, and even safety for their questionable success, and they will never be able to pay it back.

Being such an indebted winner means actually being a big loser.

Cooperation is the wise decision to make.

A few consequences of the win-lose concept are domestic fights, unprofessional enmities, roads competitiveness, inequality, wars, plagues and global destruction – all take a hideous toll on us.

Too long a time, we lost too much for an illusionary concept of success.

“You have a real life if, and only if, you do not compete with anyone in any of your pursuits.” – Nassim Nicholas Taleb

Truthfully, no one really wants this eternal fighting. Everyone knows that fighting makes us miserable, whereas togetherness makes us happy. Because in war, there are no winners, only losers.

So maybe it’s time to put an end to our wars. We better not live through competitive fights any longer. Instead, we better be happy together.

We better be neither winners nor losers, but cooperators.

One decision at a time.

One cooperation at a time. 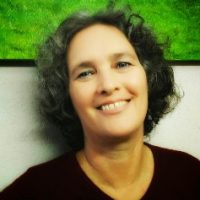 Author Estee Horn comes from a long line of not-so-warty healing women. She uses their word-craft, as well as her MA in Eco-Psychology, to help people simplify life and be happier. Get her free life-changing checklist of 15 Habits That Create Happiness.