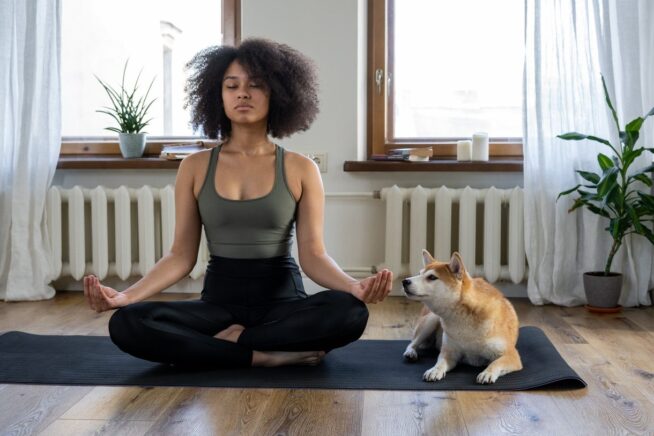 When I was 15, my best friend, Emily, offered to bring me to her Catholic church. Just to see, she said. You might like it.

I was profoundly in love with her. She was beautiful and funny, and we were inseparable. She had a chin dimple and soft skin, and she used to hook her arm in mine when we would walk down the street. I think she thought it was a joke.

We only ever fought about two things: abortion and gay rights. I was in favor of both. She thought I was a heathen who was (in her unspoken opinion) definitely going to hell.

We used to drive around in my Ford Explorer and go horseback riding and spend Friday nights watching made-for-TV movies. I would wipe sweaty tendrils of hair away from her face and whenever we weren’t physically together, we would talk for hours on the phone about nothing.

I envisioned us growing old in a pair rocking chairs, having lived a very long and very gay life with one another. In the fantasy, we were surrounded by dogs. Our home had a gigantic library with one of those sliding ladders, and a big garden. In my mind, it was all so very queer and beautiful.

The only hitch in my plan was that she was straight and Catholic.

When she wanted to take me to church, I was apprehensive. My family was not religious. My father would tell people that we were druids who worshiped trees. This was hyperbole, perhaps, but it wasn’t necessarily untrue. Every surface of my bedroom was covered with crystals and candles and tarot decks and little items I’d collected from nature to add to my room-size altar. I’d pick them up while out on trail rides: stones, pinecones, feathers, bits of lichen, sometimes a whole abandoned bird’s nest.

On a trip to San Francisco in high school, I bought my first book about Buddhism and meditation. It probably had an insulting title, calling me lazy or stupid. Still, I closed my eyes and tried to follow the instructions to the letter, like a real life Lisa Simpson, trying to win at mindfulness.

I was convinced that if I just did Buddhism perfectly, I would be magically free from my teenage stress and self-hatred. I would become good.

I sat in my purple bedroom, surrounded by the accoutrements of an aspiring maximalist Buddhist witch, and tried to meditate. To describe my first time meditating as torture would be generous. My legs and back ached. My school uniform itched. It was like regular life, just quiet and dark, yet full of chatter about how I was doing it all wrong.

Eventually, I caved and let Emily take me to church. As much as I feared the part where I was going to hell, I craved the belonging and the ritual of a spiritual life. I dressed the way I thought I was supposed to dress for church: it probably involved tights. I had to stand in the back because when we arrived, there were too many “real” worshipers already there.

I wasn’t allowed to take communion because I hadn’t gone to confession. Emily skipped to the front of the room, and her soft eyes turned to me as I stood with my back pressed against the wall, struggling to disappear. I flipped through pages in the book someone handed me, but I was always a step behind what I was supposed to be reading. I was half a beat late to each call-and-response. On the drive back, Emily kept shaking me by the arm, asking me what my favorite part was.

When I went to college, Emily and I stopped speaking. There was no drama—she just stopped taking my calls. It both broke my heart and made more sense than anything ever had: we were never going to that perfect life I’d invented.

My first semester, as part of both finding myself and recovering from my first real, actual heartbreak, I rediscovered Buddhist meditation. Despite my false start with faith in high school, I took a comparative religion class my first semester. I wrote my final paper on Buddhism, and started cobbling together a meditation practice for myself in my dorm room.

I listened to meditations on my Discman, trying not to fall asleep or let my legs go numb. Trying to follow my breath and losing it almost immediately. I would sit in meditation for as long as I could stand it. My legs would cramp, and then I would sit some more.

I learned that Buddhism offered many of the same opportunities for accessorizing as my homespun high school teenage witchcraft practice. I collected shawls and strands of beautiful malas, and gradually little items for my home altar. I gathered cushions and collected mantras. But ultimately, Buddhism didn’t care how pretty I could make my meditation. There was no Instagram yet where I could post pictures of my altar or smiling post-meditation selfies. No one was there to grade my sitting. It was up to me.

Buddhism recognizes that everyone suffers.

Not because they are good or bad—but because to be human means to suffer. By that criteria alone, I felt imminently qualified. It felt like a nice change of pace to be preapproved in this way, especially once I found nothing that indicated I was going to hell because of who I was. (After my last brush with spirituality, I double-checked.)

On a silent meditation retreat, there’s no place to run. Simple bed, simple food, the same schedule every single day. There’s no “next,” there’s just more of the thing you just had: sit, meditate, walk, meditate, eat, meditate.

You might mix it up by drinking a different kind of tea or putting honey on your oatmeal at breakfast.

More than anything else, no one is special. There’s no VIP section. Whatever it is you’re hiding in your day to day life, no one cares on retreat. They’re too busy working out their own drama. Between this and the guarantee of suffering, I was utterly hooked. This is a spiritual practice where everyone who shows up is just as flawed and fucked up as I am? Wonderful!

When I was pregnant with my son, I spent eight days in silent meditation at a retreat focused on cultivating metta: lovingkindness.

The practice of lovingkindness involves repeating a set of phrases wishing others well, again and again, for different recipients as one moves through the practice. I spent days repeating these phrases of lovingkindness for various people in my life. On the final days of the retreat, we were instructed to focus the phrases on a difficult person in our lives.

My former best friend landed squarely in my mind’s eye. I could picture myself sitting on Emily’s couch in her TV room: the sweaty texture of it against the backs of my thighs, the two of us eating white pizza, her little chin dimple. I could feel the backs of my fingernails against her face, as I moved a tendril of hair off her forehead.

I struggled against the image, feeling abandoned all over again, sitting in a silent meditation hall 3,000 miles away and 15 years later, shivering under my meditation shawl against the chill.

I sat in the meditation hall, everything damp and cold from the January rain. This is considered the “advanced” work: to wish well a person who has created pain. I got as far as, “May you feel safe.” I repeated it a few times, halfheartedly flinging the phrase in her general geographic direction. Then, like a bored kid in school who finished the pop quiz too early, I sat back in my chair, just waiting for the morning bell to ring. My pre-breakfast hunger was making the baby kick me in my right-side ribs, so I counted kicks, waiting for the minutes to tick down so that I could at least be eating while my past haunted me.

In my private meeting with my teacher that day, I asked whether it still counted if I could only manage to sincerely wish for the first phrase for my difficult person.

“All I can manage to give her is the hope that she feels safe and doesn’t get hit by a bus.” I was pretty sure, at this point, that I had managed to fail Buddhism.

“It all counts,” She said. “What if that were your whole practice for this person right now? What if you just only wished for her to be safe, until you’re ready to chip away at the rest of it?”

I could create the conditions for Emily’s safety—or at least, the hope for it—through my practice. And while I could never feel safe in the spiritual home she made for herself, I’d been able to carve out that space not just for myself, but for both of us, in mine. I felt guilty at the time that I couldn’t do more than that.

But in the meantime, no one cast me out or called me a failure. I was allowed to stay in the room, to sit and breathe, and run my fingers along the beads of my mala, repeating my phrases silently with tears running down my face. I was allowed to show up and still be a little bit petty. That was a part of my practice, too. 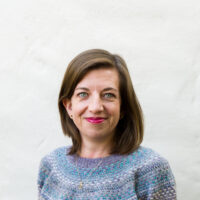 Christy Tending is an activist, educator, and writer. She teaches online courses about sustainable self-care to students all over the world, and hosts the podcast Tending Your Life. She lives on occupied Ohlone territory (Oakland, CA) with her family. You can learn more about her work at www.christytending.com.