Soaring With Your Strengths: Sometimes Even Eagles Need a Push! 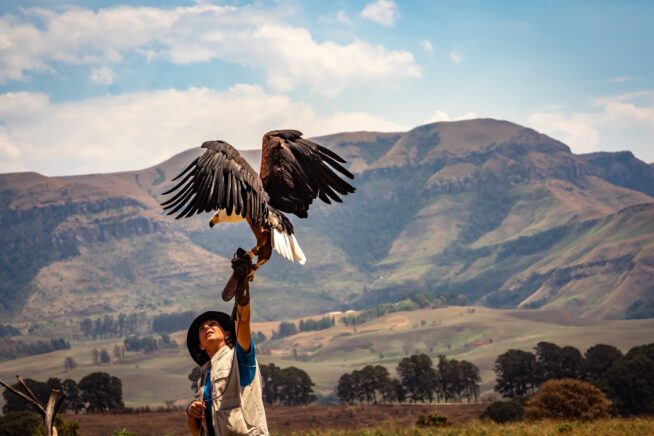 “One can never consent to creep when one feels an impulse to soar.” — Helen Keller

I’ve read many versions of the fable about an eagle who thought he was a chicken and have been unable to find the original source. Dr. Eldon Taylor, author of “Choices and Illusions,” has an inspiring U-Tube video about the fable that can serve as a “pick-me-up” if you’re having a day when you don’t feel capable of soaring.

I love this story because I believe it illustrates how our life is either limited or expanded by both our day-to-day environment and the limiting beliefs, we hold about who we are capable of becoming.

The fable also shows how one individual, who sees the potential we cannot see for ourselves, can provide the push we need to become what we’ve always been capable of being.

I included the story in my book: “Defining Moments: Seizing the Power of Second Chances to Create the Life You Desire,” and am sharing below in hopes that it will provide the “lift” you may need to soar.

“THE EAGLE WHO THOUGHT HE WAS A CHICKEN”

When the eagle was very small, he fell from the safety of his nest. A chicken farmer found the eagle, brought him to the farm, and raised him in a chicken coop among his many chickens. The eagle grew up doing what chickens do, living like a chicken, and believing he was a chicken.

A naturalist came to the chicken farm to see if what he had heard about an eagle acting like a chicken was really true. He knew that an eagle is king of the sky. He was surprised to see the eagle strutting around the chicken coop, pecking at the ground, and acting very much like a chicken. The farmer explained to the naturalist that this bird was no longer an eagle. He was now a chicken because he had been trained to be a chicken and he believed that he was a chicken.

The naturalist knew there was more to this great bird than his actions showed as he “pretended” to be a chicken. He was born an eagle and had the heart of an eagle, and nothing could change that.

The man lifted the eagle onto the fence surrounding the chicken coop and said, “Eagle, thou art an eagle. Stretch forth thy wings and fly.” The eagle moved slightly, only to look at the man; then he glanced down at his home among the chickens in the chicken coop where he was comfortable. He jumped off the fence and continued doing what chickens do. The farmer was satisfied. “I told you it was a chicken,” he said.

The naturalist returned the next day and tried again to convince the farmer and the eagle that the eagle was born for something greater. He took the eagle to the top of the farmhouse and spoke to him: “Eagle, thou art an eagle. Thou dost belong to the sky and not to the earth. Stretch forth thy wings and fly.” The large bird looked at the man, then again down into the chicken coop. He jumped from the man’s arm onto the roof of the farmhouse.

Knowing what eagles are really about, the naturalist asked the farmer to let him try one more time. He would return the next day and prove that this bird was an eagle. The farmer, convinced otherwise, said, “It is a chicken.”

The naturalist returned the next morning to the chicken farm and took the eagle and the farmer some distance away to the foot of a high mountain. They could not see the farm nor the chicken coop from this new setting.

The man held the eagle on his arm and pointed high into the sky where the bright sun was beckoning above. He spoke: “Eagle, thou art an eagle! Thou dost belong to the sky and not to the earth. Stretch forth thy wings and fly.” This time the eagle stared skyward into the bright sun, straightened his large body, and stretched his massive wings. His wings moved, slowly at first, then surely and powerfully. With the mighty screech of an eagle, he flew.

People who soar are those who refuse to sit back, sigh, and wish things would change – without them having to change anything in the process.

They neither complain of their lot nor passively dream of some distant ship coming in. They are not quitters; they will not allow life’s circumstances to push them down and stifle their desire to soar for very long.

If you’re feeling the impulse to soar, it’s time to stop consenting to creep. Maybe all you need is a little push to move you from where you are to where you could be.

Change – whether chosen or unexpected – can provide that push if you see it as a second chance to become what you always knew you could be. Maybe it’s time to take that leap of faith and see how high you can soar. 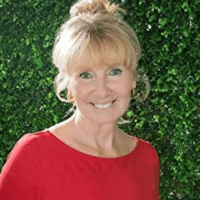 Over the past 30 years, Rita Burgett Martell has provided career and change management coaching to thousands of individuals across multiple industries, professions, and countries. She is the author of two books: “Change Ready: How to Transform Change Resistance to Change Readiness: A Manager’s Guide to Managing and Sustaining Change in the 21st Century Workplace” and “Defining Moments: Seizing the Power of Change to Create the Life You Want.” Connect with Rita on Twitter, Facebook, and check out her website.